Close
Zutty Singleton
from Bunkie, LA
May 14, 1898 - July 14, 1975 (age 77)
Biography
Along with Baby Dodds, Zutty Singleton was one of the two major drummers to emerge from the formative period of jazz in New Orleans. He accompanied such noted New Orleans jazz musicians as Louis Armstrong, Jelly Roll Morton, and Sidney Bechet. But he also played behind Charlie Parker and Dizzy Gillespie, the leading lights of the bebop era. And though he rarely recorded as a leader, he led his own small bands on and off throughout his lengthy career.

Singleton grew up in New Orleans, the nephew of musician Willie Bontin Bontemps, a bass, guitar, and banjo player. He made his first professional appearance with Steve Lewis at the Rosebud Theatre in New Orleans in 1915, and after that he sometimes worked with John Robichaux. He served in the Navy during World War I and after the war returned to New Orleans where he briefly worked as a chauffeur before getting a job with Tom's Roadhouse Band. He then played with Big Eye Louis Nelson and Papa Celestin and led his own band at the Orchard Cabaret before joining Luis Russell's band at the Cadillac Club in 1921. In late 1921, he got a job with Fate Marable, who led a band on a riverboat that went up and down the Mississippi. He remained with Marable through 1923, and made his first recordings with Marable in 1924. He moved to St. Louis to work with Charlie Creath and married Creath's sister, Marjorie, a pianist. He moved back to New Orleans after a year and worked with Charlie Lawson, but he soon joined the stream of jazz musicians moving to Chicago, where he played with Doc Cook, Dave Peyton, Jimmie Noone, Clarence Jones, Carroll Dickerson, Vernon Roulette, and his own band during the mid- to late '20s.

Singleton had encountered Louis Armstrong both in New Orleans and in Chicago. In 1928, he participated in Armstrong's ongoing series of small group recordings for OKeh Records generally known as the Hot Five recordings, and in 1929 he recorded in a trio with Jelly Roll Morton and Barney Bigard; these recordings made him much better known.

In 1929, Singleton accompanied Carroll Dickerson's band, which was backing Louis Armstrong, in a move to New York City. There, in the late '20s and early '30s he played with Alonzo Ross, Vernon Andrade, Fats Waller, Bubber Miley, and Otto Hardwick, and he also led his own band at the Lafayette Theatre. The Depression limited his opportunities and he became a touring backup musician in vaudeville, playing behind various acts, including Bill Bojangles Robinson. By 1934, he had re-settled in Chicago and returned to working for Carroll Dickerson, though he occasionally led his own band at such clubs as Three Deuces. He also accompanied Roy Eldridge for an extended period at the Three Deuces in the mid-'30s. In 1937, he moved back to New York, where he worked with Mezz Mezzrow's Disciples of Swing in November, then played with Sidney Bechet from early 1938 to November 1938 at a club called Nick's. Remaining at Nick's, he began leading his own group, which varied in size from a trio to a sextet, in 1939-1940. The band also played at the Village Vanguard and Kelly's before launching a long residency at Ryan's in March 1941 that lasted until early 1943.

Singleton moved to Los Angeles to take up a gig at Billy Berg's club in April 1943. He appeared in the film #Stormy Weather that year and went on to play with Paul Howard, T-Bone Walker, and Teddy Bunn over the next couple of years, also appearing on Orson Welles' radio show. Continuing to lead his own bands in occasional club gigs, he also played during the rest of the '40s with Slim Gaillard (1945-1946), Wingy Manone (1947), Eddie Condon (1948), Joe Marsala (1948), and Nappy Lamare (1949). Meanwhile, he returned to the screen in #New Orleans (1946) and #Turned-up Toes (1949). He played with Art Hodes in Chicago in 1950, with Bobby Hackett in the spring of 1951, and with Bernie Billings in Los Angeles in August 1951. In November 1951, he went to Europe, initially to play with Mezz Mezzrow, but he wound up staying on the continent until February 1953, working with Hot Lips Page and with the Bill Coleman All-Stars.

Returning to the U.S., Singleton settled in New York where he led bands at the Stuyvesant Casino, Central Plaza, and the Metropole during the rest of the '50s. In the early '60s, he began playing with Tony Parenti at Jimmy Ryan's, a residency that lasted through the end of the decade. (In 1964, he had a bit part as a clarinetist, curiously, in the film #Andy.) In 1970, he suffered a stroke and was forced to retire; he died five years later at age 77.

Singleton is justly celebrated for his late-'20s work with Louis Armstrong, which mixed a traditional New Orleans style with the use of recent innovations such as the sock cymbal (a forerunner of the hi-hat) and wire brushes. He was one of the first jazz drummers to take solos and he developed many types of playing that became part of the basic vocabulary of jazz drummers. He occasionally recorded under his own name, notably for Decca in 1935 and 1940, Capitol in 1944, Brunswick in 1953, and Fat Cat in 1967, but he remains best-known as an accompanist for some of the leading jazz musicians of the 20th century. ~ William Ruhlmann, Rovi 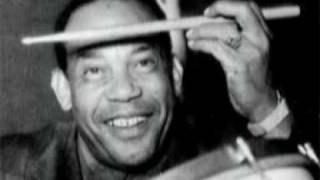 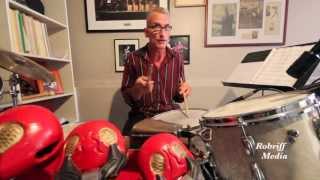 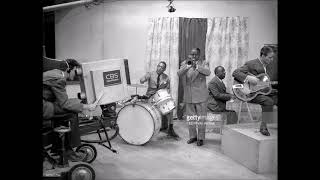 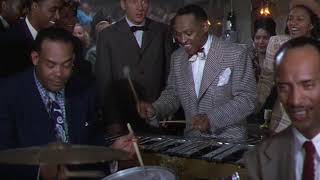 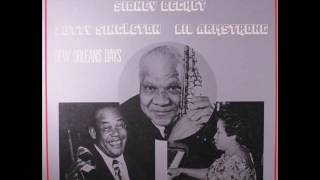 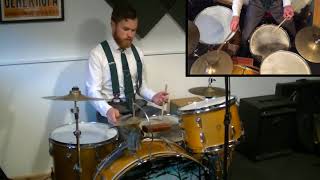