Close
DMX
from Mount Vernon, NY
December 18, 1970 - April 9, 2021 (age 50)
Biography
DMX was the hardcore rap heir to 2Pac and the Notorious B.I.G. The foremost Ruff Ryders MC was that rare commodity: a commercial powerhouse with artistic and street credibility to spare. His rapid ascent to stardom was actually almost a decade in the making, which gave him a chance to develop the theatrical image that made him one of rap's most distinctive personalities during his heyday. Everything about DMX was unremittingly intense, from his muscular, tattooed physique to his gruff, barking delivery, which was a perfect match for his trademark lyrical obsession with dogs. There was also substance behind the style; much of his work was tied together by a fascination with the split between the sacred and the profane. He could move from spiritual anguish one minute to a narrative about the sins of the streets the next, yet keep it all part of the same complex character, sort of like a hip-hop Johnny Cash. The results were compelling enough to make DMX the first artist to have his first five albums, from 1998's It's Dark and Hell Is Hot through 2003's Grand Champ, enter the Billboard 200 at number one. Year of the Dog...Again, his last recording for Ruff Ryders, nearly extended the streak to six in 2003. Although he released his final proper studio album, Undisputed, in 2012, he continued to issue singles into 2021. Shortly after his tragic death that year, his ninth studio album and first posthumous material, Exodus, was released.

DMX was born Earl Simmons in Mount Vernon, New York, on December 18, 1970. He moved with part of his family to the New York City suburb of Yonkers while still a young child. A troubled and abusive childhood turned him violent, and he spent a great deal of time living in group homes and surviving on the streets via robbery, which led to several run-ins with the law. He found his saving grace in hip-hop, starting out as a DJ and human beatbox, and later moved into rapping for a greater share of the spotlight, taking his name from the DMX digital drum machine (though it's also been reinterpreted to mean "Dark Man X"). He made a name for himself on the freestyle battle scene and was written up in The Source magazine's Unsigned Hype column in 1991. Columbia subsidiary Ruffhouse signed him to a deal the following year and released his debut single, "Born Loser." However, a surplus of talent on the Ruffhouse roster left DMX underpromoted, and the label agreed to release him from his contract. He issued one further single in 1994, "Make a Move."

DMX began to rebuild his career with an appearance on one of DJ Clue?'s underground mixtapes. In 1997, he earned a second major-label shot with Def Jam, and made a galvanizing guest appearance on LL Cool J's "4, 3, 2, 1." Further guest spots on Mase's "24 Hours to Live" and fellow Yonkers MCs the LOX's "Money, Power & Respect" created an even stronger buzz, and in early 1998, he released his debut Def Jam single, "Get at Me Dog." The song was a gold-selling smash on the rap and dance charts and paved the way for DMX's full-length debut, It's Dark and Hell Is Hot, to debut at number one on the Billboard 200 in May 1998. Produced mostly by Swizz Beatz, who rode the album's success to a lucrative career of his own, It's Dark and Hell Is Hot earned DMX numerous comparisons to 2Pac for his booming, aggressive presence on the mike, and went on to sell over four million copies. DMX went on to make his feature film debut co-starring in Hype Williams' Belly.

Before the end of 1998, DMX completed his second album, and a pending buyout of Def Jam pushed the record into stores that December. Featuring a controversial cover photo of the rapper covered in blood, Flesh of My Flesh, Blood of My Blood entered the Billboard 200 at number one and eventually went triple-platinum. The following year, DMX hit the road with Jay-Z and the Method Man/Redman team on the blockbuster Hard Knock Life tour. The Ruff Ryders posse -- of which DMX was a core founding member -- soon released a showcase compilation, Ryde or Die, Vol. 1. With contributions from DMX, as well as Eve, the LOX, and multiple guests, Ryde or Die, Vol. 1 debuted at number one in the spring of 1999, further cementing DMX's Midas touch.

Toward the end of 1999, DMX released his third album, ...And Then There Was X, which became his third straight album to debut at number one. It also produced his biggest hit single since "Get at Me Dog," "Party Up," which became his first Top Ten hit on the R&B/hip-hop chart. The follow-ups "What You Want" and "What's My Name?" were also quite popular, and their success helped make ...And Then There Was X the rapper's best-selling album to date, moving over five million copies. After he earned his first two Grammy nominations -- ...And Then There Was X was up for Best Rap Album, and "Party Up" contended for Best Rap Solo Performance -- DMX returned to the big screen with a major supporting role in the Jet Li action flick Romeo Must Die. His next movie, the Steven Seagal action film Exit Wounds, opened at number one in the box office. DMX also contributed the hit single "No Sunshine" to the soundtrack and signed a multi-picture deal with Warner Bros. in the wake of the success.

DMX returned to the studio and completed his fourth album, the more introspective The Great Depression. It was released in the fall of 2001 and became his fourth straight album to debut at number one. In late 2002, DMX published his memoirs as E.A.R.L.: The Autobiography of DMX and also recorded several tracks with Audioslave (i.e., the former Rage Against the Machine). One of their collaborations, "Here I Come," was featured on the soundtrack of DMX's next film, a reunion with Jet Li called Cradle 2 the Grave. The film opened at number one upon its release in March 2003, and its DMX-heavy soundtrack debuted in the Top Ten. Grand Champ was released six months later and extended the rapper's streak of chart-topping albums. Year of the Dog...Again, DMX's last recording through Ruff Ryders, was issued three years later and reached number two. Just before that album's release, DMX's revealing BET reality program, DMX: Soul of a Man, made its debut. A compilation titled Definition of X: The Pick of the Litter followed in June 2007.

Burdened by legal issues in the following years, DMX returned to recording with 2012's Undisputed, an effort released by the Seven Arts label with production from Swizz Beatz and J.R. Rotem that hit the Top 20. Seven Arts also put out his unofficial eighth LP, Redemption of the Beast, in early 2015, allegedly without a contract or authorization. The album resulted in the rapper taking legal action against the label. DMX collaborated with electronica artist Blackburner (Skyla Talon) for Dog Eats Rabbit, which saw release in the spring of 2017 by the Cleopatra label. He released a handful of singles into 2021. DMX suffered a heart attack and died a week later, on April 9, 2021 at the age of 50. A few weeks after his death, the release of his first posthumous album, Exodus, was announced. Arriving in late May of 2021, the set featured contributions from Lil Wayne, Nas, Jay-Z, Bono, and many others. ~ Steve Huey, Rovi 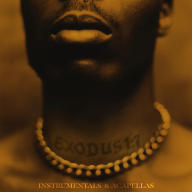 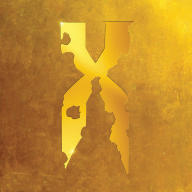 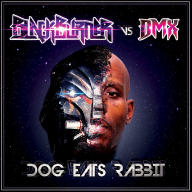 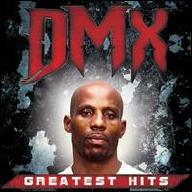 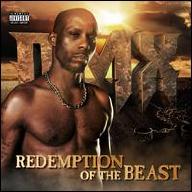 Redemption of the Beast
2015 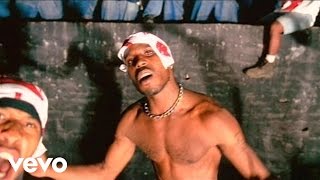 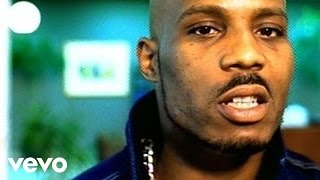 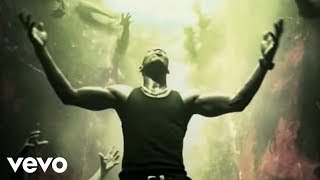 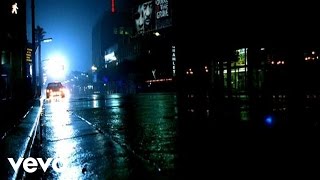 DMX - X Gon' Give It To Ya (Official Music Video) 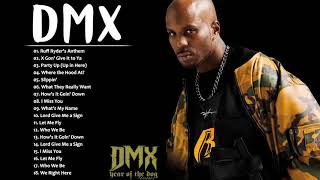 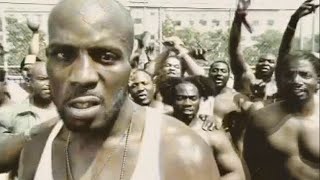 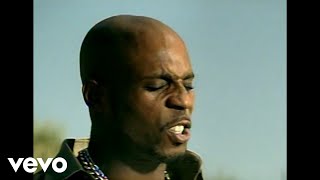 DMX - Lord Give Me A Sign (Official Video)
Available here: