Close
Pete Brown
from Baltimore, MD
November 9, 1906 - September 20, 1963 (age 56)
Biography
During the late '30s, alto saxophonist Pete Brown was a busy sideman who sounded a bit like Benny Carter, Chu Berry, or Jimmie Lunceford's star altoist, Willie Smith. Throughout the 1940s he swung harder, sharpened his attack, and coarsened his tone to enter into Ben Webster's gutbucket range, flirting with bop after helping establish the "jump" style that led to rhythm & blues and the eventual rise of rock & roll. In the late '50s he sometimes doubled on the tenor sax, and his final work stands up to comparison with that of Gene Sedric, Al Sears, Hal Singer, and Charlie Singleton.

James Ostend Pete Brown was born in Baltimore, MD, on November 9, 1906. His father, who came to the U.S. from the island of Barbados, blew the trombone, and Pete learned to play piano from his mother. He took up the ukulele, then switched to the violin, an instrument he played in theater orchestras beginning at the age of 12 until swapping the fiddle for alto and tenor saxophones in 1924. Although he occasionally used the trumpet, the alto soon became his instrument of choice. Brown worked with a series of now-forgotten groups, including the Southern Star Jazz Band, the Baltimore Melody Boys, and the Johnny Jones Orchestra. In 1927 he joined a group led by Banjo Bernie Robinson in Atlantic City and followed the band to New York.

During the 1930s Brown gigged with Charlie Skeets and Clarence Williams, formed a trio with pianist Don Frye and drummer Fred Moore, and joined the first of many bands led by bassist John Kirby. In 1937 he entered into a maelstrom of recording activity that involved clarinetist Buster Bailey's Rhythm Busters, trumpeter Frankie Newton's Uptown Serenaders, pianist Willie The Lion Smith His Cubs, clarinetist Jimmie Noone, and vibraphonist Lionel Hampton. Brown also accompanied vocalists Maxine Sullivan, Midge Williams Her Jazz Jesters, and Jerry Kruger Her Knights of Rhythm. He sat in with two different all-star bands fronted by Leonard Feather, with Jimmie Gordon's Vip Vop Band, and with Joe Marsala's Delta Four. A return engagement with Newton was greatly enhanced by the presence of pianist James P. Johnson.

Pete Brown started recording under his own name in April 1939 and one might say that he hit the ground running, calling his first group a "Jump Band" and peppering the ensemble with players as seasoned and capable as himself. Stylistic changes were in the air when he assembled a sextet in 1942 with Dizzy Gillespie, Jimmy Hamilton, and pianist Sammy Price. Brown worked the clubs incessantly, and was often on the road between New York, Boston, and Chicago.

In 1943 he fronted Louis Jordan's band while the rising R&B star conducted a solo tour. In January of 1944, Brown included trumpeter Jonah Jones in a group that cut a handful of titles for the World Broadcasting Radio Transcription Service. A quartet date featuring guitarist Jim Daddy Walker and a series of Savoy and Keynote sessions from this period show him at the peak of his powers as a swinging balladeer and a restless, brusquely inventive improviser. His penchant for quirky titles was given free rein as he came up with Boot Zoot, Ooh-Wee, and Bellevue for You, a cynical reference to the infamous psychiatric ward of New York's oldest public hospital. Appropriately, in 1946 Pete Brown's Brooklyn Blue Blazers backed the volatile and at times homicidal-sounding blues shouter Cousin Joe (aka Pleasant Joseph).

Pete Brown was a large man who suffered from diabetes and other health problems that gradually limited his professional activity and affected his musicianship, at times causing him to coast rather than innovate. He led a session for Bethlehem Records in November 1954 with trumpeter Joe Wilder and pianist Wade Legge. In 1955 he was heard with Sammy Price His Kaycee Stompers on Barrelhouse and Blues, an exciting but little-known album released by the mail-order record company Jazztone Society. This item is well worth tracking down just to have access to the sultry, below-the-belt blues called Pete's Delta Bound. The following year found him sitting in on Big Joe Turner's Atlantic LP Boss of the Blues. Legend has it Brown was upstaged by Roy Eldridge and Coleman Hawkins at Newport '57, but who wouldn't have been? In 1958, Brown held his own as a tough contributor to Champion Jack Dupree's celebrated Atlantic album Blues from the Gutter.

In 1959 Pete Brown cut an LP for Verve and called it From the Heart. He now held down a standing gig at the Club Arlington in Brooklyn and periodically blew his horns in the Bronx or on-stage at the Village Gate. His last recording date took place in a subterranean soundproof studio at 272 W. 84th Street in New York City on October 21, 1961. This session, which was co-led by veteran swing guitarist Bernard Addison and brought together trumpeter Johnny Lettman, bassist Hayes Alvis, and ex-Ellington drummer Sonny Greer, developed into a substance-enhanced party (especially after Tadd Dameron showed up to observe), which explains why when the music came out on the British 77 record label the album was called High in a Basement! A victim of ailments brought on by years of unhealthy behavior, Pete Brown passed away on September 20, 1963. For most of his life he gave lessons to aspiring saxophonists. Two who are known to have learned their craft from him were Flip Phillips and Cecil Payne. ~ arwulf arwulf, Rovi 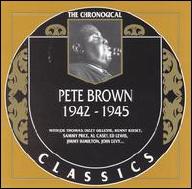 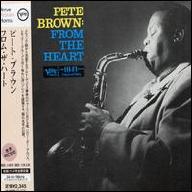 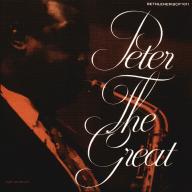 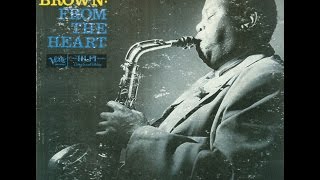 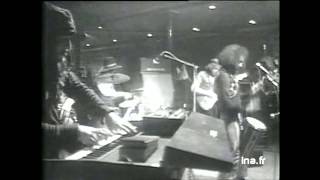 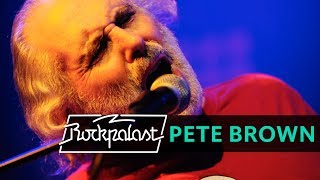 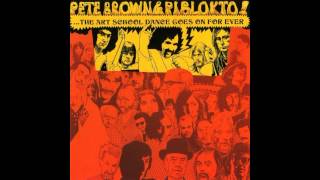 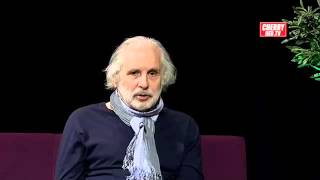 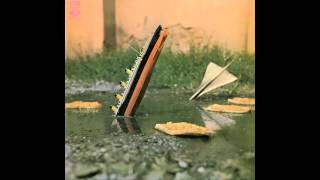 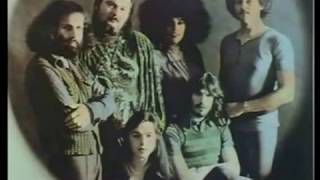