Close
Steve Goodman
from Chicago, IL
July 25, 1948 - September 20, 1984 (age 36)
Biography
A celebrated singer and songwriter whose critical acclaim and reputation among his peers far outstripped his popularity with mainstream listeners, Steve Goodman was a Chicago-based tunesmith with a gift for clever but unpretentious wit, compassionate character studies, and a sharp eye for the details of Midwestern life. (His songbook included numbers about parking problems in downtown Chicago, the career of Mayor Richard J. Daley, and Goodman's beloved but hapless Chicago Cubs.) Several of his songs enjoyed chart success when covered by other artists (most notably "The City of New Orleans," which was a Top 20 hit for Arlo Guthrie, and "You Never Even Called Me by My Name," which David Allan Coe took to the Country Top Ten), and his admirers included Bob Dylan, John Prine, Kris Kristofferson, and Bonnie Raitt. His first two albums, Steve Goodman (1972) and Somebody Else's Troubles (1973), were the basis of his initial reputation and featured several of his most enduring songs, while Jessie's Jig Other Favorites (1975) and Words We Can Dance To (1976) added a bit of production polish and were two of his most commercially successful LPs. In the '80s, Goodman started his own company when his major-label contract ran out, and 1983's Artistic Hair and 1984's Affordable Art were two of his most eclectic and personal collections, though they were also among his last, with the great songwriter passing in September 1984.

Steven Benjamin Goodman was born in Chicago on July 25, 1948. Growing up in what he called "a Midwestern middle-class Jewish family," Goodman first performed in public as part of the junior choir at Temple Beth Israel in the suburb of Albany Park. Goodman began playing the guitar as a teenager, initially influenced by the folk revival of the early '60s and by country performers such as Jimmie Rodgers and Hank Williams. While attending the University of Illinois, Goodman played rock & roll tunes in a cover band before dropping out after two years to try his luck in New York City. He returned to Chicago after only a few months and became a regular at several Windy City folk clubs, including the Earl of Old Town, the Dangling Conversation, and the Quiet Knight. In 1971, Goodman opened a show for Kris Kristofferson, who liked Steve's songs and introduced him to Paul Anka, who put up the money for Goodman to record a demo tape. The demos led to a contract with Buddah Records and the release of his first LP, 1972's Steve Goodman. The album featured the train song "The City of New Orleans," a Top 20 hit for Arlo Guthrie in 1972 and now a folk standard. (In 1984, Willie Nelson recorded the song, and his cover earned Goodman a Grammy for Country Song of the Year.) Goodman made a second album for Buddah, Somebody Else's Troubles (1973), which featured piano and backing vocals from one Robert Milkwood Thomas (better known as Bob Dylan). After Somebody Else's Troubles failed to chart, Goodman broke with the label, which went on to issue an outtakes record, The Essential Steve Goodman (1975).

Goodman moved to the singer/songwriter-oriented West Coast label Asylum Records for the album Jessie's Jig Other Favorites in 1975, the same year that outlaw country singer David Allen Coe made the Top Ten of the country charts with a cover of his "You Never Even Called Me by My Name" (first recorded on the Steve Goodman album, and co-written by an uncredited John Prine). Jessie's Jig Other Favorites was Goodman's first album to make the charts, and 1976's Words We Can Dance to enjoyed similar success. (It included the song "Banana Republics," later popularized by Jimmy Buffett.) 1977's Say It in Private and 1979's High and Outside didn't fare as well commercially as his first two Asylum releases, even though the latter was released while Goodman was touring as Steve Martin's opening act during the "Wild and Crazy Guy" peak of his popularity as a standup comic. 1980's Hot Spot was a bid for greater commercial success that failed to win new fans, but by this time Goodman's amiable and charismatic performing style had earned him a loyal following at clubs and folk festivals around the country. Goodman was frequently touring in tandem with mandolin virtuoso Jethro Burns (of the country comedy duo Homer Jethro), and he turned record producer in 1978, overseeing the sessions for Bruised Orange for his friend and sometimes collaborator John Prine.

Following the release of Hot Spot, Goodman left Asylum and launched his own label, Red Pajamas Records, with the release of 1983's Artistic Hair, a collection of archival live material. (This would inspire John Prine to found his own label, Oh Boy, the following year.) The title Artistic Hair was a typically witty reference by Goodman to a very serious matter; for years he had been struggling with leukemia, and at the time of the album's release his condition grew worse, with the cover photo showing him with most of his hair and his trademark beard gone following chemotherapy. Artistic Hair was a hit with critics and a modest commercial success, and a second Red Pajamas release, Affordable Art, a mix of live and studio recordings, was issued in 1984. The album included the tongue in cheek "A Dying Cub Fan's Last Request," which proved to be sadly prophetic; Goodman died a few months after the album arrived on September 20, 1984, and 11 days later, the Chicago Cubs made it into the playoffs for the first time since 1945.

Shortly after Goodman's passing, Red Pajamas brought out Santa Ana Winds, a country-flavored album he had been working on in his last months, and a 1987 collection of unreleased material, Unfinished Business, earned Goodman a posthumous Grammy for Best Contemporary Folk Recording. Through the '80s and '90s, Red Pajamas brought out a number of collections of rare material, several unissued live performances, and re-releases from his back catalog. In July 2019, Omnivore Recordings launched a series of expanded reissues of Goodman's Red Pajamas catalog with upgraded editions of Artistic Hair and Affordable Art. The following September brought a new and expanded edition of Santa Ana Winds, and a previously unreleased concert recording, Live '69, appeared in April 2020. In May 2021, Omnivore delivered It Sure Looked Good on Paper: The Steve Goodman Demos, a collection that featured 20 private recordings from the Goodman archive. ~ Mark Deming & William Ruhlmann, Rovi

The Best of Steve Goodman
2021 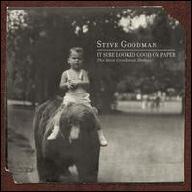 It Sure Looked Good on Paper: The Steve Goodman Demos
2021 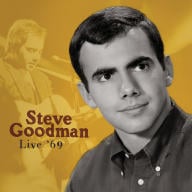 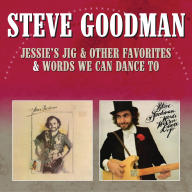 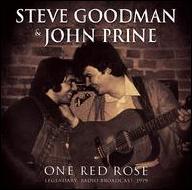 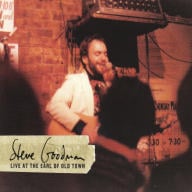 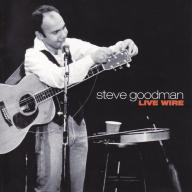 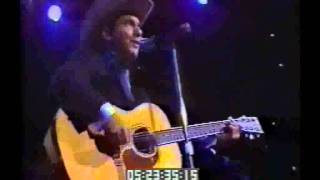 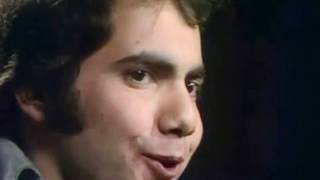 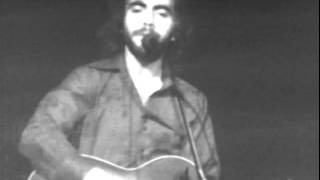 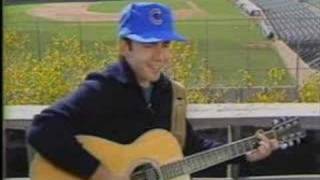 The Life and Sad Ending of Steve Goodman 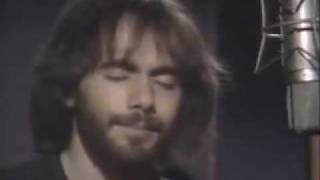 Steve Goodman - You're The Girl I Love 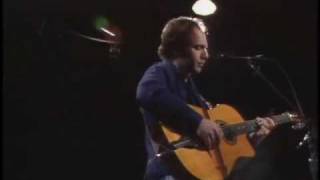