Close
Rahsaan Roland Kirk
from Columbus, OH
August 7, 1935 - December 5, 1977 (age 42)
Biography
Arguably the most exciting saxophone soloist in jazz history, Kirk was a post-modernist before that term even existed. Kirk played the continuum of jazz tradition as an instrument unto itself; he felt little compunction about mixing and matching elements from the music's history, and his concoctions usually seemed natural, if not inevitable. When discussing Kirk, a great deal of attention is always paid to his eccentricities -- playing several horns at once, making his own instruments, clowning on stage. However, Kirk was an immensely creative artist; perhaps no improvising saxophonist has ever possessed a more comprehensive technique -- one that covered every aspect of jazz, from Dixieland to free -- and perhaps no other jazz musician has ever been more spontaneously inventive. His skills in constructing a solo are of particular note. Kirk had the ability to pace, shape, and elevate his improvisations to an extraordinary degree. During any given Kirk solo, just at the point in the course of his performance when it appeared he could not raise the intensity level any higher, he always seemed able to turn it up yet another notch.

Kirk was born with sight, but became blind at the age of two. He started playing the bugle and trumpet, then learned the clarinet and C-melody sax. Kirk began playing tenor sax professionally in RB bands at the age of 15. While a teenager, he discovered the "manzello" and "stritch" -- the former, a modified version of the saxello, which was itself a slightly curved variant of the B flat soprano sax; the latter, a modified straight E flat alto. To these and other instruments, Kirk began making his own improvements. He reshaped all three of his saxes so that they could be played simultaneously; he'd play tenor with his left hand, finger the manzello with his right, and sound a drone on the stritch, for instance. Kirk's self-invented technique was in evidence from his first recording, a 1956 RB record called Triple Threat. By 1960 he had begun to incorporate a siren whistle into his solos, and by '63 he had mastered circular breathing, a technique that enabled him to play without pause for breath.

In his early 20s, Kirk worked in Louisville before moving to Chicago in 1960. That year he made his second album, Introducing Roland Kirk, which featured saxophonist/trumpeter Ira Sullivan. In 1961, Kirk toured Germany and spent three months with Charles Mingus. From that point onward, Kirk mostly led his own group, the Vibration Society, recording prolifically with a range of sidemen. In the early '70s, Kirk became something of an activist; he led the "Jazz and People's Movement," a group devoted to opening up new opportunities for jazz musicians. The group adopted the tactic of interrupting tapings and broadcasts of television and radio programs in protest of the small number of African-American musicians employed by the networks and recording studios. In the course of his career, Kirk brought many hitherto unused instruments to jazz. In addition to the saxes, Kirk played the nose whistle, the piccolo, and the harmonica; instruments of his own design included the "trumpophone" (a trumpet with a soprano sax mouthpiece), and the "slidesophone" (a small trombone or slide trumpet, also with a sax mouthpiece). Kirk suffered a paralyzing stroke in 1975, losing movement on one side of his body, but his homemade saxophone technique allowed him to continue to play; beginning in 1976 and lasting until his death a year later, Kirk played one-handed. ~ Chris Kelsey, Rovi 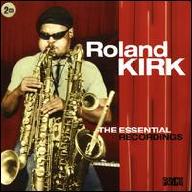 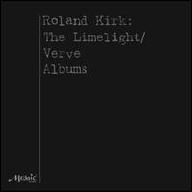 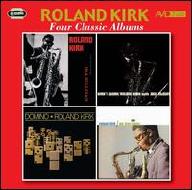 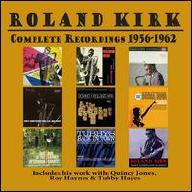 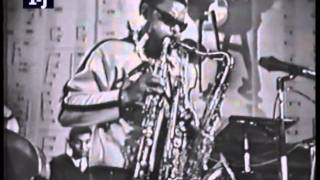 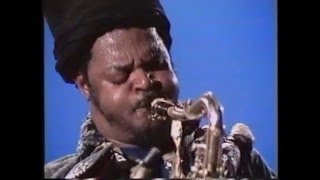 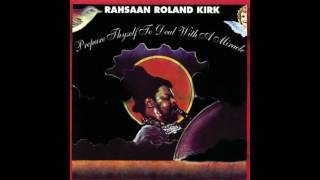 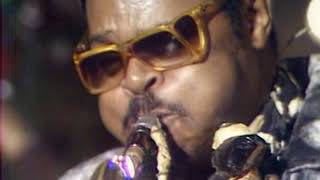 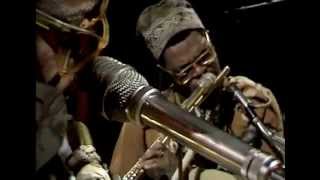 Roland Kirk Serenade To A Cuckoo 1972 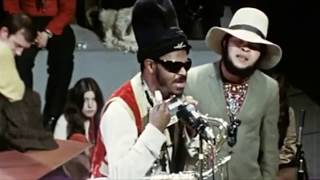 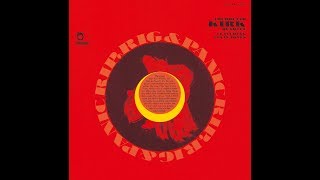