Close
The Vipers Skiffle Group
Biography
In September of 1956, a quintet consisting of Wally Whyton (guitar, vocals), Johnny Booker (guitar, vocals), Jean Van Der Bosch (vocals, guitar), Tony Tolhurst (bass), and John Pilgrim (washboard) played an audition at Abbey Road for the head of Parlophone Records, George Martin. They were duly signed up and, in January of 1957, their second single, an original song by Whyton called Don't You Rock Me Daddy-O, entered the British charts for a run that brought it up to the number ten position. It was the first of several hits for a group that, until the Beatles came along, marked George Martin's biggest success in reaching British teenagers.

The Vipers were, after Lonnie Donegan, the most successful skiffle act in England, charting a half-dozen singles between November of 1956 and October of 1958. During that time, they became one of the biggest stage attractions among British groups and, in the bargain, also saw such future British rock legends as Hank Marvin, Jet Harris, and Tony Meehan of the Drifters pass through their lineup.

They were formed in the spring of 1956, at the Bread Basket Coffee Bar in Central London. Wally Whyton (b. 1929) listened to a lot of jazz and blues growing up, including Bessie Smith, Charlie Barnet, Woody Herman, and Louis Armstrong, and later gravitated to the big bands of the period. By the time he was in his teens, he was immersed in every conceivable type of music, including early Calypso, African tribal music, and West Indian music. He also got to see American blues singer Josh White in a performance in England immediately after the end of the war, where Whyton was spellbound by White's showmanship. His other major influences included Pete Seeger and the Weavers, whose musicianship and dexterity dazzled him. Whyton had started in music on the piano, and later gravitated toward the trombone, but finally settled on the guitar, on which he became very proficient.

He hooked up with guitarist Johnny Booker, who was managing the Gyre and Gimbal Coffee Bar in London, and the two of them, with Jean Van den Bosch, eventually formed the Vipers. Three months after the trio was organized, in July of 1956, they took up residence at the most renowned music venue in London's Soho, the Two I's Coffee Bar on New Compton Street. Tommy Steele had been discovered at the Two I's, and even though the place has been described in less than flattering terms by almost everyone who played there, once Steele was signed by England's Decca Records, it became the place to play and be seen.

Then in September of 1956, they were spotted there and offered an audition before George Martin at Parlophone Records, the smallest of EMI's many label imprints. The group's first official recordings, cut in October of 1956, began a string of considerable successes over the next two years. The band, expanded to a quintet -- the core of the group were Whyton and Booker (whose real name was Johnny Martyn) with Jean Van den Bosch, and John Pilgrim on washboard, with a rather varied group of bass players -- became a fixture as a skiffle band, and for a time they seemed poised to keep the music going past the boom, and past the point where Lonnie Donegan had moved into other kinds of music. Whyton's arrangement of Don't You Rock Me Daddy-O was also a hit for Donegan, and was one of the best songs to come out of the skiffle scene; Streamline Train, which Whyton adapted from a Red Nelson song, adding new words, was also a Top 30 hit. And their version of Cumberland Gap is a genuinely exciting record, and maybe the most exciting to come out of the whole skiffle boom, even in the face of Donegan's competing version.

Whyton and Booker were also good enough to make an album called The Original Soho Skiffle Group for Time Records in America, a showcase for the more traditional folk/blues side of skiffle music, which included notes by celebrated jazz scholar Nat Hentoff.

By 1958, however, the boom was over. The Vipers had reached their peak late in 1957, and skiffle was no longer a force in popular music. The Vipers dropped the "Skiffle Group" designation from their name on posters, and by May of 1958, their records had taken a sharp right turn into popular music. Even the addition of Hank Marvin (guitar) and Jet Harris (bass), and later Tony Meehan (drums), all of whom would later make the Shadows into the hottest rock band in England before the Beatles, failed to staunch the flow of fans and revenue. Whyton managed to keep the name the Vipers alive into 1960, after the original group disintegrated, which was long after their recording contract was over, but there was no saving the band.

The Vipers were never the household name that Lonnie Donegan became, and they never charted a record in the United States. Whyton and Booker, however, were among the most accomplished musicians on the skiffle scene, and their treatment of traditional American material is intense and often spellbinding. In addition to giving work to the future members of the "classic" Shadows lineup, the band also gave George Martin some much needed experience working with a musically untrained but enthusiastic group of musicians. He later admitted that working with the Vipers was his best preparation for working with the Beatles when he signed them up at the end of 1962, and made it much easier than it would have been otherwise to create the kinds of records that he did with them.

The Vipers' music is a treat, not just for fans of early English rock & roll, but also to fans of country, folk, and blues. Their propulsive rhythms and the solid guitar playing and enthusiastic, American-style vocals made their records sing and -- yes -- rock, like few rivals of the time, and gave their music a grittier feel than most of Lonnie Donegan's recordings after early 1957. They remain, along with Donegan, the quintessential late-'50s skiffle act, and a great way to discover the music. ~ Bruce Eder, Rovi 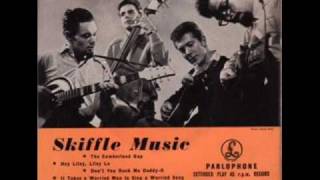 The Vipers Skiffle Group - Maggie May 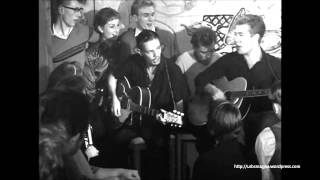 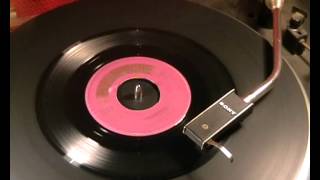 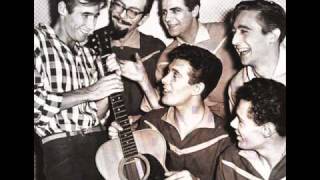