Close
Winifred Atwell
from Tunapuna, Trinidad
February 27, 1914 - February 28, 1983 (age 69)
Biography
Winifred Atwell was one of the stars of the early British charts when they were introduced for the first time in the 1950s, playing an upright piano in a boogie-woogie style of ragtime. She was born on February 27, 1914, in Tunapuna on the island of Trinidad. Her father owned a pharmacy, and although the young Winifred was trained in chemistry and was expected to join the family business, she was always more interested in performing for U.S. servicemen either at the air base or a local club, Piarco. Having trained from a very early age on the piano, she was proficient enough to satisfy the troops stationed in the Caribbean, when someone asked her to play in the popular style of boogie-woogie. When she returned to the club, she had written the song Piarco Boogie, which was later to be retitled Five Finger Boogie. Atwell moved to America in the early '40s to study the piano with Alexander Borovsky and later to London, where she studied at the Royal Academy of Music and became the first female pianist to be awarded the highest grade for musicianship. Supplementing her income while studying, she played ragtime at various London clubs and was spotted at the Casino Theatre by entrepreneur Bernard Delfont, who signed her to a recording contract with Decca Records.

In 1946 Atwell met the comedian Lew Levisohn, who was to become her husband. Levinsohn suggested that an original sound and stage presentation might be achieved if Atwell first played a classical piece on a concert grand piano and then a ragtime on a battered upright, which they purchased in a junk shop for £2.50. This would become known as Atwell's "other piano," and would travel with her around the world, even to the Sydney Opera House. Both pianos would be very slightly detuned to give a faint off-key sound, and this originality was one of the stepping stones to her successful career. She also appeared cheerful with a dazzling smile and a warm personality, and in Britain during the late '40s, dominated by rationing after World War II, it was a welcome relief to be entertained by this very special lady. One of her recordings that became extremely popular in the early '50s was actually written in the 1920s by George Botsford and titled Black and White Rag, which received an enormous amount of radio play and would later become famous as the signature tune for the BBC snooker series #Pot Black.

When Britain introduced pop charts in November 1952, Atwell was one of the first black artists to hit the Top Ten and the first instrumentalist in the chart, with the song Britannia Rag. The hits continued throughout the 1950s, including Coronation Rag in the summer of 1953 to celebrate Queen Elizabeth II's coronation, and at Christmas she recorded the first of her piano medleys of music hall songs under the title Let's Have a Party, which included If You Knew Susie, The More We Are Together, Knees Up Mother Brown, Daisy Bell, Boomps a Daisy, and She Was One of the Early Birds. Setting a trend that would continue on all of her medleys, side one of the single was an uptempo rag while the B-side was a slightly slower medley. Reverting to her classical training, she hit the charts in 1954 with Rachmaninov's 18th Variation on a Theme by Paganini, and at Christmas she achieved her first number one hit with another medley, Let's Have Another Party. The mid-'50s were a period of peak popularity for her in Britain, with Atwell playing at the Royal Variety Show and even at a private party for the Queen, where a personal encore of Roll Out the Barrel was requested.

Her breakthrough performance in the U.S.A. was due to have been as a guest on #The Ed Sullivan Show in 1956, but she was confronted with racist opposition to the idea of a black woman appearing as a guest, and the show was never even recorded. She encountered no such problems in Australia, where she visited in 1956 and became equally as popular. Back in Britain in that year she enjoyed her second number one single, a version of the French song Poor People of Paris. After this hit, her massive popularity diminished with the two-pronged attack from the rise of rock & roll and a new young British pianist, Russ Conway, who began to have hit records with the same style of honky tonk/ragtime playing, and she found the Top Ten of the singles chart a difficult goal to reach, apart from her subsequent Christmas season medleys Let's Have a Ding Dong, Make It a Party, and Piano Party. She was also exceedingly popular in Australia and was an outspoken critic of the plight of the Aborigines, and eventually she and her husband settled in Sydney. When Lew Levisohn died in 1977, she considered relocating back to Trinidad but remained in Australia. Tragedy struck in the early '80s when a fire destroyed her home in Narrabeen and she suffered a heart attack shortly afterwards. She died on February 28, 1983. ~ Sharon Mawer, Rovi 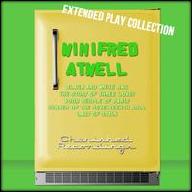 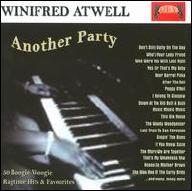 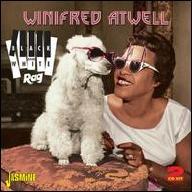 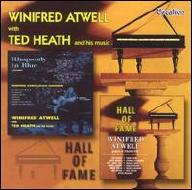 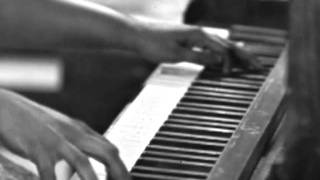 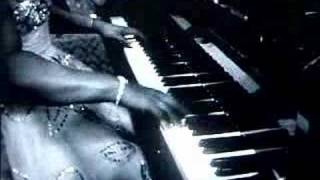 Winifred Atwell At The Wheeltappers 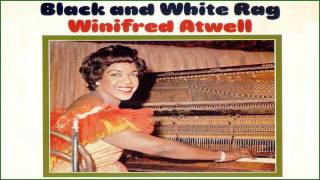 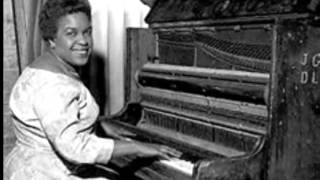 Winifred Atwell :::: Lets Have Another Party. 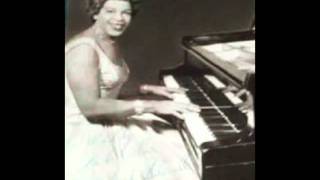 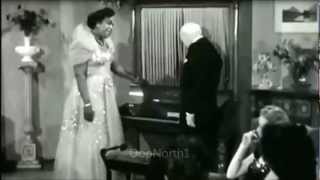