Close
Dave Mason
from Worcester, England
May 10, 1946 (age 74)
Biography
British guitarist and singer/songwriter Dave Mason made his initial splash as a key member, alongside Steve Winwood, of the beloved '60s rock band Traffic, penning one of their biggest songs, "Feelin' All Right." After a brief stint with the band, he grew restless and left to pursue his own vision. Mason's first full-length outing, 1970's Alone Together, was a critical and popular success, showcasing superior songwriting, soulful singing, and great taste in guest artists. He continued releasing albums through the '70s and '80s, and found a hit with the 1977 single "We Just Disagree."

Mason was born May 10, 1946, in Worcester, England. He was a professional musician by his teens and, as a member of the instrumental group the Jaguars, made his recording debut on a locally released single, "Opus to Spring," in 1963. It was with the Jaguars that he first encountered drummer Jim Capaldi, and the two became members of the Hellions, who played around the U.K. and in Hamburg, West Germany, as well as cutting a few singles in 1964 and 1965. Mason quit the Hellions in the spring of 1965 to study music formally, while also sitting in occasionally with another band featuring Capaldi, Deep Feeling. In early 1966, he took a job as road manager for the Spencer Davis Group, where he encountered Steve Winwood; various reports suggest he also played with the band on-stage and may have sung backup vocals on the hit "Somebody Help Me."

In March 1967, Winwood left the Spencer Davis Group and formed Traffic with Mason, Capaldi, and flautist Chris Wood. The group's first single was the Winwood/Capaldi composition "Paper Sun," followed in August 1967 by Mason's "Hole in My Shoe," which hit number two in the U.K. Mason also participated in Traffic's debut album, Mr. Fantasy, but as it was being released in December 1967 he left the band. He recorded a solo single, "Little Woman," in early 1968, then rejoined Traffic. "Feelin' Alright?," a song expressing his ambivalence about his association with the group, was released as the first single off the second album, Traffic, in October 1968; although the single did not chart, "Feelin' Alright?" would go on to become Mason's signature song, particularly after it was covered by Joe Cocker in 1969. Mason left Traffic again, and it broke up shortly afterward in the fall of 1968, as Winwood joined Blind Faith. Mason, Capaldi, and Wood teamed with Mick Weaver in the short-lived Wooden Frog.

Mason moved to Los Angeles and joined Delaney Bonnie Friends in 1969. In 1970, he signed a solo contract with Blue Thumb Records and released his debut solo album, Alone Together, which reached number 22 and went gold in the U.S., spawning the chart single "Only You Know and I Know." Despite this success, he continued to work in group contexts, serving temporarily as second guitarist in Eric Clapton's band Derek and the Dominos; recording with George Harrison on All Things Must Pass; and forming a duo with Cass Elliot. He and Elliot recorded an album, Dave Mason Cass Elliot, released in February 1971. The LP reached number 49, but they quickly broke up. Mason rejoined Traffic for a few dates in the summer that resulted in the live album Welcome to the Canteen.

Meanwhile, Mason was preparing his follow-up to Alone Together, but a royalty dispute with Blue Thumb led to the company's assembling the half-finished, half-live Headkeeper, which was released in February 1972 over Mason's objections; it reached number 51. As the legal conflict continued into 1973, Blue Thumb released the chart LP Dave Mason Is Alive!, also without the artist's approval. After a settlement, Mason signed to Columbia Records, which released It's Like You Never Left on October 29, 1973; it climbed to number 50. Mason formed a band and toured extensively, raising his profile sufficiently that his second Columbia LP, Dave Mason, released in October 1974, reached number 25 and went gold. Split Coconut, his third Columbia album, released on September 19, 1975, was another success, going to number 27, as he played major venues such as New York's Madison Square Garden and the Spectrum in Philadelphia. His appeal as a concert attraction was confirmed by the appearance of the double-LP Certified Live in the fall of 1976; it hit number 78.

Mason reached a new career plateau with his next studio album, Let It Flow, released in April 1977. It reached an early peak at number 37, but stayed in the charts 49 weeks and went platinum on the success of the single "We Just Disagree" (written by Mason's backup guitarist, Jim Krueger), which reached number 12. (The singles "So High [Rock Me Baby and Roll Me Away]" and "Let It Go, Let It Flow" also charted.) Mariposa de Oro, Mason's next album, was released in June 1978, preceded by a cover of "Will You Still Love Me Tomorrow," a Top 40 single; the LP reached number 41 and went gold.

Two years passed before Mason released Old Crest on a New Wave in the summer of 1980. After it peaked at number 74 and produced the chart single "Save Me," he parted ways with Columbia. Another major-label berth was not forthcoming, but he continued to tour, paring down to an acoustic duo with Krueger. In 1987, he released two albums, Some Assembly Required on the Canadian label Maze Records and Two Hearts on MCA, the latter featuring "Dreams I Dream," a duet with Phoebe Snow that reached number 11 in the adult contemporary charts. In 1993, Mason joined a new lineup of Fleetwood Mac, appearing on the 1995 album Time, but soon after, the band reverted to its previous configuration. In 1998, Mason re-teamed with Jim Capaldi for a tour that produced the 1999 album Live: The 40,000 Headmen Tour. In 2008, Megaforce Records released the first Dave Mason studio album in more than 20 years, the excellent 26 Letters 12 Notes. It was followed by Future's Past in 2014. ~ William Ruhlmann, Rovi 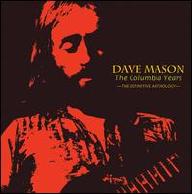 The Columbia Years: The Definitive Anthology
2016 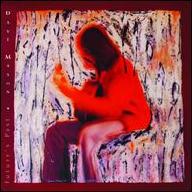 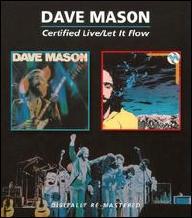 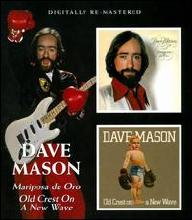 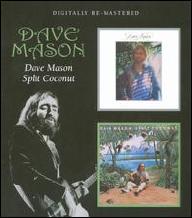 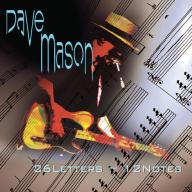 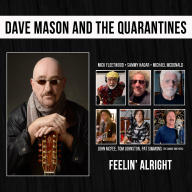 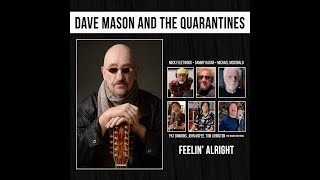 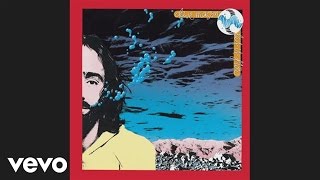 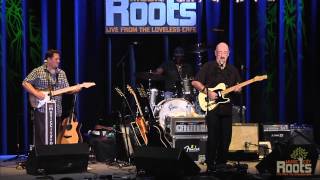 Dave Mason "All Along The Watchtower" 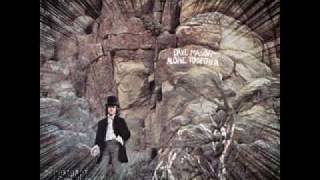 Dave Mason -" look at you look at me" 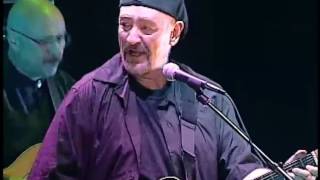 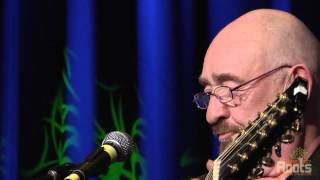