Close
Stephen Hough
from Heswall, Cheshire, England
November 22, 1961 (age 59)
Biography
Pianist Stephen Hough is prolific and adventurous, with a large repertory ranging from familiar works to obscurities to music of his own. He is an enthusiastic chamber music player, a writer, and an exhibited visual artist.

Hough (pronounced "huff") was born in Heswall in the English county of Merseyside and grew up in nearby Thelwall, where he took up the piano at the age of five after pestering his parents to acquire a piano from a secondhand shop. Hough's father was an Australian-born steel company representative, and Hough took Australian citizenship in 2005 in his honor. He made rapid progress but took a year off after being mugged when he was 12. Hough graduated from Chetham's School of Music in Manchester and the Royal Northern College of Music. In 1978, he was a finalist in the BBC Young Musician of the Year competition, and he went on for a master's degree at the Juilliard School in New York. In that city, he won the prestigious Naumburg International Piano Competition in 1983, and his career was launched. His repertory and his performing experience are vast, and he has been noted for championing less-often-heard composers such as Johann Nepomuk Hummel, Federico Mompou, and York Bowen in addition to works of the 18th and 19th century mainstream. Hough also often programs his own works, more than 30 of which have been published. Not all are for piano solo; his Trio for piccolo, contrabassoon, and piano ("Was mit den Tränen geschieht") was premiered by members of the Berlin Philharmonic in 2009. Hough is an award-winning poet, a newspaper columnist, a writer on such unusual subjects as perfume, and an artist whose paintings were shown at London's Broadbent Gallery in 2012.

Hough is especially noted for the depth and breadth of his recording catalog, which dates back to the late 1980s and numbers more than 60 items. His recordings include standard repertory works, unusual music from the past, contemporary pieces by the likes of Lowell Liebermann, and innovative thematic recordings such as New York Variations, which won Time magazine's Classical Album of the Year nod in 1998. Since the mid-1990s, Hough has recorded mostly for the Hyperion label, where he has issued complete cycles of the piano concertos of Beethoven and Saint-Saëns. In 2021, he released the recital Vida breve, featuring music by Bach, Chopin, and Liszt, as well as his own piano sonata by that title. Hough became the first classical pianist honored by a MacArthur Foundation "genius grant" in 2001, and in 2014, he was made Commander of the Order of the British Empire. He has taught at the Royal Academy of Music in London, the Royal Northern College of Music in Manchester, and the Juilliard School in New York. ~ James Manheim, Rovi 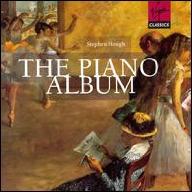 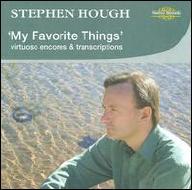 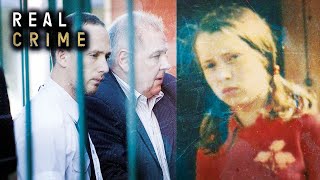 Stephen Hough: The Teen Killer That Evaded Justice For 40 Years | Made For Murder | Real Crime 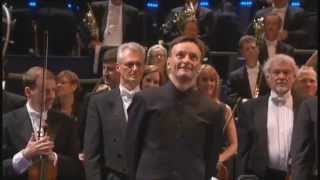 Rachmaninoff - Rhapsody on a Theme of Paganini (Stephen Hough) 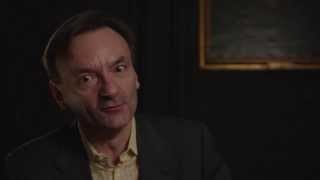 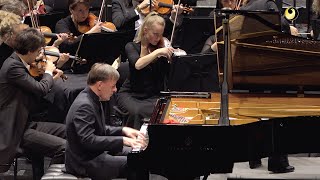 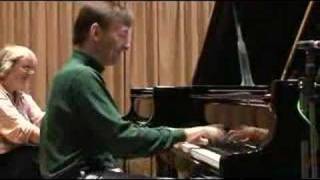 Stephen Hough warms up with Moszkowski 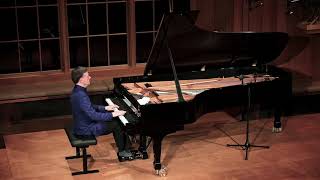 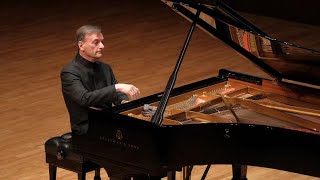