Close
Anson Funderburgh
from Plano, TX
November 15, 1954 (age 65)
Biography
In recent years, Dallas-based guitarist Anson Funderburgh has taken his band the Rockets out of the clubs and onto the festival stages with his critically acclaimed recordings for the BlackTop label out of New Orleans. With Jackson, MS-native Sam Myers delivering the vocals and harmonica treatments, this band mixes up a powerful gumbo of Texas jump blues and Delta blues that can't be found anywhere else. Funderburgh His Rockets are a particularly hard working band, performing across the U.S. and Europe nearly 300 nights a year.

Funderburgh was born November 15, 1954, and got hooked on the blues when he got his first guitar at age seven or eight. His first musical experiences happened in the clubs in Dallas. He developed his team approach to blues music while learning from the likes of Freddie King, Jimmy Reed, and Albert Collins when these great bluesmen were passing through Dallas-area clubs, but Funderburgh had already taught himself guitar mostly from listening to classic blues records. He never had the chance to see Muddy Waters, but he did get to play with Lightnin' Hopkins in the late '70s. Funderburgh formed the Rockets in 1978, but didn't meet Sam Myers until 1982.

Funderburgh recorded with the Fabulous Thunderbirds on their Butt Rockin' album, and went solo in 1981, when the New Orleans-based BlackTop label released Talk to You by Hand, the label's first release. Funderburgh added Myers on harmonica and lead vocals in 1986. Myers had traveled for years on the chitlin circuit, where he had the chance to accompany people like Elmore James and Robert Junior Lockwood. Funderburgh admits that adding Myers on vocals and harmonica was a turning point for the Rockets, partly because of the image they project from the stage, a big towering black man and three white guys backing him up. Funderburgh continued his association in the '90s with Black Top releasing Tell Me What I Want to Hear (1991), Live at Grand Emporium (1995), and That's What They Want (1997). After releasing nine albums on Black Top, in 1999 Funderburgh changed record labels with the release of Change in my Pocket for Bullseye Blues. At the beginning of the new millennium, Funderburgh is just coming into his prime by way of his songwriting talents, so his career deserves close watching in the coming years. The best is yet to come from this guitarist and bandleader. ~ Richard Skelly & Al Campbell, Rovi 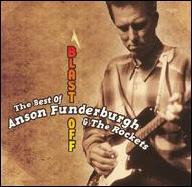 The Best of Anson Funderburgh: Blast Off
2006 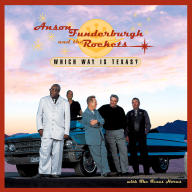 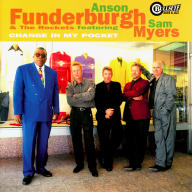 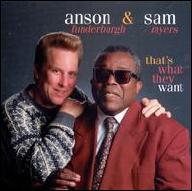 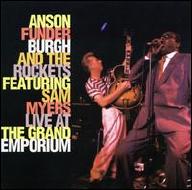 Live at the Grand Emporium
1995 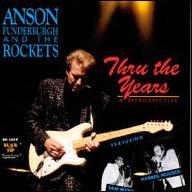 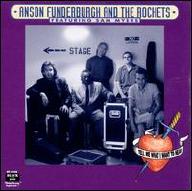 Tell Me What I Want to Hear
1991
Videos
Close 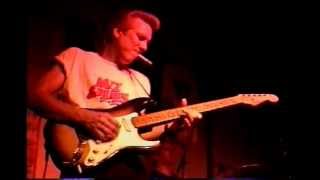 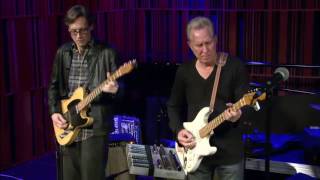 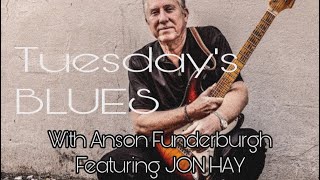 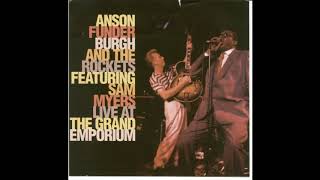