Close
Enrique Iglesias
from Madrid, Spain
May 8, 1975 (age 46)
Biography
There was no bigger star in Latin music in the first part of the 21st century than Enrique Iglesias. He scored his first number one on Billboard's Latin charts in 1995, but he soared to crossover stardom at the dawn of the new millennium thanks to the hits "Bailamos" (1999) and "Hero" (2001), a pair of blockbusters that established his ease with modern dance and classic pop balladry, respectively. Although he'd see the pop Top Ten again -- "I Like It," his 2010 duet with Pitbull, went to number four, as did 2011's "Tonight (I'm Lovin' You)" featuring Ludacris and DJ Frank E -- he was an institution in Latin music, racking up over 25 number one singles on Billboard's Latin Songs chart, along with 14 number one hits on Billboard's Dance Club Songs chart, all while selling over 150 million albums worldwide by the end of the 2010s.

As the youngest child of Julio Iglesias, Enrique may have been born into Latin music royalty and, consequently, his fame may seem preordained, but that isn't the case. Born in Madrid, Spain on May 8, 1975, Iglesias stayed with his mother, Isabel Preysler, following the 1979 divorce of his parents. He and his two older siblings were sent to live with their father in 1986, where his nanny, Elvira Olivares, played a pivotal role in his parenting. Initially, he planned to major in business at the University of Miami, but he felt the pull of a musical career, so he borrowed money from Olivares to record a demo tape. He took steps to distance himself from his father, shopping the demo under the name "Enrique Martinez," borrowing the surname from Fernan Martinez, who'd previously worked as a publicist for Julio. The tape landed the singer a deal with Fonovisa Records, which convinced him to return to his birth name.

Dropping out of school, Enrique Iglesias headed to Toronto to record the album that became his eponymous 1995 debut. A hit right out of the box, Enrique Iglesias moved a million copies within its first three months. Arriving in 1997, Vivir consolidated his success, snagging him the 1996 Grammy for Best Latin Performer along with a host of Billboard awards, all paving the way for his first headlining international tour. Iglesias released one more album on Fonovisa -- 1998's Cosas del Amor -- before making the leap to Interscope Records.

Interscope helped Iglesias cross into the pop mainstream via the 1999 album Enrique. The hit that brought Iglesias fame and helped turn Enrique into a platinum hit was "Bailamos," a song originally released on a limited-edition version of Cosas del Amor and reworked for the soundtrack of Will Smith's comedy-adventure Wild Wild West. "Bailamos" reached number one not just on Billboard's Latin charts but also the Hot 100 as it entered the Top Ten in countries all around the world. "Be with You" was a number one hit early in 2000, buying Iglesias a little time as he worked on the album that turned out to be his biggest hit, Escape. Released in 2001 and consisting entirely of English-language songs (three were reprised at the end in Spanish), Escape turned into a blockbuster on the back of the soaring ballad "Hero," which went to number one in five countries and peaked at three in the U.S. Its title track was also a major hit, boosting the album's sales and helping to set the stage for an international tour that ran into 2002. That same year, he released the all-Spanish-language Quizás on Interscope's sister company Universal Music Latino; it would go gold in the U.S.

In 2003, Iglesias returned to crossover dance-pop on 7 -- only his third pop-oriented album but his seventh record overall. While it didn't generate any hits on the Hot 100, its first single, "Addicted," reached nine on Billboard's Latin charts. Following the supporting tour for 7, Iglesias spent two years quietly, returning in the summer of 2007 with the album Insomniac. Preceded by the hit single "Do You Know? (The Ping Pong Song)," Insomniac found Iglesias dabbling with modern dance club music -- he brought Lil Wayne in for a verse on "Push" -- but its second Latin hit was "Somebody's Me," a ballad. Two compilations followed in 2008 -- the Latin market-oriented 95/08 Exitos in March, the pop-focused Greatest Hits in November -- and Iglesias returned to the studio to record his ninth studio album, which would appear on Universal Republic due to corporate restructuring. Released in July 2010, Euphoria was divided between English and Spanish songs and he scored big in both markets: "I Like It," featuring Pitbull, went to four on the Hot 100, the same position achieved by "Tonight (I'm Lovin' You)," while "No Me Digas Que No" reached number one on the Latin charts.

Iglesias released "Finally Found You" in 2012, taking the single to 24 on the Hot 100. It was the first in a long march of pre-release singles for 2014's Sex and Love, a record that contained two Latin number one hits from 2013 ("Loco," "El Perdedor"). Just after Sex and Love's March 2014 release, "Bailando" was issued as a single and it became a smash hit, reaching 12 on Billboard's Hot 100 and number one on the Latin charts on its way to sales of triple platinum and earning three Latin Grammys (Song of the Year, Best Urban Song, Best Urban Performance). Iglesias stayed on the Latin charts in 2015 via "El Perdon," a duet with Nicky Jam. In April 2016, Iglesias released "Duele el Corazon," the first single in his new deal with Sony Latin. Iglesias roared back the following year. Another single, "Subeme la Radio" -- featuring vocals by Descemer Bueno and Zion Lennox -- arrived in February 2017, and Iglesias launched a co-headlining tour with Pitbull that summer. In early 2018, Iglesias issued the reggaeton-informed collaborative single "El Bano" with Bad Bunny. It reached number two on the singles chart in Spain. He followed it midyear with "Move to Miami" with Pitbull.

Universal released a Greatest Hits collection in late 2019 that charted in Spain. Iglesias returned in 2020 with a featured spot on Puerto Rican rapper Anuel AA's "Fútbol y Rumba," a song that reached the Spanish and Billboard Latin Top Ten. His own "Me Pasé," featuring Farruko, arrived in mid-2021. That year, he embarked on a co-headlining tour with Ricky Martin. ~ Stephen Thomas Erlewine, Rovi 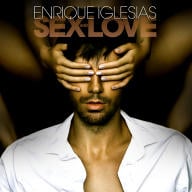 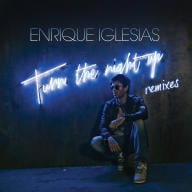 Turn The Night Up 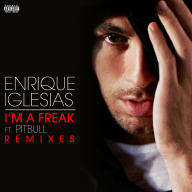 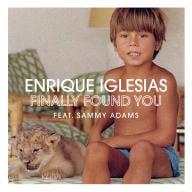 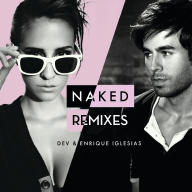 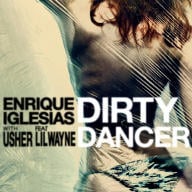 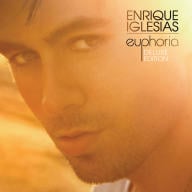 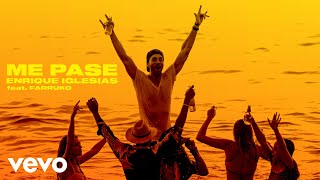 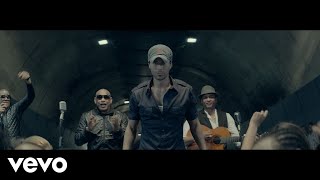 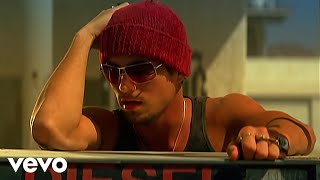 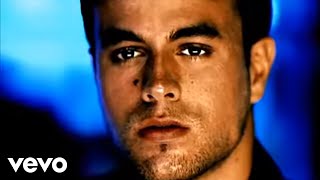 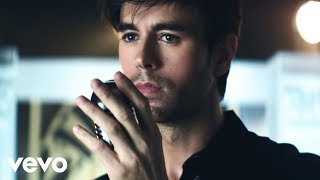 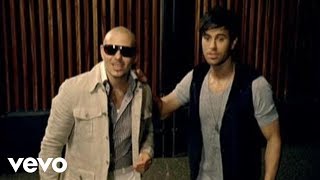 Enrique Iglesias - I Like It (Official Music Video)
Available here: