Close
Eric Weissberg
from New York, NY
August 16, 1939 - March 22, 2020 (age 80)
Biography
Multi-instrumentalist Eric Weissberg will always be remembered as a one-hit wonder for his 1973 smash Dueling Banjos, but that was only a small part of his lengthy career as a studio musician. Master of ten instruments -- bass (acoustic and electric), guitar, fiddle, banjo, kazoo, mandolin, pedal steel, Dobro, and jew's harp -- Weissberg has accompanied a who's who of folk-pop artists, including Judy Collins, Jim Croce, John Denver, Bob Dylan, Art Garfunkel, Richie Havens, Ian Sylvia, Melanie, Tom Paxton, Peter, Paul Mary, and Doc Watson, as well as mainstream pop and rock stars like Burt Bacharach, David Byrne, Billy Joel, Bette Midler, Barbra Streisand, and Talking Heads, and such jazz performers as Bob James, Earl Klugh, and Herbie Mann in a career that started in the late '50s and was still going strong at the end of the century.

After graduating from the University of Wisconsin and the Juilliard School of Music, Weissberg was part of a community of young New York City musicians who became interested in old-time country and bluegrass music in the late '50s and began to gather to play on Sunday afternoons in Washington Square Park in Greenwich Village. The group included Stefan Grossman, Roger Sprung, Bob Yellin, David Grisman, and Marshall Brickman, among others. In 1958, Weissberg, Yellin, and singer/guitarist John Herald formed the Greenbriar Boys, one of the first groups to play at Gerde's Folk City, but Weissberg was with the band only a short time before leaving in 1959. He performed at the Newport Folk Festival that summer and began to get his first session work, appearing on records by Tommy Makem and Cisco Houston, among others. In 1963, he and Brickman recorded a duo album for Elektra Records, New Dimensions in Banjo and Bluegrass.

During the '60s, Weissberg was a late member of the folk group the Tarriers (with Brickman, Clarence Cooper, and Bob Carey), appearing on their final album for Decca Records, The Tarriers, which was recorded live at the Bitter End coffeehouse in Greenwich Village. He was also a member of the Blue Velvet Band (with Jim Rooney, Richard Greene, and Bill Keith), which released the album Sweet Moments on Warner Bros. Records in 1969. And he performed the world premiere of Earl Robinson's Concerto for Five-String Banjo with Arthur Fiedler and the Boston Symphony in 1967. But most of his time was spent doing session work. Between 1964 and 1969, he appeared on albums by Ian Sylvia, Judy Collins, Buffy Sainte-Marie, Doc Watson, Country Joe McDonald, Jim Croce, and John Denver, among others. He was just as busy in the early '70s, appearing on albums by Herbie Mann, John Denver, Country Joe McDonald, Melanie, Sha Na Na, Barbra Streisand, and Loudon Wainwright III, among others.

As part of his other session work of the time, Weissberg received a call to perform music for a film soundtrack. A movie was being made of Southern poet James Dickey's best-selling novel -Deliverance, about a group of suburbanites who go for a hunting trip in the woods that has unexpected consequences. Dickey, who wrote the screenplay, had heard an old banjo tune on the radio and gotten the idea of using it in a scene in which one of the characters encounters a mute country boy and communicates with him by playing a banjo/guitar duet. Weissberg called fellow musician Steve Mandell, and the two traveled to Atlanta to attend the shooting and coach the actors in miming their performance of the song. That was the last Weissberg heard of it until the fall of 1972, when Warner Bros. released the film and Dueling Banjos, as the track had been dubbed, began to get such a reaction that Warner Bros. issued the Weissberg/Mandell recording as a single. The label did not bother to inform Weissberg of its action, and some early copies of the disc were even credited to Deliverance. (It also turned out that, far from being a traditional song, the tune was actually Feuding Banjos, written by Arthur Smith and first recorded by him for MGM Records in 1955.) When the single took off after entering the charts in January 1973, Warner Bros., which had acquired Elektra Records, dug up the ten-year-old Weissberg/Brickman album New Dimensions in Banjo and Bluegrass, replaced the opening cuts on each side with Dueling Banjos and its B-side, End of a Dream, and re-released it under the title Dueling Banjos from the Original Soundtrack Deliverance. Weissberg was not informed of this action in advance, either.

Both the single and the album topped the charts and went gold. (The single also topped the easy listening charts and made the Top Five of the country charts, and the album also topped the country charts.) The following year, Dueling Banjos won Weissberg and Mandell the Grammy Award for Best Country Instrumental Performance. Weissberg assembled a performing group, which he naturally called Deliverance, featuring Mandell, Charlie Brown, Tony Brown, and Richard Crooks, and played a series of clubs and concert halls. Reconciling with Warner Bros., he signed a recording contract with the label and recorded an album, Rural Free Delivery, which appeared in the charts briefly in the fall of 1973. He kept the band together for a while, and even placed a revival of Yakety Yak in the lower reaches of the country charts in the spring of 1975 on Epic Records, but Dueling Banjos was really a fluke, and soon he was spending most of his time backing other musicians once again.

Not that he had ever left such work. Between 1973 and 1975, he had appeared on albums by Judy Collins, Jim Croce, John Denver, Richie Havens, Billy Joel, B.J. Thomas, Bob James, Willie Nelson, and Esther Phillips, among others, even getting a call from Bob Dylan to play on Blood on the Tracks. From then to the end of the decade, his studio clients included Blood, Sweat Tears, John Denver, Bette Midler, Dory Previn, the Starland Vocal Band, Loudon Wainwright III, Burt Bacharach, Leon Redbone, and Tom Paxton. A particularly notable recording was Jean Ritchie's None But One (1977), on which Ritchie was backed by a band organized by Weissberg; the LP was named Best Folk Album of the Year by Rolling Stone magazine.

Weissberg seems to have been less active in the early '80s, but in the second half of the decade he was heard on albums by Leon Redbone, Talking Heads, Aztec Two-Step, Art Garfunkel, Earl Klugh, Jude Cole, Peter, Paul Mary, David Byrne, and Anita Carter. The early '90s found him taking more selected sessions, though he still appeared on albums by Bill Keith, Doc Severinsen, Judy Collins, Mary-Kate and Ashley Olsen, Robert James Waller, and Tom Chapin. In the mid-'90s, he began touring regularly as a backup musician for Art Garfunkel, who had him perform Dueling Banjos as part of the show, but he also found time to do occasional sessions such as those for Nanci Griffith's Other Voices, Too (1998), Bette Midler's Bathhouse Betty (1998), the original Broadway cast album for The Civil War (1999), Tom Chapin's This Pretty Planet (2000), and Judy Collins' Judy Collins Live at Wolf Trap (2000). ~ William Ruhlmann, Rovi 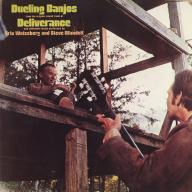 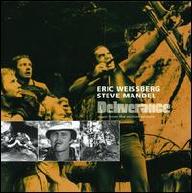 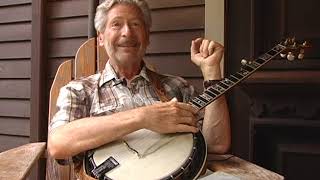 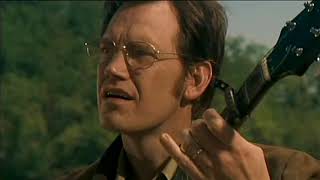 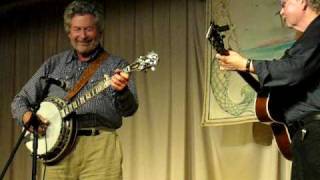 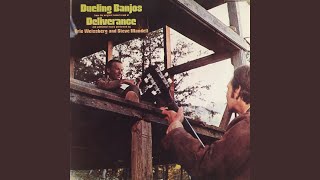 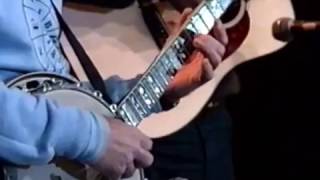