Close
Tony Visconti
from Brooklyn, NY
April 24, 1944 (age 77)
Biography
Through his acclaimed work with David Bowie and T. Rex, among others, Tony Visconti emerged as one of the most influential producers of the glam rock era. Born in Brooklyn, New York, he began playing the ukulele at the age of five, learning to read music before picking up the guitar as a teen. After quitting high school at the age of 15, Visconti played the Catskills circuit in a band called Ricardo the Latineers, eventually becoming one of the top guitarists on the New York City club scene. Upon joining a lounge act dubbed the Speedy Garfin Band, he toured the Southwest, followed by a stint in the revitalized Crewcuts; while performing in Tulsa, Oklahoma, he met his future wife and performing partner Siegrid, returning with her to New York City. As Tony Siegrid, the duo debuted in 1967 with the local hit single "Long Hair"; after their second effort, "Up Here," bombed, Visconti was offered the position of house producer with the Richmond Organization label.

Upon collaborating with British producer Denny Cordell on a session for Georgie Fame, Visconti relocated to London in 1968; there he produced T. Rex's second LP, Prophets, Seers Sages, followed a year later by Bowie's Space Oddity. Although work with artists including Badfinger, the Strawbs, and Gentle Giant followed during the early years of the next decade, Bowie and T. Rex remained the two acts to whose fates Visconti was inextricably tied. For Bowie, he helmed albums including The Man Who Sold the World, Diamond Dogs, and the excellent Young Americans; for T. Rex he produced the back-to-back classics Electric Warrior and The Slider. Although frontman Marc Bolan's 1977 death brought T. Rex's career to a tragic halt, Visconti continued working with Bowie as the decade drew to a close, collaborating on the so-called "Berlin trilogy" of Low, Heroes, and Lodger. Scary Monsters (And Super Creeps), from 1980, was their last major joint venture.

As the '80s dawned, Visconti expanded into new musical territory, producing albums for artists ranging from former Yes frontman Jon Anderson (Animation) to the post-punk band the Boomtown Rats (Mondo Bongo and V Deep) to new wavers Altered Images (Bite). As the decade progressed, he helmed the Moody Blues' 1986 comeback record The Other Side of Life, launching the hit "Your Wildest Dreams"; several other albums with the venerable group followed, and the Moodies remained his primary focus for the remainder of the decade. Although Visconti's visibility and influence were diminished by the '90s, his past triumphs remained a formative inspiration behind any number of contemporary artists, a legacy acknowledged when ex-Stone Roses guitarist John Squire tapped him to produce 1997's Do It Yourself, the debut from Squire's new band the Seahorses. That year, he also worked with Sparks on Plagiarism.

Visconti worked quietly and steadily throughout the 2000s, amassing an impressive discography by working with both cult artists and emerging acts. In 2001, he worked with Prefab Sprout on The Gunman Other Stories, and in 2002, he reunited with David Bowie for Heathen, which was followed the next year by Reality. Also in 2003, he produced L'Avventura by Dean Britta. The next year brought Hugh Cornwell's Beyond Elysian Fields and Manic Street Preachers' Lifeblood, but Ringleader of the Tormentors, his 2006 album with Morrissey, brought him the most attention he'd had in years. He continued to work with Kristeen Young and Alejandro Escovedo -- he did multiple records with each -- and he also produced albums for Semi Precious Weapons, Richard Barone, and Kaiser Chiefs. Despite all this, Bowie remained his most prominent collaborator, and the pair worked on The Next Day, the singer's 2013 comeback. Visconti also produced Blackstar, the 2016 album that turned out to be Bowie's last. ~ Jason Ankeny, Rovi 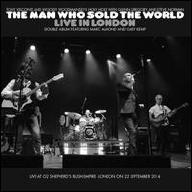 The Man Who Sold the World: Live in London
2015 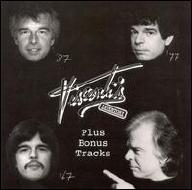 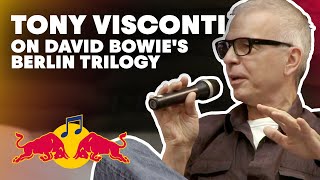 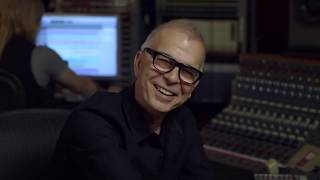 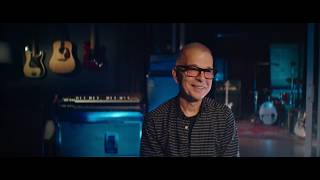 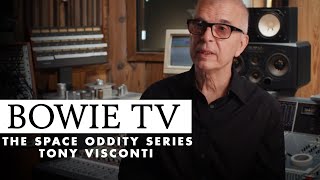 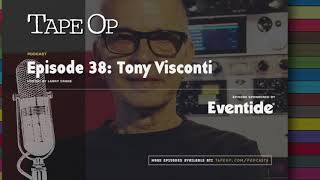 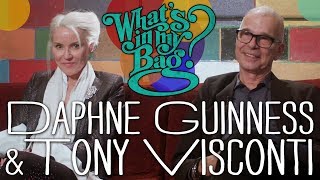 Tony Visconti and Daphne Guinness - What's In My Bag? 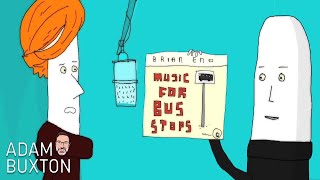