Close
Diane Schuur
from Tacoma, WA
December 10, 1953 (age 67)
Biography
An acclaimed singer and pianist, Diane Schuur is a virtuoso performer with a resonant voice and ebullient style, known for her effervescent take on jazz standards as well as her earthy forays into pop, rock, and R&B. Blind since birth, Schuur built upon the legacy of her idols, including vocalists Dinah Washington, Sarah Vaughan, Nancy Wilson, and George Shearing. She first emerged to widespread fame in the late '70s, championed by artists like her longtime mentor, saxophonist Stan Getz, as well as Frank Sinatra and Stevie Wonder. She released a string of highly lauded, chart-topping albums including 1985's Schuur Thing, 1986's Grammy-winning Timeless, 1991's Pure Schuur, and 1994's Heart to Heart with B.B. King. Along with collaborations with the Count Basie Orchestra, Maynard Ferguson, Barry Manilow, and the Caribbean Jazz Project, Schuur has remained a vital performer, holding clinics and masterclasses, and releasing eclectic albums like 1999's Ahmet Ertegun-produced Music Is My Life, 2011's country-influenced The Gathering, and 2020's classic rock-influenced Running on Faith with Ernie Watts. A 2000 recipient of the Helen Keller Achievement Award from the American Foundation for the Blind, Schuur has also helped raise funds for such charitable organizations as The Braille Institute, Northwest African American Museum, World Institute on Disabilities, Betty Ford Foundation, and Library for the Blind.

Born in 1953 in Tacoma, Washington, Schuur was blind from birth due to Retinopathy of Prematurity; a disorder that can affect some newborns having received high-oxygen therapy during neonatal intensive care. Around the age of three, she started picking tunes out on the piano and singing; a skill that earned her the nickname Deedles. By the age of six she was giving regular performances for her family and made her stage debut at age ten performing at a local Holiday Inn. At age 11, she began taking formal piano lessons while attending the Washington State School for the Blind. It was during this period that her parents brought home an album by blind pianist George Shearing. Inspired, Schuur taught herself how to play all of the songs off the album by ear. A subsequent meeting between Schuur and Shearing during one of his tour stops in Seattle instilled her with yet more determination to make music a career. Tragically, her mother died of cancer in 1967. Encouraged by her father, Schuur continued to perform throughout her teen years, during which time she also transferred to public high school. After graduating, she further honed her skills studying voice at the University of Puget Sound.

Following her time in college, she launched her professional career, playing clubs around the Pacific Northwest. In 1975, she attended a concert by Doc Severinsen the Tonight Show Band at the Seattle Opera House. Backstage, she gave an informal audition for the trumpeter. Though she didn't get hired, she did make a significant impression on the band's drummer Ed Shaughnessy, who invited her to sing with his group that year at the Monterey Jazz Festival. While there, she met and performed with legendary trumpeter Dizzy Gillespie. That performance earned her a more high-profile spot performing at the 1979 festival, where she caught the attention of saxophonist Stan Getz. Getz would become her close friend and mentor, showcasing her during an all-star televised PBS jazz concert at the White House, which also featured such luminaries as Gillespie, Chick Corea, Jon Faddis, Itzhak Perlman, and others. The performance introduced Schuur to a wider audience and garnered her praise from then-First Lady Nancy Reagan, who also requested Schuur return to perform at the White House on several other occasions.

Schuur's White House performance also brought her to the attention of music executive Larry Rosen, who signed her to his GRP Records and released her 1984 debut album, Deedles. Benefitting from production by Dave Grusin and an appearance by Getz, the album cracked the Top 40 of the Billboard Jazz Albums chart. She followed a year later with another Grusin production, Schuur Thing, which again featured Getz, and an appearance by Jose Feliciano. The album reached number ten on the Billboard Jazz chart. For her third Grusin production, 1986's Timeless, Schuur worked with several legendary arrangers, including Billy May, Johnny Mandel, and Jeremy Lubbock. The album garnered her first Grammy Award for Best Female Jazz Vocal Performance. She fared even better the following year with Diane Schuur the Count Basie Orchestra. A lush big-band album featuring arrangements by Frank Foster, it topped the Billboard Traditional Jazz chart for 33 weeks and took home the Grammys for Best Jazz Vocal and Best Arrangement Accompanying a Vocal, Jazz Category. Also that year, she accepted an invitation to perform alongside one of her longtime idols, Frank Sinatra, filling in for an ill Liza Minnelli at a Palm Springs benefit concert.

The '90s were also a fruitful period for the singer, who continued her run on GRP, releasing 1991's Grammy-nominated Pure Schuur, and 1992's In Tribute, the latter of which found her paying homage to her idols, including Carmen McRae, Ella Fitzgerald, Dinah Washington, and others. In Tribute also spent time at number one on the Billboard Traditional Jazz chart. Following 1993's Grammy-nominated Love Songs, Schuur scored another number one Billboard Traditional Jazz Album, pairing with blues icon B.B. King for 1994's Heart to Heart. She rounded out her time on GRP with 1995's Love Walked In, which featured a guest spot from trumpeter Jack Sheldon, and 1997's Blues for Schuur, which included a large ensemble arranged by Greg Adams. The latter also reached number five on the Billboard Traditional Jazz Albums chart. In 1999, producer Ahmet Ertegun brought Schuur to Atlantic Records for 1999's Music Is My Life. The album, which featured contributions from saxophonist Alan Broadbent and trumpeter Marcus Printup, also cracked the Top Ten of the Billboard Traditional Albums chart. That same year, Schuur performed a tribute to Stevie Wonder at the Kennedy Center Honors.

In 2000, she herself was honored, receiving the Helen Keller Achievement Award from the American Foundation for the Blind. Around this time, she signed with Concord Records, making her debut for the label with 2000's Friends for Schuur, featuring duets with Stevie Wonder and Ray Charles. A year later, she joined trumpeter Maynard Ferguson for Swingin' for Schuur. The Barry Manilow-produced Midnight arrived in 2003 and featured songs penned by Manilow as well as his longtime collaborators Eddie Arkin and lyricists Marty Panzer, Bruce Sussman, and Adrienne Anderson. Along with Manilow, the album also found Schuur performing alongside singers Brian McKnight and Karrin Allyson, as well as the Bill Elliott Swing Orchestra. She then paired with the Caribbean Jazz Project for 2005's Latin-infused Schuur Fire, and again reached the Top Ten of the Billboard Traditional Jazz Albums chart with 2006's Live in London (recorded at London's Ronnie Scott's Jazz Club) and 2008's Some Other Time.

The Gathering arrived in 2011 and found Schuur putting her distinctive twist on classic country songs. Recorded in Nashville with guitarist/producer Steve Buckingham, the album also featured guest appearances from Mark Knopfler and Kirk Whalum. She then paid homage to her mentors Stan Getz and Frank Sinatra with 2014's I Remember You: With Love to Stan and Frank. In 2020, Schuur released Running on Faith, a collaboration with saxophonist and producer Ernie Watts. ~ Matt Collar, Rovi 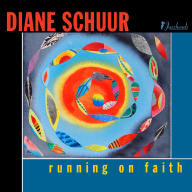 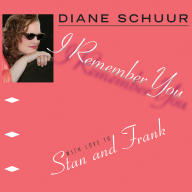 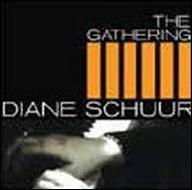 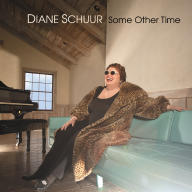 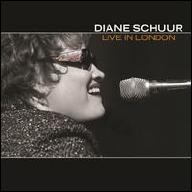 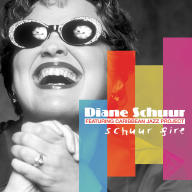 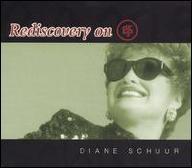 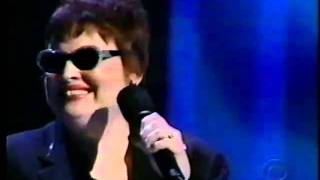 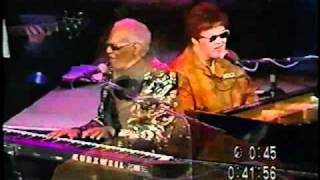 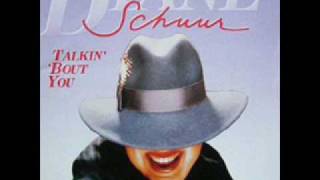 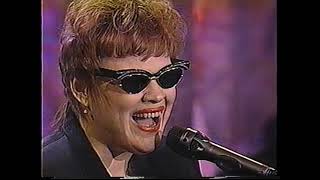 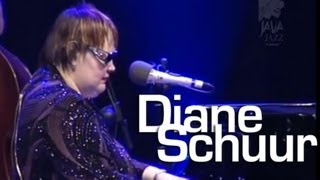 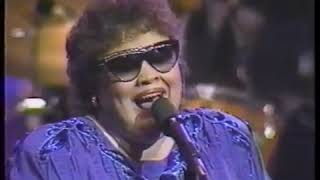 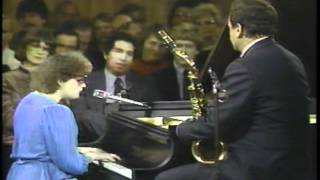