Close
Ziggy Marley
from Kingston, Jamaica
October 17, 1968 (age 53)
Biography
Both as the leader of the Melody Makers and later as a solo artist, Ziggy Marley asserted his individual role as a reggae star, honoring the socially conscious values of his family's legacy while securing his own space in global music and culture. As the oldest son of reggae legend Bob Marley and his wife Rita, he was the natural heir to the throne left vacant by his father's untimely death in 1981. Beginning in the late '80s, Marley and his younger siblings helped infuse reggae with heavy doses of vibrant pop, breaking through with their Grammy-winning 1988 masterpiece, the Chris Frantz- and Tina Weymouth-produced Conscious Party, which yielded the Top 40 hit "Tomorrow People" and was followed a year later by their biggest commercial success and second Grammy winner, One Bright Day. Following a string of highly regarded albums in the '90s -- including the acclaimed Fallen Is Babylon -- Marley launched a successful second act as solo artist, reaching another career high with both 2006's Love Is My Religion and 2013's Fly Rasta (another Grammy winner), which featured reunion appearances from the Melody Makers. Following in his father's footsteps as a political voice and philanthropist, he later created the children's health and education charity U.R.G.E., and he has also written music for or appeared in numerous television shows, from Sesame Street to Hawaii Five-O. Marley has even recorded a couple of children's albums including 2020's highly collaborative More Family Time.

Born David Nesta Marley in Kingston, Jamaica on October 17, 1968, Ziggy Marley received guitar and drum lessons from his father, and began sitting in on Wailers recording sessions at the age of ten. In 1979, Ziggy, his sister Cedella, brother Stephen, and half-sister Sharon all joined Bob in the studio to record the single "Children Playing in the Streets." Christened the Melody Makers, the four siblings continued playing together at family events, and even performed at their father's state funeral. Marley was not even 17 when he and the Melody Makers issued their EMI debut LP, Play the Game Right. The burdens of becoming a second-generation star weighed heavily on the young singer -- who looked and sounded almost eerily like his father -- and he allowed the record and its 1986 follow-up, Hey World!, to veer closely toward pop music, resulting in derision from reggae purists.

Poor sales, combined with EMI's public desire to market Ziggy as a solo act, prompted Marley the Melody Makers to jump to the Virgin label, where they entered the studio to record their masterpiece, 1988's Conscious Party. Produced by Talking Heads' Chris Frantz and Tina Weymouth, the album was both a critical and commercial smash, with the single "Tomorrow People" reaching number 39 on the pop charts. The follow-up, 1989's One Bright Day, continued the Melody Makers' artistic growth; it was also their best-selling effort to date, cracking the Top 20 and, like its predecessor, winning a Grammy. Marley the Melody Makers returned in 1991 with Jahmekya, another assured and creative effort. It sold well, edging into the Top 20, but failed to generate as much radio or video airplay as its predecessors. Released in 1993, Joy and Blues barely charted, despite adding elements of contemporary dancehall (a showcase for Stephen's rapping skills). The latter record was the Melody Makers' last release for Virgin, and they moved to Elektra for 1995's Free Like We Want 2 B.

Like his father, Marley eventually emerged as a political voice, and was named a Goodwill Youth Ambassador for the United Nations; at home in Kingston, he also founded his own record label, Ghetto Youths United, created to spotlight the next generation of reggae talent. In conjunction with Elektra, he used his new label to release the Melody Makers' next album, 1997's Fallen Is Babylon, which returned them to the spotlight via the hit "People Get Ready," earning them another Grammy in the process. The 1999 album Spirit of Music and subsequent concert release Live, Vol. 1 would prove to be the Melody Makers' final two releases as a band.

Without his siblings behind him, Dragonfly was released as Marley's first official solo album in 2003, but its 2006 follow-up, Love Is My Religion, proved to be more commercially viable, as the album's title track put Ziggy back on reggae radio throughout the globe. His 2009 effort, Family Time, was a charming children's album, while 2011's Wild and Free returned to the socially conscious reggae that launched his career. In 2012, he released his first comic book featuring the hero Marijuanaman, and followed it in 2013 with the live album In Concert. The diverse Fly Rasta followed a year later and featured a Melody Makers reunion thanks to guest appearances from Erica Newell plus Sharon and Cedella Marley. It won Best Reggae Album at the 57th Grammy Awards. In 2016 he returned with his sixth solo -- but first self-titled -- album, which featured the single "Weekend's Long." Returning in 2018, Marley's self-produced seventh album, Rebellion Rises, was directed toward themes of activism and social change. Two years later, as a sort of balm for 2020's global tumult and anxiety, he turned his gaze toward comfort and recorded his second children's album, More Family Time, which included collaborations with Sheryl Crow, Lisa Loeb, and Busta Rhymes, among others. ~ Jason Ankeny, Rovi 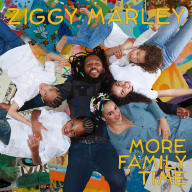 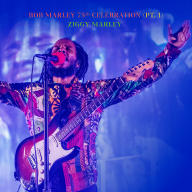 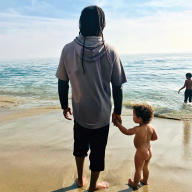 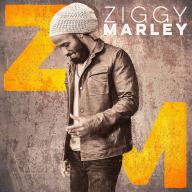 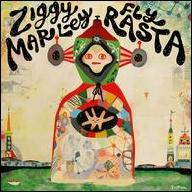 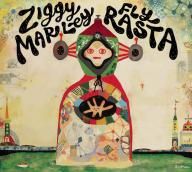 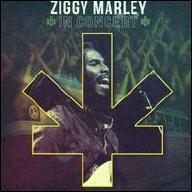 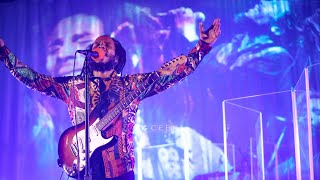 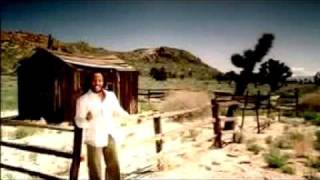 Ziggy Marley | True To Myself | Dragonfly 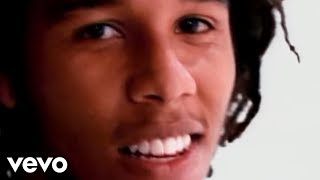 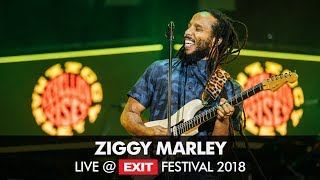 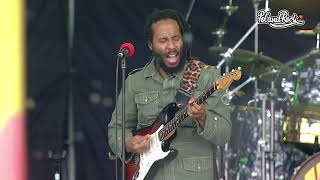 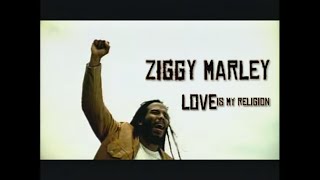 Ziggy Marley - Love Is My Religion 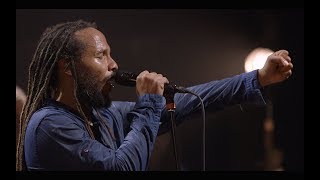