Close
Robyn Hitchcock
from London, England
March 3, 1953 (age 68)
Biography
Robyn Hitchcock is one of England's most enduring contemporary singer/songwriters and live performers. Despite having been persistently branded as eccentric or quirky for much of his career, Hitchcock has continued to develop his whimsical repertoire, deepen his surreal catalog, and expand his devoted audience beyond the boundaries of cult stature. He is among alternative rock's father figures and is the closest thing the genre has to a Bob Dylan (not coincidentally his biggest inspiration).

Starting his career as a folkie in Cambridge, England, Hitchcock has been compared to such British folk-rock figures as Roy Harper and the Incredible String Band, specifically because of his acoustic guitar and loopy vocal style, though his rock voice bears shades of John Lennon and Syd Barrett. Switching gears early to front the Soft Boys, a punk-era band specializing in melodic, chiming jangle pop and clever lyrics (Underwater Moonlight remains a classic of the genre), it wasn't long before he quit the band and made his solo debut. Black Snake Diamond Role (1981) confirmed his reputation as an oddball thanks to his titles "Brenda's Iron Sledge" and "Acid Bird," among others. The psychedelia of Groovy Decay (1982) followed, as did the all-acoustic I Often Dream of Trains (1984). By 1985, Hitchcock's unpredictable songsmithing coalesced on Fegmania! Later that year, the live document Gotta Let This Hen Out! demonstrated his command of the stage. In 1988, he landed his first major U.S. label contract with AM Records and followed the signing by releasing the ambitious Globe of Frogs (1988) and Queen Elvis (1989). He continued to record (Perspex Island, 1991; Respect, 1993) and receive college radio airplay, though once the momentum of the AM years began to lag, Hitchcock bounced back in 1996 with the return-to-form Moss Elixir (Warner Bros.), which embraced his folk roots. Storefront Hitchcock, the soundtrack to the Jonathan Demme-directed concert film, followed in 1998.

Upon release from his contract with Warner Bros., Hitchcock self-released A Star for Bram (Editions PAF!, 2000), a collection of outtakes and leftover recordings from the Jewels for Sophia (1999) sessions. In 2002 he released Robyn Sings, a double-disc collection of Bob Dylan songs culled from various live appearances in America and abroad between 1999-2000. The stripped-down Luxor followed in 2003, released in conjunction with his 50th birthday. In 2004, he took not only a bit role in Jonathan Demme's remake of The Manchurian Candidate, but released Spooked (Yep Roc Records) a one-off collaboration with alternative country artists Gillian Welch and David Rawlings, recorded over a period of six days in Nashville. A Japanese-only compilation of his work was released in 2005, while 2006 offered This Is the BBC, a collection of his BBC sessions from the '90s, as well as Olé! Tarantula, a new batch of surreal pop tunes recorded with members of the Minus 5.

In 2007, Hitchcock became the subject of a documentary by director John Edginton (Robyn Hitchcock: Sex, Food, Death... and Insects) -- a behind-the-scenes look at Hitchcock's work with Nick Lowe, John Paul Jones, Peter Buck, Bill Rieflin, Gillian Welch, and other collaborators in the Venus 3 project. A companion live EP of the Venus 3's subsequent American tour was released at the same time. In late 2007, Yep Roc began reissuing all of Hitchcock's earlier work, culminating in the boxed collection I Wanna Go Backwards. Hitchcock delved back into the archives for 2008's Shadow Cat, a collection of unreleased material from the latter half of the '90s, and also for Luminous Groove, a box set of early Egyptians releases and rarities. Goodnight Oslo, his second release with the Venus 3, and the live CD/DVD set I Often Dream of Trains in New York arrived in 2009. The following year, Hitchcock dropped Propellor Time, a collaboration with the Smiths’ Johnny Marr, Nick Lowe, and John Paul Jones (as well as the Venus 3) that was three years in the making. An all-new solo outing, Love from London, arrived on March 4, 2013, a day after his 60th birthday. The Man Upstairs, a self-described collection of "new originals, classic covers, and little-known gems" produced by legendary folk producer Joe Boyd, was released in 2014. 2017's eponymous Robyn Hitchcock marked a return to the more rock-oriented sound of his earlier works, splitting the difference between the blazing psych-rock of the Soft Boys and artful jangle pop of his output with the Venus 3. ~ Denise Sullivan & J. Scott McClintock, Rovi 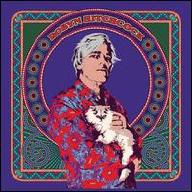 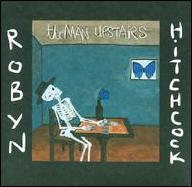 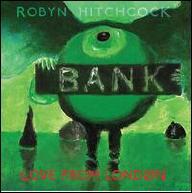 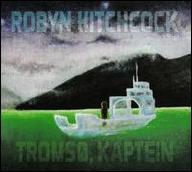 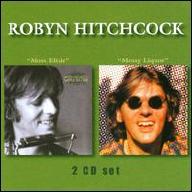 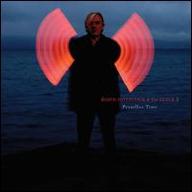 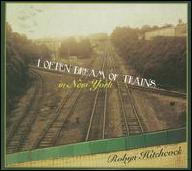 I Often Dream of Trains in New York
2009
Videos
Close 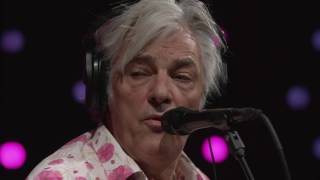 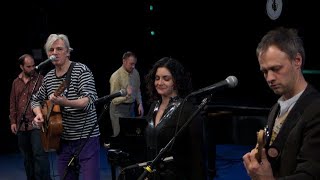 ROBYN HITCHCOCK. I OFTEN DREAM OF TRAINS. A CONCERT FILM 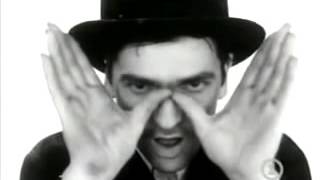 Robyn Hitchcock - Madonna of the Wasps 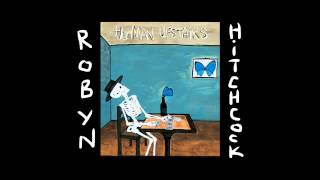 Robyn Hitchcock - "The Ghost In You" (Official Audio) 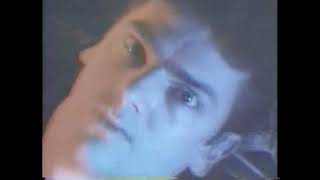 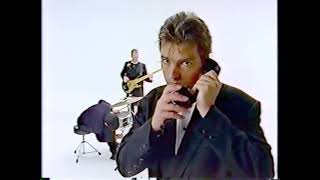 Robyn Hitchcock & The Egyptians - So You Think You're In Love 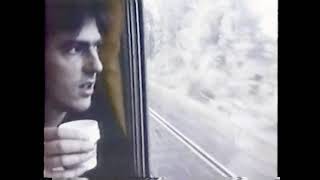