Close
Eric Alexander
from Galesburg, IL
August 4, 1968 (age 53)
Biography
Known for his warm tone and robust, bop-informed lyricism, saxophonist Eric Alexander has carried the torch for straight-ahead modern jazz into the 21st century. Influenced by artists like Dexter Gordon and George Coleman, Alexander initially garnered attention playing in Chicago in the early '90s before moving to New York. He has received acclaim for his driving hard bop albums like 1999's Man with a Horn, 2006's It's All in the Game, and 2017's Song of No Regrets. He is a founding member of the all-star sextet One for All, and has played with a bevy of luminaries including Charles Earland, Harold Mabern, Cedar Walton, and many more.

Born in 1968 in Galesburg, Illinois, Alexander grew up in Olympia, Washington the son of musically inclined parents who encouraged him to play piano. In elementary school, he picked up the clarinet and switched to the alto saxophone at age 12. Initially a classical student, he enrolled at Indiana University where he came under the influence of noted jazz educator David Baker. There, he began focusing on jazz improvisation and ultimately transferred to William Paterson College in New Jersey. There, he furthered his jazz studies, working with player/teachers like Joe Lovano, Harold Mabern, and Rufus Reid. He also soaked up the work of saxophone masters, studying solos by Sonny Stitt, Dexter Gordon, John Coltrane, George Coleman, and Joe Henderson. Following graduation, he relocated to Chicago, where he built a strong reputation playing in local bars and clubs. In 1991, he came to wider recognition placing second behind Joshua Redman in the prestigious Thelonious Monk International Saxophone Competition. The following year, he moved to New York where he made his recording debut as a leader with New York Calling on Criss Cross.

Alexander followed his Criss Cross debut with Straight Up, issued on Delmark in 1992 and featuring pianist Mabern, trumpeter Jim Rotondi, bassist John Webber, and drummer George Fludas. Throughout the '90s, the saxophonist continued to record for both Criss Cross and Delmark, releasing a number of well-received albums like 1994's Full Range, 1995's Stablemates with veteran tenor saxophonist Lin Halliday, and 1998's Mode for Mabes. He was also part of Criss Cross' Tenor Triangle session and recorded with Cecil Payne, Rob Mazurek, and Charles Earland; the latter appeared on the saxophonist's 1999 High Note-session Alexander the Great.

Also during this period, he co-founded the jazz supergroup One for All with trumpeter Rotondi, pianist Hazeltine, bassist Webber, trombonist Steve Davis, and drummer Joe Farnsworth. A hard-swinging ensemble in the mold of Art Blakey's Jazz Messengers, One for All tours often, and has released a bevy of albums since the late '90s including Too Soon to Tell, Wide Horizons, and What's Going On? Along with his continued work with One for All, Alexander has kept busy issuing a steady slew of his own recordings. His 11th album, Man with a Horn, arrived in 1999 on the Milestone label, which also issued the follow-up, The First Milestone, in 2000. A third Milestone date, Summit Meeting, appeared in 2002 and featured a guest spot from trumpeter Nicholas Payton.

Beginning with 2004's Dead Center, Alexander returned to High Note and has continue to record on the label, issuing albums like Battle: Live at Smoke with alto saxophonist Vincent Herring in 2005, Temple of Olympic Zeus in 2007, Revival of the Fittest in 2009, and Don't Follow the Crowd in 2011. In 2012, Alexander once again paired with equally adept saxophonist Herring for the concert album Friendly Fire: Live at Smoke. Two years later, he paid homage to his adopted hometown of Chicago with the album Chicago Fire.

The studio date The Real Thing arrived in 2015 and featured his longtime band with Harold Mabern, Joe Farnsworth, and John Webber. A year later, he sat in with the Bernd Reiter Quintet for a live album on SteepleChase, followed by another guest session on Federico Bonifazi's You'll See, also on SteepleChase. The saxophonist also reconnected with One for All for 2016's The Third Decade. Alexander then returned to his own session work with 2016's Second Impression, which showcased octogenarian bassist Bob Cranshaw. The following year, he delivered Song of No Regrets, featuring appearances by percussionist Alex Diaz and special guest trumpeter Jon Faddis. In 2019, he issued the trio album, Leap of Faith, and as well the sophisticated orchestral session Eric Alexander with Strings. ~ Matt Collar, Rovi 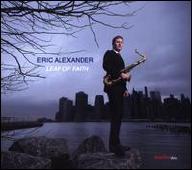 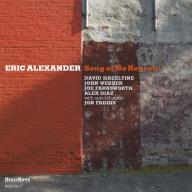 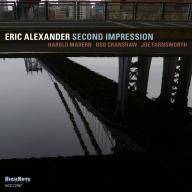 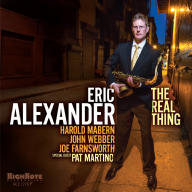 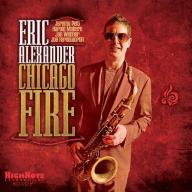 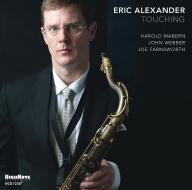 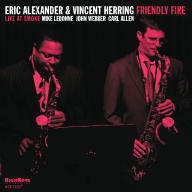 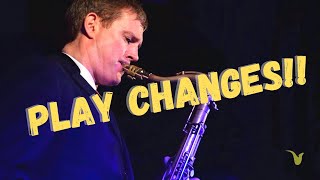 The Key to Jazz Improvisation? with Eric Alexander 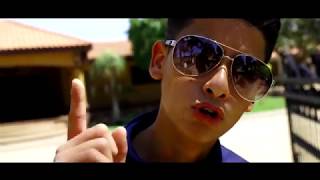 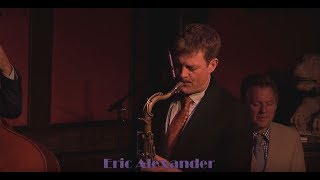 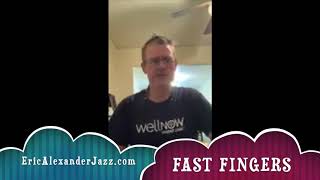 Ask Eric: How to Play Fast 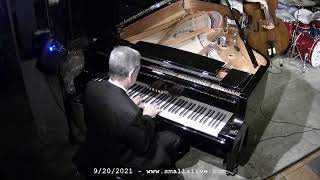 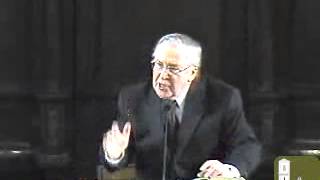 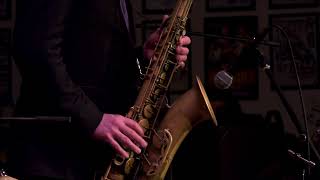