Close
Sean O'Hagan
from Ireland
Biography
As the guiding force behind High Llamas and a floating member of Stereolab, multi-instrumentalist, singer, songwriter, and arranger Sean O'Hagan developed a very specific sonic fingerprint -- Baroque '60s melodies, sweeping orchestral strings, and warmly bleeping vintage synths all commingled in smooth harmonies -- that helped define a small part of the indie sound of the '90s and proved influential to those who followed in both bands' footsteps. The High Llamas released albums throughout the decade that balanced Steely Dan-styled soft rock songcraft (Gideon Gaye), circular arrangements (Hawaii), and trippy easy listening music (Cold and Bouncy). Meanwhile, O'Hagan was working with Stereolab, adding keyboards and helping with their space age arrangements. He continued to split his time between recording as High Llamas and providing his services to several artists including Super Furry Animals, Kassin, and Paul Weller. The High Llamas never strayed far from O'Hagan's original idiosyncratic template, though some albums gave it a twist, like 2003's mostly acoustic Beet, Maize Corn and 2016's theatrical Here Come the Rattling Trees. In 2019, he set aside the High Llamas name to release a solo album, Radum Calls, Radum Calls, on which he reunited with Cathal Coughlan, the singer of Microdisney, the band in which O'Hagan began his long career.

O'Hagan and Cathal Coughlan founded Microdisney in Cork, Ireland, in the early '80s and achieved a measure of popularity with their literate and often politically tinged brand of indie pop. After relocating to London in 1982, Microdisney continued to release critically acclaimed albums until late 1988, when the group disbanded. Coughlan went on to form the Fatima Mansions, while O'Hagan channeled his creative energies into his own music. O'Hagan's debut solo album, High Llamas, was released in 1990, and the Beach Boys-inspired instrumentation (and general West Coast smoothness) of the record provided a glimpse at where things were headed. O'Hagan then formed the High Llamas as a vehicle to indulge his Baroque pop/Beach Boys/space age electronic interests, and released Santa Barbara in 1992.

Right around this time, after meeting the band at one of their shows, O'Hagan hooked up with Stereolab, remaining with them as a full-time keyboardist until the release of 1994's Mars Audiac Quintet, but continued to guest on subsequent records. The High Llamas released Gideon Gaye in 1994, and followed it in 1996 with Hawaii, an album that fused European avant-garde music with an idealized West Coast sunshine pop aesthetic. These two records boosted the High Llamas' profile, as did O'Hagan's ongoing association with Stereolab. Along with his helping craft their albums, the group's Mary Hansen guested on the High Llamas' 1999 album Snowbug, as well as 2000's Buzzle Bee. O'Hagan also collaborated with Stereolab's Tim Gane on a one-off side project, Turn On, from 1996 and found others to work with, including Palace Songs, Cornelius, and a host of other notable artists throughout the late '90s. His mastery at re-creating the sound of a very specific period of the Beach Boys' career even earned him a meeting with Brian Wilson with an eye toward a possible collaboration that sadly never came to pass.

In 2003, the Llamas' seventh album, Beet, Maize Corn, delighted critics with its almost exclusive use of string, brass, and woodwind arrangements, elements that would carry over (but not dominate) their exquisite, early 2007 effort Can Cladders. Toward the end of that year, Gane and O'Hagan collaborated a second time for the soundtrack to the French comedy La Vie d'Artiste. Along with the High Llamas and Stereolab -- whose records he continued to appear on until their swan song, 2008's Chemical Chords -- O'Hagan loaned his talents out to a wide range of artists throughout the decade. String arrangements for a number of Super Furry Animals' albums, a variety of instruments on Kassin+2's Futurismo, and many more projects kept him very busy. He also co-created a series of installations with Jean-Pierre Muller that paired the artists' visual images with O'Hagan's arrangements. The music from one of them, The Musical Paintings, was released by Drag City in 2008.

It wasn't until 2011 that the High Llamas returned; on Talahomi Way, the band opted for a warmer, more overtly '60s-inspired sound. After that album, O'Hagan returned to providing arrangements for artists like Paul Weller, Gruff Rhys, and Alexander Von Mehren. The next High Llamas album, Here Come the Rattling Trees, began as a theater piece revolving around characters O'Hagan invented while bicycling around his Peckham neighborhood. The group performed in pubs and theaters in 2014, then recorded the musical portions for Drag City to release in early 2016.

He spent the next few years working on records by Kassin and Domenico Lancellotti, while also rejoining Coughlan to perform Microdisney songs at a pair of concerts. The reunion went so well that O'Hagan asked Coughlan to provide vocals and lyrics; he contributed each for three songs on 2019's Radum Calls, Radum Calls, the first album under the Sean O'Hagan name in 30 years. The typically delicate and tuneful record was issued by longtime label Drag City in October of 2019. ~ J. Scott McClintock & Tim Sendra, Rovi 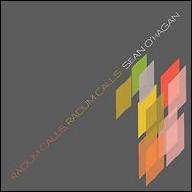 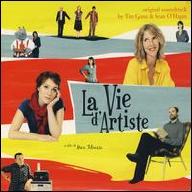 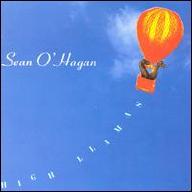 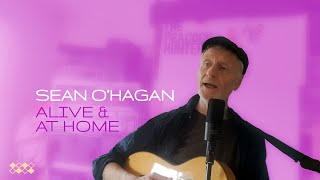 Sean O'Hagan Alive and At Home 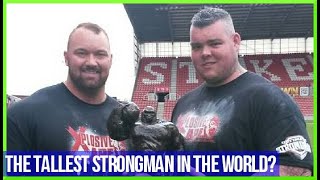 Who is Sean O'Hagan? 7 foot Strongman Taller than Thor! 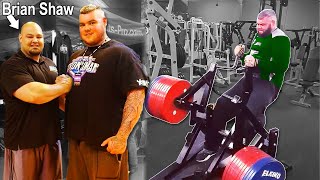 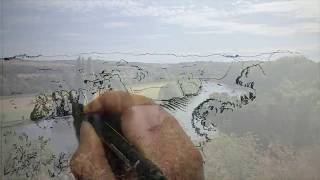 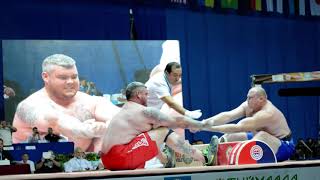 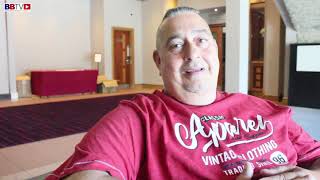