Close
Frank Loesser
from New York, NY
June 29, 1910 - July 26, 1969 (age 59)
Biography
A respected Broadway name due to his Guys and Dolls and How to Succeed in Business Without Really Trying, a composer who wrote half a dozen wartime songs including "Praise the Lord and Pass the Ammunition," a Hollywood lyric-writer for several 1940s films -- it appears that Frank Loesser had several careers packed into his one life. Born into a musical family in New York City in 1910, Loesser refused formal training, however, deciding instead to learn by himself while at the piano. Never serious about a show-business career, he dropped out of college to work at a series of jobs including office boy, reporter, inspector, advertising salesman and part-time vaudevillian. After selling one song to a fellow performer, he earned a job as a lyric-writer in Tin Pan Alley, and first published in 1931. Though Fats Waller recorded another of his early-'30s compositions, "I Wish I Were Twins," Loesser was unsuccessful and had to augment his income by singing at a 52nd St. nightspot.

In 1936, Frank Loesser decided that he could make his fortune in Hollywood; after signing a contract with Universal, he was released less than a year later, but found success soon after with "The Moon of Manakoora," sung by Dorothy Lamour in 1937's The Hurricane. Several moderate film hits followed during the late '30s and early '40s ("I Fall in Love with You Every Day," "The Boys in the Back Room," "Kiss the Boys Goodbye"), all composed with a variety of musical collaborators.

Loesser's transition into true popular success came in 1942, just after the Japanese attack on Pearl Harbor. Writing a song around an overheard comment and composing a few notes of music to aid in the lyrical flow, Loesser came up with "Praise the Lord and Pass the Ammunition." After being published in 1942, the song sold several million copies (including copies of sheet music) during the war years, with hit versions recorded by Kay Kyser and Merry Macs. Loesser later joined the military, and continued to to compose more service-related songs, including "First Class Mary Brown," "The WAC Hymn," "What Do You Do in the Infantry?" and "Salute to the Army Air Force."

At the end of World War II, Loesser continued to write in Hollywood (earning an Academy award in 1949 for "Baby It's Cold Outside" from Neptune's Daughter), but he also returned to Broadway, composing the score to 1948's Where's Charley? as a dry run for his biggest success, 1950's Guys and Dolls. The musical ran for over 1,200 performances, was continually revived on and off-Broadway, and became a feature film in 1955 starring Frank Sinatra and Marlon Brando. The Most Happy Fella followed in 1956, and was the first for which Loesser composed the libretto as well as the score. It was a moderate success, as was 1960's Greenwillow. Loesser's second triumphant production came in 1961, when How to Succeed in Business Without Really Trying captured a Pulitzer Prize, a Tony, and Drama Critics Circle award for best musical of the season. Loesser's last production (Pleasures and Palaces) was a failure, but the 1967 film version of How to Succeed in Business was enough to make most forget. Frank Loesser died of cancer in 1969. ~ John Bush, Rovi 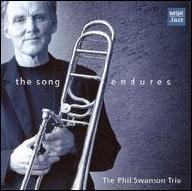 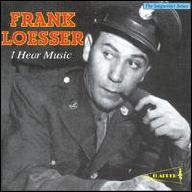 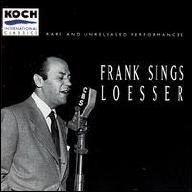 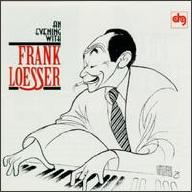 An Evening With Frank Loesser
1992 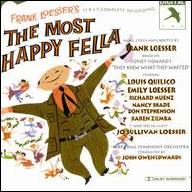 The Most Happy Fella
2000
Videos
Close 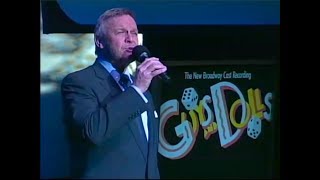 A Tribute To Frank Loesser, Up Close & Personal 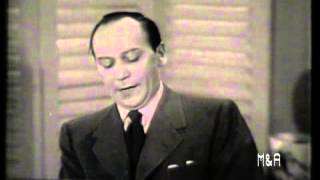 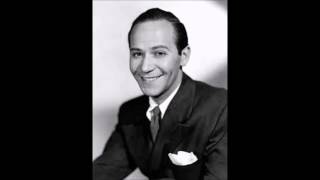 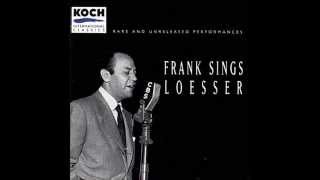 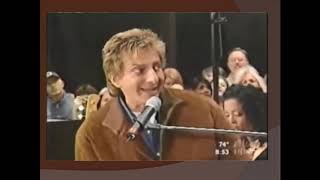 Frank Loesser and his Broadway musicals- 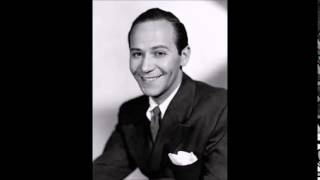 Frank Loesser - Baby It's Cold Outside 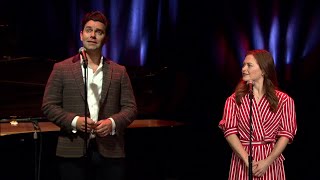 Frank Loesser : Guys and Dolls : My time of day / I've never been in love before (Goodgame / Hals...
Available here: