Close
The Osmonds
from Ogden, UT
formed January 1, 1959 (age 62)
Biography
Following the breakout success of the Jackson 5 in 1970, it was practically inevitable that a pre-existing quintet of brothers who had already enjoyed almost a decade in the national spotlight, would follow them to teen idol superstardom. With dynamic youngest brother Donny as a focal point (much like Michael was for the Jacksons), the Osmonds did exactly that, enjoying a run of massive popularity during 1971-1972. While their success as a unit began to wane and had flickered out by the end of 1974, the Osmonds spun off a long-lasting show business career for Donny (as well as sister Marie), and the other members of the group even enjoyed a successful comeback as country artists.

Born to George and Olive Osmond of Ogden, Utah, brothers Alan (born June 22, 1949), Wayne (born August 28, 1951), Merrill (born April 30, 1953), and Jay (born March 2, 1955) began singing together in 1959, honing their performance skills at family entertainment venues such as county fairs and amusement parks. At this point, the brothers chiefly sang barbershop harmony, mixing some gospel tunes into their repertoire as well. In 1962, George took the boys to Los Angeles, hoping to secure an audition for The Lawrence Welk Show; after Welk refused to see the group, their father eased the disappointment with a trip to Disneyland, where the brothers gave an impromptu concert with another barbershop quartet employed by the park. The Osmonds were signed on as regular nighttime performers, and luck smiled on them just a few weeks later when the father of popular singer -- and newly minted variety show host -- Andy Williams caught their act and recommended them to his son. Five days before Christmas in 1962, the Osmonds made their national television debut on The Andy Williams Show, on which they would continue to appear regularly until its cancellation in 1967. About a year after that initial appearance, younger brother Donny (born December 9, 1957) officially joined the group, and the Osmonds soon began to broaden their musical range with clean-cut pop songs.

Following the demise of the Williams series, the Osmonds moved on to The Jerry Lewis Show, where they stayed until 1969. In 1970, the commercial explosion of family bubblegum groups such as the real-life Jackson 5 and the fictional Partridge Family made the Osmonds obvious candidates for pop stardom. MGM president Mike Curb signed the Osmonds and sent them to work with Muscle Shoals studio owner and famed R&B producer Rick Hall. Hall's staff songwriter George Jackson had penned a sure-fire hit titled "One Bad Apple (Don't Spoil the Whole Bunch)," which appeared on the group's debut album, Osmonds. Released as a single at the very beginning of 1971, "One Bad Apple" shot up the charts and landed in the top spot for five weeks, finally establishing the Osmonds as recording stars after nearly a decade in the public eye. A steady stream of hits continued unabated through 1972, including "Double Lovin'," the Top Five hits "Yo-Yo" and "Down by the Lazy River," "Hold Her Tight," and "Crazy Horses." Their albums sold well too; Osmonds went gold, as did its four followers: 1971's Homemade and the 1972 triumvirate of Phase III, The Osmonds Live, and Crazy Horses. What's more, Donny's concurrent solo career was in full swing as well, with "Go Away Little Girl" topping the singles charts in 1971.

The Osmonds' momentum was slowed a bit in 1973 with The Plan, a concept album about their Mormon faith that failed to connect with the record-buying public to the same degree (although it was surprisingly popular in the U.K.). Younger sister Marie Osmond began making public appearances with the group later that year at the age of 13 (although she was never an official member) and scored a solo hit with "Paper Roses." In the end, changing tastes and an excess of spinoff projects proved to be too much for the original Osmonds to last as a group; 1974's "Love Me for a Reason" was the quintet's last Top Ten single, by which point Donny and Marie had established their own separate careers (although they often recorded as a duet act over the next few years). The group didn't officially disband until 1980, but as a unit they had long since ceased to be a commercial force in pop music.

Donny made a brief comeback in the late '80s as a contemporary dance-pop singer and Broadway performer, as well as reuniting with his sister in the late '90s for a daytime talk show, Donny & Marie. Marie had a few hits on the country charts in the '90s and was featured on one season of the ABC television show Dancing with the Stars in 2007. Beginning in the early '80s, the four eldest members of the Osmonds -- Alan, Merrill, Wayne, and Jay -- performed together as a country act under the name the Osmond Brothers and achieved respectable commercial success. They also continued as a live act, playing frequently in the resort town of Branson, Missouri (where for a time they had their own theater) and touring occasionally. In 1996, Alan retired from performing, and Jimmy Osmond took his place. They continued to release albums, primarily available through their website. A new album of sorts, Live in Las Vegas 50th Anniversary Reunion Concert, was released in 2008. In 2012, Donny rejoined his brothers for an album as the Osmonds, Can't Get There Without You, a set of adult contemporary pop with modern production touches. The Osmonds' reunion proved to be a one-off, and the next two Osmond releases were both holiday albums -- 2015's Merry Christmas, with Merrill, Jay, and Jimmy performing classic and contemporary yuletide numbers, and 2018's Very Merry Rockin' Good Christmas, an upbeat set led by Jay and Merrill. ~ Steve Huey & Al Campbell, Rovi 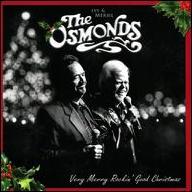 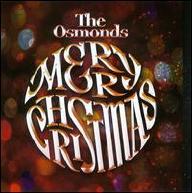 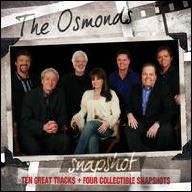 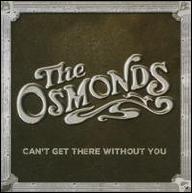 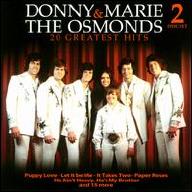 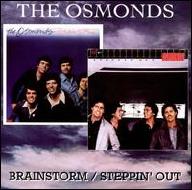 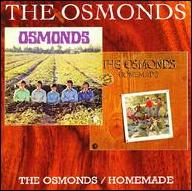 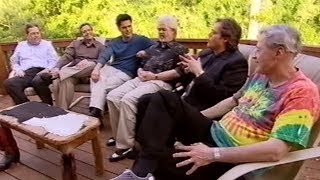 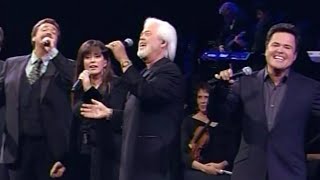 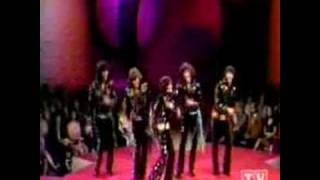 The Osmonds (video) Yo Yo 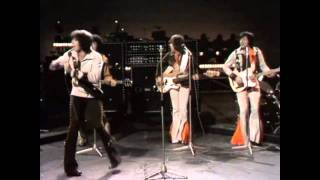 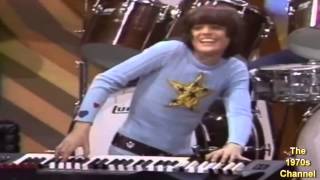 The Osmonds - Down By The Lazy River 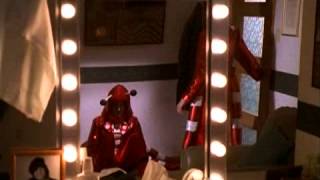 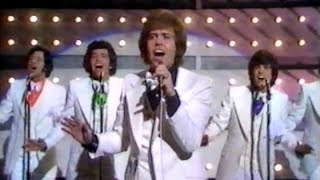 The Osmonds - "Love Me For A Reason"
Available here: