Close
Swans
from New York, NY
formed January 1, 1982 (age 40)
Biography
One of the most uncompromising rock bands of all time, Michael Gira's Swans are renowned for their constantly evolving sound, ranging from bleak, brutal noise-rock to spiritual, ethereal folk, as well as their intensely loud, transcendent live performances. Emerging from the downtown New York music scene during the early '80s, the group became notorious for their violent, confrontational shows and dissonant, hypnotically repetitive records such as 1983's Filth. Starting with the dirge-like industrial of 1986's Greed, the group's sound became more atmospheric, partially due to the addition of vocalist Jarboe, who gradually became a greater presence within the band. Albums such as 1991's White Light from the Mouth of Infinity were significantly more melodic and elaborately produced than earlier works, even while the band's concerts remained profound spectacles. By the time the group disbanded in 1997, following the previous year's ambitious double album Soundtracks for the Blind, Swans had become an incalculable influence on countless experimental, noise, post-rock, industrial, goth, and metal acts, and their reputation only continued to grow. After spending the late '90s and all of the 2000s making apocalyptic folk as the leader of the Angels of Light, Gira re-formed Swans (without Jarboe) in 2010, this time with a largely stable recording and performing lineup. This incarnation of Swans, while just as intense and uncompromising as previous ones, unexpectedly produced the group's most critically acclaimed and even commercially successful work, with 2014's To Be Kind reaching the Top 40 in both the U.S. and U.K. Gira decided to end Swans' stable lineup in 2017, subsequently working with a revolving cast of participants on 2019's Leaving Meaning.

Swans were born during the heyday of New York's no wave reaction to punk rock, on the Lower East Side. Led by guitarist, vocalist, and songwriter Michael Gira, the group was formed after the demise of his first New York outfit, Circus Mort. Swans' first lineup consisted of Gira, guitarist Sue Hanel, and drummer Jonathan Kane. The trio played with kindred spirits Sonic Youth and did some rudimentary recordings that showcased the abrasive, percussively assaultive sonics Swans were later identified with. These initial sides surfaced on the Body to Body, Job to Job compilation. A different lineup included Kane, guitarist Bob Pezzola, and Daniel Galli-Duani on saxophone; they released a self-titled EP in 1982. The personnel changed again for the band's powerful debut, Filth, issued in 1983 on Germany's Zensor imprint. It included Gira, Kane, guitarist Norman Westberg, bassist Harry Crosby, and percussionist/drummer Roli Mosimann.

Swans began to garner an audience in Europe. Kane left after Filth was released, and Swans, who were becoming known for their sheer musical brutality as well as Gira's lyrics about violence, extreme sex, power, rage, and the margins of human depravity (sometimes in the same song), began to garner a cult following at home with the release of 1984's Cop. The sound was essentially the same: extreme volume, slower-than-molasses tempos, detuned guitars, distorted electronics, and overamped drums and percussion, but there were discernible traces of something approaching melody in Gira's compositions and vocalizing. Further evidence of this new "accessibility" was heard on 1985's untitled EP, which featured the provocatively titled "Raping a Slave." It later became the EP's title. Swans' touring was relentless, and while anything even approaching popularity avoided them in the United States, their European audiences grew exponentially.

The band issued the EP Time Is Money (Bastard) and the full-length Greed at the beginning of 1986 and another album, Holy Money, and the A Screw EP later. Holy Money marked a real change in the band's sound, though its tactics were largely the same: the entrance into the band of two new influential presences: vocalist/keyboardist Jarboe and bassist Algis Kizys, who began, albeit subtly at first, to shift the band's attack into something less assaultive sonically yet no less jarring emotionally. Jarboe and Kizys would remain members of Swans until the group's extended hiatus began in 1997. Jarboe, who was actually a member of the band as early as Greed, would become a settled, foil-like presence for Gira as co-lead vocalist. Her presence signified the addition of a new set of dynamics and textures to the more brutal soundscapes the band had previously put forth. That said, when called upon to do so, she was no less primal or forceful than Gira as a singer.

In 1987 the band moved to Caroline Records and issued Children of God, a double album that marked the real transition between the two parts of the band’s sound. Gira openly embraced the softer aspects being added to Swans' sonic architecture. Further evidence is provided by the beginning of Gira and Jarboe’s new side project, Skin (World of Skin in the United States), whose first album, Blood, Women, Roses, on which Jarboe was featured on lead vocals, was released. A subsequent album, Shame, Humility, Revenge, with Gira on lead vocals, was also recorded at the same time, but released a year later. The German-only Swans set Real Love, a semi-official bootleg, was issued in 1987. Another double album, Feel Good Now, was issued by Rough Trade Records in 1988. Interestingly, despite Swans gaining attention for their own material (they regularly appeared in the pages of the British weeklies and each new release brought more laudatory ink) and even placing albums on the indie charts' lower rungs, it was ironically a single, a cover of Joy Division's immortal "Love Will Tear Us Apart," that climbed the independent charts in June, and nearly topped them.

Fantastically, Swans were offered -- and signed -- a contract with major-label MCA Records. "Saved," their first single for the label, was almost mainstream, given the band’s roots. The subsequent album, The Burning World, produced by Bill Laswell, featured another cover; this one a gorgeous reading of Blind Faith's "Can't Find My Way Home." The aggressive, savage brutality of the band’s earlier recorded sound had been almost entirely supplanted by a much more somber, elegiac, and acoustic approach to music-making, with lyrics sung (rather than shouted or screamed) in duet between Gira and Jarboe; Westberg played as much acoustic guitar as electric, Jarboe’s keyboards all but floated through the mix, and Kizys employed the upper ranges of his bass as never before. The record didn't sell enough to please MCA, however, and the band was dropped.

Live performances from Swans were another story. The group continued to play violent music at outrageous volumes that were punishing for audience members, and sometimes displayed shocking and provocative stage antics. Crowds only grew. With critical backlash mounting and the band faced with new listeners, Gira gambled -- or reacted, depending on whose point of view you take. Instead of following up The Burning World with another album, he formed his own label, Young God, and spent the next few years reissuing earlier Swans material. Gira and Jarboe issued their final World of Skin album, Ten Songs for Another World, in 1990, but Swans didn’t release another album until the stellar White Light from the Mouth of Infinity in 1991. It was their most commercially viable yet adventurously experimental set to date, with myriad textures, dynamics, and sophisticated production techniques. Various forms of electronics were added to the other instruments, creating depth and dimension in the group's sound. The band toured the album in front of largest audiences. In 1992, Swans issued the full-length Love of Life and the live set Omniscience.

In 1993 Jarboe released her first solo project, Beautiful People Ltd., in collaboration with keyboardist Lary Seven, offering an entirely different side of her mysterious multi-octave vocal persona in Swans: it was a collection of neo-psychedelic pop songs. Gira, meanwhile, wrote fiction in earnest, resulting in the publication of his first book, The Consumer and Other Stories, published by Henry Rollins' 2.13.61 Press in 1995. Swans also resurfaced with the lauded The Great Annihilator. Jarboe issued her second solo offering, Sacrificial Cake, and Gira released his first solo album, Drainland, to boot. After touring with all the new material, the band reconvened later in the year to begin recording Soundtracks for the Blind, which was issued by Young God in 1996. The band did a final tour before Gira announced in early 1997 that Swans were finished (a subsequent live album was titled Swans Are Dead). He began a new recording project that focused on his songwriting called the Angels of Light, and continued running Young God, a label that became an innovative force in independent music. Jarboe pursued a successful solo career, often employing former members of Swans as well as collaborating with artists including Tool's Maynard James Keenan and Jesu's Justin Broadrick, to name just two of the dozens. Gira also continued writing and publishing fiction.

In 2009, news surfaced via the Young God home page that Gira might reconvene Swans for a set of songs he had written. In early 2010 the words "SWANS ARE NOT DEAD" appeared on his MySpace page. The new version of the band consisted of former as well as new members including guitarists Westberg and Christoph Hahn, drummer/percussionist Phil Puleo and drummer Thor Harris, and bassist Chris Pravdica. The band recorded the album My Father Will Guide Me Up a Rope to the Sky, which was released in September of 2010 on Young God. The live album We Rose from Your Bed with the Sun in Our Head followed in 2012 (initially released in a handmade limited edition with bonus tracks). In August of that year, Swans released the sprawling double album The Seer, an album that Gira claimed was 30 years in the making. Gira and his collaborators were hardly short on ideas by this point, and following another limited release titled Not Here/Not Now, they released another double album, 2014's To Be Kind, which featured guest vocals from St. Vincent and Cold Specks. The album was an unprecedented success for the band, earning unanimous critical acclaim as well as unexpectedly hitting the Top 40 on both the U.S. and U.K. album charts.

After the album's success, Gira announced that the forthcoming Swans tour and album would be the last by the existing lineup of the group, who would continue with a revolving cast of musicians. Following The Gate, another limited double-CD of live recordings and demos, Swans released The Glowing Man, yet another ambitious double album, in 2016. Deliquescence, a limited double CD of live performances featuring three pieces unavailable on studio albums, was issued in 2017. Swans went on hiatus in 2018, but Gira briefly toured with Westberg along the West Coast of the United States, performing newly written material. What Is This?, a limited fundraiser album of acoustic demos, was made available in early 2019, and full-length Leaving Meaning. arrived in late October. Guest musicians on the album included the Necks, Anna and Maria von Hausswolff, Ben Frost, and Baby Dee. ~ Thom Jurek, Rovi 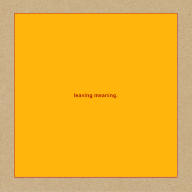 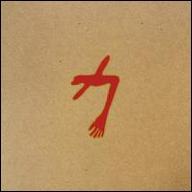 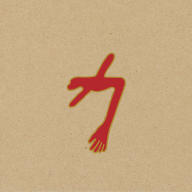 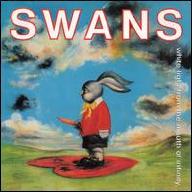 White Light From the Mouth of Infinity/Love of Life
2015 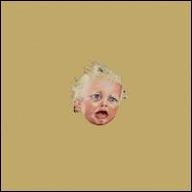 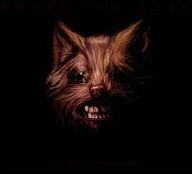 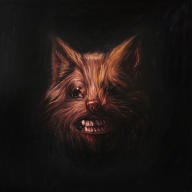 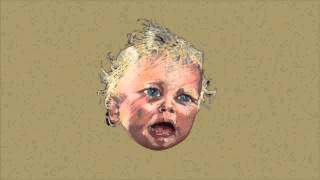 SWANS "A LITTLE GOD IN MY HANDS" (TO BE KIND) 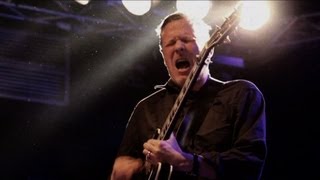 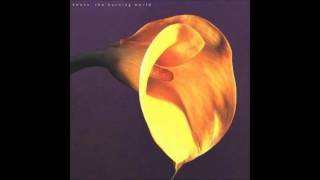 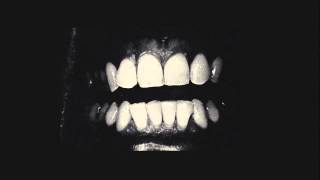 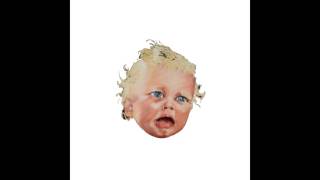 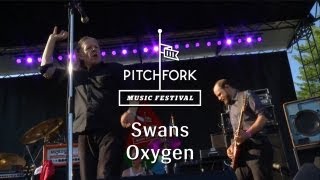 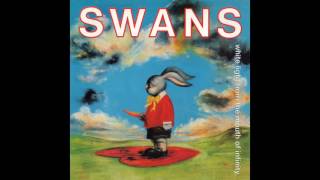