Close
Bam Brown
Biography
In the dramatis personae of mid-20th century jazz, bassist and jive vocalist Tiny Bam Brown is remembered for having served as Bulee Slim Gaillard's right-hand man over the course of about 24 months. Gaillard's initial success began in 1938 in collusion with singing bassist Slam Stewart, who was drafted during the Second World War and then became a member of the Art Tatum Trio. When Gaillard cut his famous recording of Cement Mixer Put-Ti-Put-Ti in Los Angeles on January 12, 1945 with Bam Brown and drummer Zutty Singleton, it was the inauguration of a trio that would serve as the kernel of Gaillard's increasingly popular bop-flavored novelty act throughout much of this period, and which became a quartet with the addition of pianist Dodo Marmarosa. This group appeared in a short film performing Laguna Oreenee, after which Gaillard and Brown cut a dozen titles for the King label with larger ensembles billed as Slim Gaillard His Boogiereeners; in addition to formidable young players like trumpeter Howard McGhee and saxophonist Lucky Thompson, these recordings also featured a pianist named Fletcher Smith who doubled on harpsichord, and the drumming and/or scatting of Leo Scat Watson, former leader of the Spirits of Rhythm and a perfect addition to the mayhem-inducing company of Gaillard and Brown. During the final weeks of 1945, while cutting about 40 sides with Marmarosa, Singleton, or Watson, Gaillard and Brown perfected their peculiarly slaphappy routine, which generally consisted of boogie, swing, and bop-based jive tunes sung by Gaillard while Brown echoed his utterances in a funny little high-pitched voice. This was Gaillard's second great period of recording activity, riddled with unprecedented amounts of nonsensical crosstalk, hepcat horseplay, silly subject matter, and interesting titles like Voutoreene, Ding Dong Oreenee, Drei Six Cents, and Oxydol Highball.

The pinnacle of this entire story occurred on December 29, 1945, when the Slim Gaillard Quartet cut four titles with Dizzy Gillespie, Charlie Parker, and tenor saxophonist Jack McVea. Immortalized under the heading of Slim's Jam, these records document Brown's ability to support heavy hitters like Bird and Diz while engaging in vocal duets with Gaillard on Flat Foot Floogie and Popity Pop. The second leg of Brown's two-year adventure with Gaillard began with a visitation from boogie-woogie pianist Wini Beatty and another fine date involving Thompson and McGhee alongside bop clarinetist Marshall Royal. It was at this session that Gaillard and Brown introduced one of their most effective numbers, Chicken Rhythm. After knocking off a few V-Discs with Leo Watson, the two performed their definitive collaborative opus, the "Opera in Vout" or "Groove Juice Symphony," at the Embassy Theater in Los Angeles as part of Norman Granz's Jazz at the Philharmonic package on April 22, 1946. Weeks later, the two men waxed four titles with pianist Bill Early and drummer Scatman Crothers. A brief engagement at Billy Berg's club constituted Watson's final collaboration with Gaillard and Brown; a film soundtrack made shortly thereafter has drumming by Crothers. Brown's final sessions with Gaillard include 16 sides released on the MGM label, with the only other identified participants being Marmarosa and one Jim Hawthorne who barks like a dog on the Serenade to a Poodle. By far the best titles from 1947 are Down by the Station and the entertaining Money, Money, Money. After this, Bam Brown disappears from the Gaillard discography, and from the annals of jazz history. He was replaced with Ernie Shepard who was succeeded by Clyde Lombardi, Ray Brown and Percy Heath -- great modern bassists, but obviously none of them clowned around and carried on the way he had. ~ arwulf arwulf, Rovi 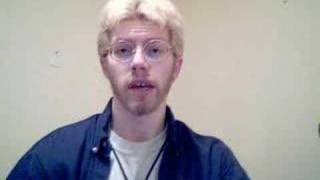 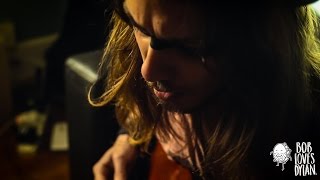 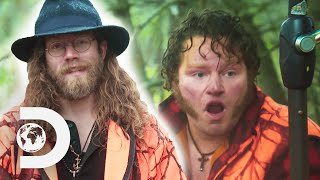 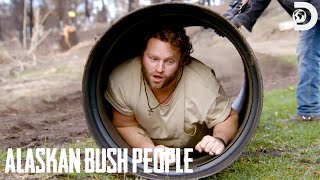