Close
Alvin Lucier
from Nashua, NH
May 14, 1931 (age 90)
Biography
A trailblazing force in psycho-acoustic music, Alvin Lucier is an avant-garde composer and performer whose work relates to acoustic phenomena and the science of sound. His recordings, performances, and installations examine the physical properties of sound itself. His innovations include the use of brain waves to generate music, the notation of performers' physical gestures, and the role of room acoustics in the compositional process. He is best known for his influential 1969 composition I Am Sitting in a Room, a process piece which repeats a passage of spoken text until only the resonant frequencies remain, rather than the actual words. Also notable is Music on a Long Thin Wire (1977), a generative drone piece utilizing a large magnet, a piano wire, and a sine wave oscillator. Lucier has also composed works for orchestra with electronics, including Crossings (1984), in addition to purely orchestral works (featured on the 2013 release Orchestra Works), choral compositions, and pieces for solo instruments, such as Ricochet Lady, a 2016 composition for glockenspiel. A professor at Wesleyan University since 1970, Lucier's students include Nicolas Collins, Arnold Dreyblatt, and Judy Dunaway.

Alvin Lucier was born in Nashua, New Hampshire in 1931. Educated at Yale and Brandeis, he also spent two years in Rome on a Fulbright Scholarship before returning to Brandeis in 1962 to teach and conduct the university's chamber chorus. Lucier met Gordon Mumma and Robert Ashley in 1963; the pair invited Lucier and the Brandeis chamber chorus to perform at the annual ONCE Festival in Ann Arbor, Michigan. Lucier then invited Mumma, Ashley, and David Behrman to perform at Brandeis in 1966. The four then formed the Sonic Arts Group, later changed to Sonic Arts Union, and presented concerts of their own works throughout America and Europe until the group disbanded in 1976.

Lucier's breakthrough composition, Music for Solo Performer (1964-65) for Enormously Amplified Brain Waves and Percussion, was the first work to feature sounds generated by brain waves in live performance. Biological stimuli played an increasing role in Lucier's subsequent work as well, most notably through his notation of performers' physical movements. In 1967, Lucier composed North American Time Capsule, a vocal-based piece using a prototype vocoder. Acoustical phenomena, meanwhile, was the subject of pieces such as 1968's Chambers and especially 1969's landmark I Am Sitting in a Room, in which several sentences of recorded speech were simultaneously played back into a room and re-recorded there dozens of times over, the space gradually filtering the speech into pure sound. 1972's The Duke of York (issued with Bird and Person Dyning in 1976) was a nearly psychedelic piece for electronically altered sung vocals.

Music on a Long Thin Wire was a further extension of Lucier's fascination with the physics of sound -- a conceptual piece featuring a taut 50-foot wire passed through the poles of a large magnet and driven by an oscillator, the amplified vibrations yielded beautifully ethereal results. Conceived in 1977, a recording of the work was released in 1980 by revered avant-garde label Lovely Music, which issued many of Lucier's recordings throughout the following decades. Still and Moving Lines of Silence in Families of Hyperbolas was issued in two installments between 1983 and 1984, and Sferics appeared in 1988. Crossings (Three Works for Classical Instruments and Oscillators) was issued in 1990.

Clocker, a piece for amplified clock, galvanic skin response sensor, and digital delay system, was released in 1994. Other Lovely Music releases of Lucier works included Panorama (1997) and Still Lives (2001). Vespers and Other Early Works (including North American Time Capsule) was issued by New World Records in 2002. The label also released 2005's Wind Shadows, a double-CD performed by the Barton Workshop. Ever Present was released by Mode in 2007, the same year Lucier was awarded an Honorary Doctorate of Arts from Plymouth University. Pogus Productions released Almost New York in 2011, as well as 2013's Still and Moving Lines (performed by Decibel). Dark Matter was issued by God Records in 2015. Broken Line (performed by Trio Nexus) was released by Mode in 2015, and Two Circles (performed by Alter Ego) appeared on the same label in 2016. 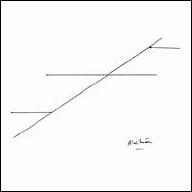 Alvin Lucier: Works for the Ever Present Orchestra
2020 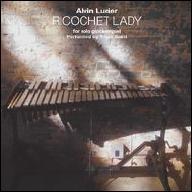 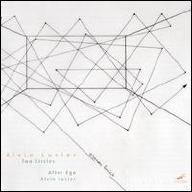 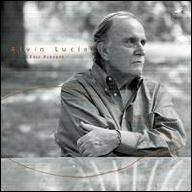 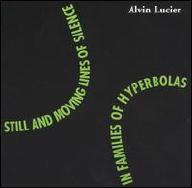 Alvin Lucier: Still and Moving Lines of Silence in Families of Hyperbolas
2003 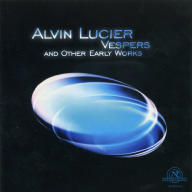 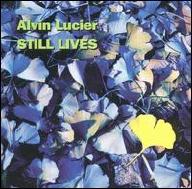 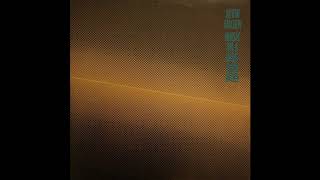 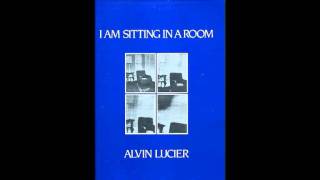 Alvin Lucier - I Am Sitting In A Room 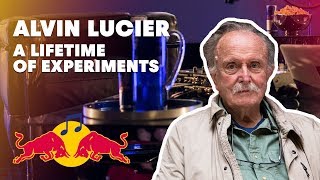 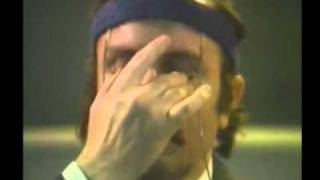 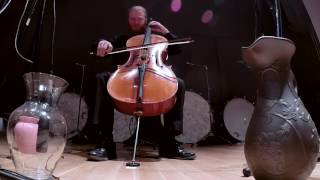 Alvin Lucier: Music for Cello with One or More Amplified Vases [1992] 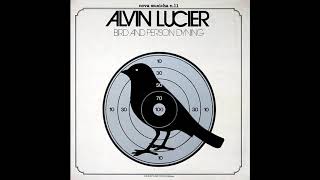 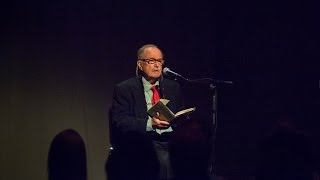 Alvin Lucier on "I am sitting in a room"
Available here: