Close
Branford Marsalis
from Breaux Bridge, LA
August 26, 1960 (age 61)
Biography
A virtuoso jazz saxophonist with a wry improvisational sense, Branford Marsalis is a boundary-pushing performer who has explored an array of styles from post-bop and traditional jazz to classical, funk, hip-hop, and rock. Initially emerging in the 1980s to widespread acclaim alongside his brother, trumpeter Wynton Marsalis, Branford drew early comparisons to idols Wayne Shorter, John Coltrane, and Sonny Rollins. Ever creatively restless, he branched out, playing with Sting, Béla Fleck, Bruce Hornsby, as well as his own genre-bending side-project Buckshot LeFonque. He brings the same adventurous, exploratory approach to his recordings, investigating aspects of the blues on 1992's Grammy-winning I Heard You Twice the First Time, leading his harmonically sophisticated quartet on 2000's Grammy-winning Contemporary Jazz, and collaborating with vocalist Kurt Elling for 2016's poetically atmospheric Upward Spiral.

Born in 1969 in Breaux Bridge, Louisiana, Branford Marsalis grew up in a creative musical family the eldest son of pianist and music professor Ellis Marsalis and singer and teacher Dolores. A naturally gifted musician, he learned to play piano at age four, and later took up the clarinet. He was around 15 when he decided to switch over to the saxophone. Although steeped in jazz and classical music in his youth, he also gravitated toward playing in funk bands, often with his brother Wynton. After high school, he studied music at Southern University, where he mentored under legendary New Orleans clarinetist Alvin Batiste. Under Batiste's recommendation, he then transferred to Berklee College of Music in Boston. However, he left Berklee in mid-1980 to tour Europe with a big band led by drummer Art Blakey. More work followed, including stints with Lionel Hampton and Clark Terry. By 1981, Marsalis had become a regular member of Blakey's Jazz Messengers ensemble, playing alongside Wynton. There was also a tour with Herbie Hancock's V.S.O.P. II in 1983 and recordings with Miles Davis, Was (Not Was), and Dizzy Gillespie. In 1984, Marsalis also made his debut as leader with Scenes in the City, playing alongside pianists Mulgrew Miller and Kenny Kirkland, bassists Charnett Moffett and Ron Carter, and drummers Jeff Tain Watts and Marvin Smitty Smith.

From 1981 to 1985, Marsalis was a member of his brother Wynton Marsalis' quintet, appearing on a handful of influential, Grammy-winning albums, including Black Codes from the Underground, Think of One, and Hot House Flowers, all of which found the siblings building upon the modal and post-bop traditions of artists like Miles Davis, Woody Shaw, and John Coltrane. However, Marsalis left the group in 1985 to play in former Police singer Sting's band, which at the time was heavily influenced by jazz, funk, and fusion. The move brought wider recognition to Marsalis, who appeared on Sting's 1984 album Dream of the Blue Turtles and 1986 concert film and recording Bring on the Night. The move also brought other opportunities, including a long association with director Spike Lee, beginning with an appearing in 1987's School Daze.

While he enjoyed playing with Sting, the saxophonist was back to leading his own group by 1986, which primarily featured pianist Kirkland, bassist Bob Hurst, and drummer Watts. Signed to Columbia, Marsalis issued inventive albums like 1986's Grammy-nominated Royal Garden Blues, 1988's Grammy-nominated Trio Jeepy, and 1991's The Beautyful Ones Are Not Yet Born. He also experimented with mixing hip-hop, funk, and acid jazz in his Buckshot LeFonque project, and continued his work with Spike Lee, contributing to 1988's Music from Do the Right Thing and 1990's Music from Mo' Better Blues.

In 1992, Marsalis released I Heard You Twice the First Time, which found him exploring different expressions of the blues. Along with his brother Wynton, the album featured guest appearances from B.B. King, John Lee Hooker, Russell Malone, and Linda Hopkins. It reached number one Billboard's Top Jazz Albums chart and won the Grammy Award for Best Jazz Instrumental Performance, Individual or Group. That same year, the saxophonist gained even wider attention when he joined Jay Leno's Tonight Show as the musical director. During this period, he also contributed to the Malcolm X soundtrack and appeared on albums by Roy Hargrove, Bobby Hutcherson, Terence Blanchard, and others.

After two years with Leno, Marsalis stepped down from The Tonight Show, handing the band over to guitarist Kevin Eubanks. This led to a period of eclectic guest spots on albums with Youssou N'Dour, Béla Fleck, Everette Harp, and Bruce Hornsby. Marsalis earned his second Grammy Award for Best Pop Instrumental Performance for his work on Hornsby's track "Barcelona Mona." He returned to his own genre-bending jazz work with the 1996 trio album The Dark Keys. Requiem (his final album with pianist Kirkland, who died several months after the session) arrived in 1999. In 2000, he finished out his Columbia contract with Contemporary Jazz, his first album with pianist Joey Calderazzo. It won the Grammy for Best Jazz Instrumental Performance, Individual or Group.

In 2002, he formed his own label, Marsalis Music. Intended as a true independent label focused on supporting the development of musicians, Marsalis Music began issuing albums by a diverse range of artists including guitarist/vocalist Doug Wamble, pianist/vocalist Harry Connick, Jr., saxophonist Miguel Zenón, and others. Marsalis himself also kept busy releasing a handful of albums on the label including 2002's Footsteps of Our Fathers, which featured his take on the classic John Coltrane composition "A Love Supreme"; 2003's Romare Bearden Revealed; 2004's Eternal; 2006's Braggtown; and 2009's Metamorphosen, which found him paying tribute to the many of his friends and mentors who had passed away, including Alvin Batiste, Michael Brecker, Freddie Hubbard, and others.

In 2011, Marsalis and Calderazzo paired down to a duo for Songs of Mirth and Melancholy. In the spring of 2012, the saxophonist's quartet, featuring Calderazzo, bassist Eric Revis, and drummer Justin Faulkner, released Four MF's Playin Tunes. Marsalis also gave a solo saxophone concert in 2012 at San Francisco's Grace Cathedral. Two years later, it was released as In My Solitude: Live at Grace Cathedral by Okeh. In 2016, Marsalis collaborated with vocalist Kurt Elling on the expansive Upward Spiral. He then returned to his quartet for 2019's The Secret Between the Shadow and the Soul, which peaked at number three on the Billboard Jazz Albums chart. Also that year, he collaborated with the Ural Philharmonic Orchestra on the classical album Gabriel Prokofiev: Saxophone Concerto; Bass Drum Concerto. In 2020, Marsalis supplied the soundtrack to Ma Rainey's Black Bottom, a biopic on the life of legendary blues singer Ma Rainey starring Viola Davis and Chadwick Boseman. ~ Matt Collar, Rovi 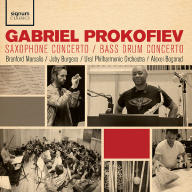 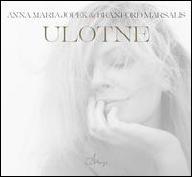 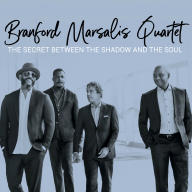 The Secret Between the Shadow and the Soul
2019 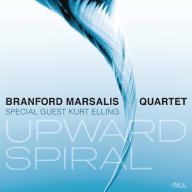 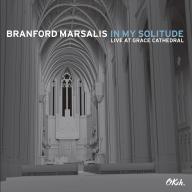 In My Solitude: Live at Grace Cathedral
2014 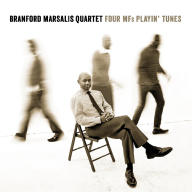 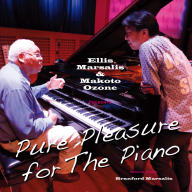 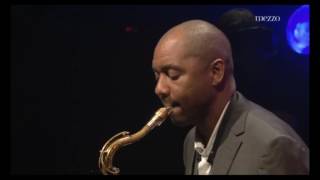 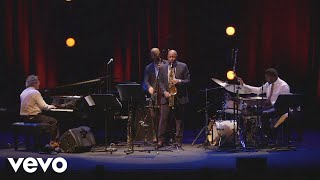 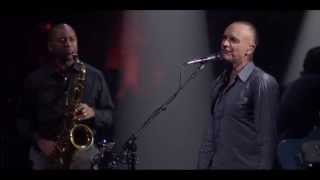 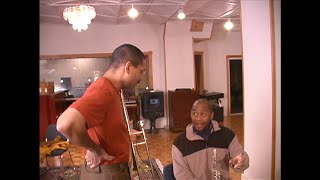 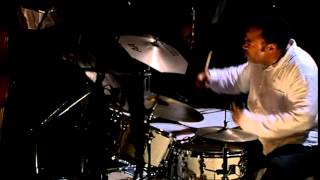 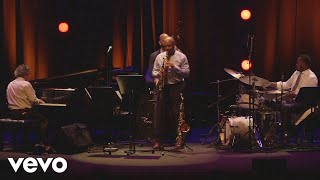 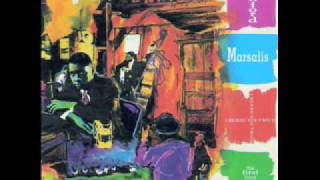