Close
Stock, Aitken & Waterman
formed January 1, 1984 (age 37)
Biography
In the mid- to late '80s and early '90s, the London-based team of Mike Stock, Matt Aitken, and Pete Waterman was to European dance-pop what L.A. Babyface and Jimmy Jam Terry Lewis were to urban contemporary: a slick, well-oiled producing/songwriting team that had a reputation for cranking out one major after another. Back then, many urban contemporary artists reasoned that the quickest and easiest way to score a big hit was to work with L.A. Babyface or Jam Lewis; and in England, dance-pop artists were every bit as anxious to work with Stock, Aitken Waterman. Many British rock critics hated Stock, Aitken Waterman with a passion; they detested the threesome's ultra-slick, glossy approach, which was heavily influenced by the Euro-disco and Euro-pop of the late '70s; Stock, Aitken Waterman's roots were folks like ABBA, Donna Summer, Giorgio Moroder, Cerrone, the Village People, and Silver Convention.

Stock, Aitken Waterman were about as commercial as it gets -- at times, they were downright bubblegum -- and that fact wasn't lost on the British rock critics who bashed them unmercifully. When Stock, Aitken Waterman produced an album, they could usually count on receiving their share of scathing reviews from the British press; and plenty of American critics weren't terribly supportive, either. But what critics like and what the public buys are often two entirely different things, and Stock, Aitken Waterman helped British stars like Dead or Alive, Bananarama, Mel Kim, and Rick Astley sell a lot of records in the '80s.

The producer/songwriters first joined forces in 1984, and it wasn't long before they were working with Liverpool group Dead or Alive, whose biggest hits favored an exuberant blend of Hi-NRG (which was essentially late-'70s Euro-disco with a more high-tech production style) and pop/rock. Produced by Stock, Aitken Waterman in 1985, Dead or Alive's Youthquake was the album that really put the group over the top commercially. The infectious single You Spin Me Round (Like a Record) became a smash hit in both the U.K. and North America, and Youthquake's next single, Lover Come Back to Me, was also huge. In 1986, the trio produced another album for Dead or Alive, Mad, Bad Dangerous to Know, which contained the hits "Something in My House," "I'll Save You All My Kisses," and "Brand New Lover." While Dead or Alive's members did their own writing, Stock, Aitken Waterman served as both producers and songwriters for other artists.

In 1987, the trio produced and wrote most of singer Rick Astley's debut album, Whenever You Need Someday, including the hit title song and the smash Never Gonna Give You Up (which became a number one hit in England and the United States). In the late '80s, Stock, Aitken Waterman also produced and wrote Samantha Fox's single Nothing's Gonna Stop Me Now; that was in addition to working with British female groups Mel Kim (not to be confused with '70s soulsters Mel Tim) and Bananarama. It was in 1986 that Stock, Aitken Waterman produced Bananarama's smash Hi-NRG remake of Shocking Blue's Venus. Other major '80s hits that the team produced for Bananarama included Love in the First Degree and I Heard a Rumor.

But not every artist that Stock, Aitken Waterman worked with was British. Theirs was the team that American star Donna Summer turned to when, in 1989, she wanted to return to a Euro-disco/Euro-dance approach. That year, the Londoners did most of the producing, writing, and arranging on Summer's Another Place Time, which contained the hit This Time I Know It's for Real. And in the late '80s and early '90s, the team worked with Australian superstar Kylie Minogue extensively (producing major hits like I Should Be So Lucky, Better the Devil You Know, Shocked, and What Do I Have to Do?). With Minogue, Stock, Aitken Waterman wanted a very hands-on approach; in addition to doing the producing and writing, they wanted to control the image that Minogue projected in her videos. But as time passed, Minogue wanted more and more creative input; she wanted to help with the songwriting, and when it came to videos, she and Stock, Aitken Waterman were not seeing eye to eye. While the trio wanted to depict Minogue as the wholesome, fresh-faced girl next door -- sort of a dance-pop version of Meg Ryan -- the Melbourne, Australia, native wanted to project a sexier, more Madonna-ish image, so by 1994, Minogue had parted company with the London-based hitmakers.

Other artists who Stock, Aitken Waterman worked with in the early '90s included Lonnie Gordon and Sybil, but by the latter part of the decade, the team's popularity had decreased. However, their songs were still being covered here and there. In the late '90s, Swedish female dance-pop/Hi-NRG duo Jemma Elise recorded remakes of two of their big hits of the '80s, "I Should Be So Lucky" and "Love in the First Degree." ~ Alex Henderson, Rovi 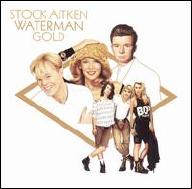 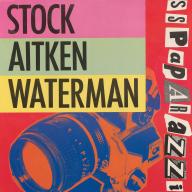 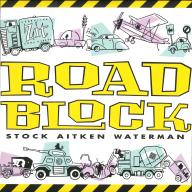 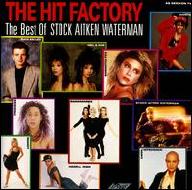 The Hit Factory: The Best of Stock, Aitken & Waterman 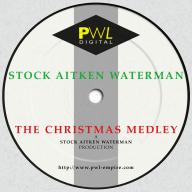 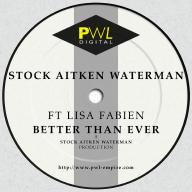 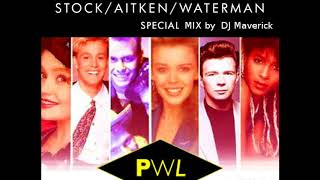 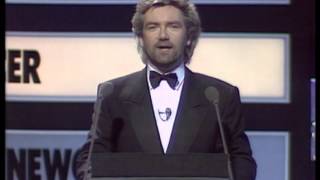 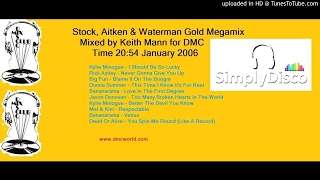 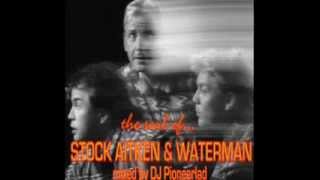 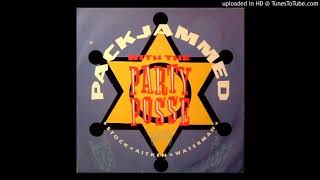 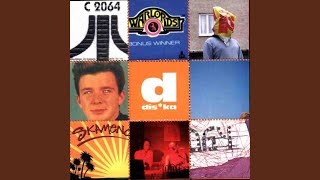 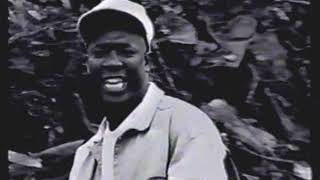