Close
David Bedford
from London, England
August 4, 1937 - October 1, 2011 (age 74)
Biography
Rock music comprised only a small corner of David Bedford's activities in music. Bedford was an avant-garde composer of some repute before he ever stepped into the rock arena, where he became associated with progressive/new age composer Mike Oldfield, as the conductor and orchestrator on several of his works. He also worked as a conductor and orchestrator with Elvis Costello, Roy Harper, a-ha, the Jesus and Mary Chain, Frankie Goes to Hollywood, and Madness, among other performers. He emerged as a rock composer during the mid-'70s in the wake of his work with Oldfield on Tubular Bells, with the progressive rock concept albums The Rime of the Ancient Mariner, The Odyssey, and Instructions for Angels.

Bedford's involvement with rock music came about by accident. His real field and career lay in the realm of contemporary classical music, where he was well established long before he ever got involved with Oldfield. He was educated at the Royal Academy of Music and Trinity College, London, and taught for a time at the Whitfield School in Hendon. He was composer-in-residence at Queens College, London, from 1969 through 1981, and an Associate Visiting Composer at Gordonstoun, Scotland. His career as a serious avant-garde composer began in the late '60s, and he crossed over into popular music in the wake of his scoring of a theatrical work called From Marie Antoinette to the Beatles. This project brought him into contact with the manager of Soft Machine, who hired Bedford to orchestrate Joy of a Toy, the first solo album by one of the group's founders, Kevin Ayers, released on EMI's progressive rock Harvest label. He became the keyboard player in Ayers' band, not only on that record but those that followed, and he also performed with the group in concert. It was in Ayers' band that he first met bassist Mike Oldfield.

Bedford began recording his own music in the early '70s. His first album, Nurses Song with Elephants, was released in 1972 on the Dandelion label. He continued writing serious avant-garde music during this period, including a work entitled Star Clusters, Nebulae, Places in Devon for chorus and orchestra. Soon after, Oldfield, whose inclinations toward composition had been encouraged by Bedford during their time together in Ayers' band, developed Tubular Bells, an extended instrumental piece that Bedford orchestrated and conducted for the recording. This was the record that launched the Virgin label, becoming a monster international hit. He later performed a similar function on Oldfield's follow-up, Hergest Ridge, and rearranged Tubular Bells as a pure orchestral piece, which he recorded with the Royal Philharmonic Orchestra. The success with Oldfield's original release of Tubular Bells, both on its initial release and through its subsequent use in the movie The Exorcist, transformed Virgin from a tiny fledgling independent label into a major thriving concern. Virgin became a rival to the Island, Harvest, and Charisma labels as an outlet for progressive music, with a roster that soon included Kevin Coyne, Gong, Hatfield and the North, and Henry Cow.

Bedford became a direct beneficiary of Virgin's growth in 1974 with his recording of Star's End, a piece of serious avant-garde music that had been written as a commission from the Royal Philharmonic Orchestra. Although Star's End was a pure orchestral piece written in a serious musical idiom, it was a modest success in the progressive rock arena, its sales spurred by Bedford's association with Tubular Bells and Virgin. In 1975, Bedford premiered his Rime of the Ancient Mariner, an adaptation of the Samuel Taylor Coleridge poem. It had started life as a proposed children's opera, but he later decided that it would work better as an album recording, released by Virgin. In contrast to his earlier work, which involved more traditional orchestral forces, this work relied on multi-layered electronic keyboards (all played by Bedford), with Mike Oldfield contributing the electric guitar parts and the actor Robert Powell (Mahler, The 39 Steps, Jesus of Nazareth, Hannay) narrating. The Rime of the Ancient Mariner was a success, and encouraged Bedford to attempt another major work merging classical and rock elements. The Odyssey was not only recorded by Virgin but also premiered as a concert work at Royal Albert Hall on January 25, 1977, featuring Jon Lord, Mike Ratledge, Dave Stewart, Peter Lerner, and Neil Ardley, as well as Mike Oldfield on guitar. The studio recording included not only Oldfield but also the services of Andy Summers on guitar for Circe's Island.

Bedford's music, like that of more traditional progressive rock artists, suffered a decline in popularity in the second half of the 1970s. Following the release of The Odyssey in 1976, Instructions for Angels, featuring an appearance by Mike Ratledge on synthesizer, appeared the following year but was his last major release in a popular mode. Over the ensuing decades he continued to write and record serious pieces, including Rigel 9 (1988), Great Equatorial (1994), Wind Music of Rundell (1998), and My Mother My Sister and I (2000). One of his last works in a classical vein was The Wreck of the Titanic, premiered at the Liverpool Philharmonic Hall on July 1, 2010, in a performance by the Liverpool Youth Orchestra and Youth Choir, the Notre Dame Catholic College for the Arts Girls' Choir, and the St. Oswald's Catholic Junior School Choir. A 2012 performance of the piece was also scheduled to take place at the Sands Centre in Carlisle, marking the 100th anniversary of the ship's sinking. Sadly, David Bedford died of lung cancer on October 1, 2011, while plans for this performance were still underway. He was 74 years old. ~ Bruce Eder, Rovi 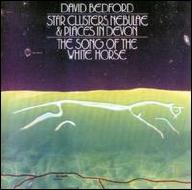 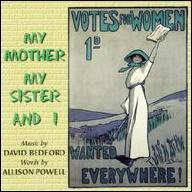 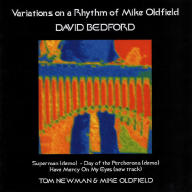 Variations on a Rhythm of Mike Oldfield
1995 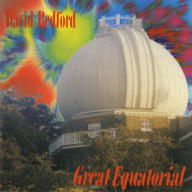 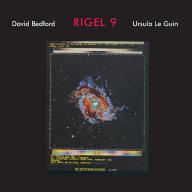 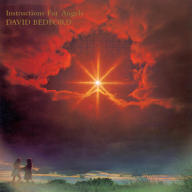 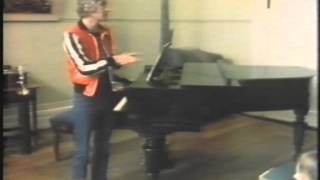 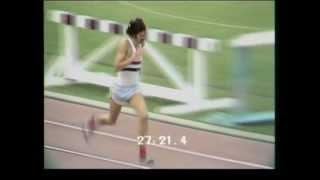 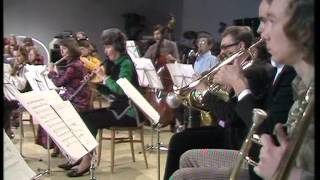 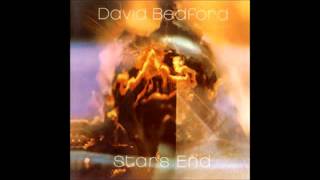 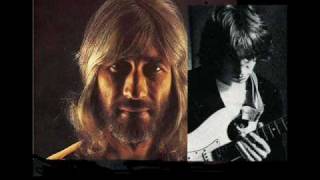 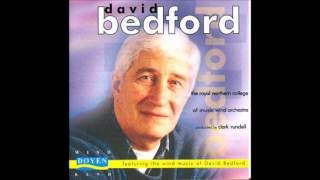 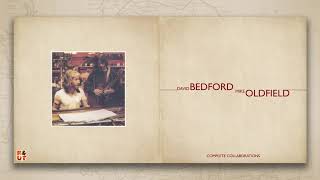