Close
Eddie Van Halen
from Nijmegen, The Netherlands
January 26, 1955 - October 6, 2020 (age 65)
Biography
Eddie Van Halen belongs in a rarefied group of musicians who changed the very notion of the possibilities of their chosen instrument. In Van Halen's case, he was a guitarist of superlative imagination and skill, innovating and introducing a number of techniques that would soon become part of the arsenal of many guitarists, including finger-tapping, hammer-ons, and dive bombs on a whammy bar. All of these could be heard on the self-titled 1978 debut by his namesake band, Van Halen, but the key to his group's success is that they walked the fine line separating heavy metal and pop. Eddie and his drummer brother Alex pushed the band toward hard rock while their lead singer David Lee Roth steered them toward the Top 40, a blend that found a huge audience in the early 1980s. Once the group reached the top of the charts with 1983's 1984 and its accompanying single "Jump," Roth left the band, but Van Halen carried on with Sammy Hagar in his place, ushering in an era where Eddie was able to spar off of another guitarist as the group attempted a variety of new sounds and styles. Van Halen stayed one of the biggest bands in rock & roll through the 1990, after which they entered a semi-hibernation marked by the occasional tours, either with Hagar or Roth. Van Halen wound up releasing only one album in the 21st century -- A Different Kind of Truth in 2011 -- but Eddie maintained his stardom and reputation until his death from cancer in 2020; his gifts and influence as a guitarist remained undiminished over the years.

Born Edward Lodewijk Van Halen on January 26, 1955, in the Netherlands, he moved with his family to the U.S. in the '60s. He and his older brother, Alex, began taking piano lessons at an early age, which planted the seeds for both of the siblings' future musical careers. Mesmerized by the British Invasion rock movement (especially the Dave Clark Five), Eddie began playing the drums, while Alex took up guitar. The brothers switched their respective instruments shortly thereafter; while Eddie was out working a paper route to make his drum kit's payments, Alex was bashing away at his drums, and before long was better than Eddie. As Eddie devoted more time and energy to learning his instrument, rock guitarists such as Eric Clapton and Jimmy Page influenced the youngest Van Halen's playing.

The Van Halen brothers began playing backyard parties and clubs in the Los Angeles area (mixing covers with originals), and eventually hooked up with singer David Lee Roth and bassist Michael Anthony in the early '70s, forming the group Mammoth. It was around this time that Eddie began employing a new skill in his guitar playing, the "two-handed tap" technique, which would soon become his trademark (and copied by a seemingly infinite number of other players). With his impressive speed and phrasing, Eddie quickly became the top guitarist on the local music scene, as the group changed their name by the mid-'70s to simply Van Halen. Eddie also began custom-building his own guitars; using the shape of a Fender Stratocaster, he would cover the body of his guitar in strips of tape to create a wild design that would become another of his trademarks.

Van Halen signed to Warner Bros. in 1977, which issued the band's classic self-titled debut a year later, starting off a string of multi-platinum albums and sold-out tours. Almost immediately, Ed was recognized as the best new rock guitarist on the scene, and he won numerous poll awards from the world's leading guitar magazines (Guitar Player, Guitar World, etc.), something that would become a yearly occurrence. Besides guitar, Ed broadened his horizons by adding keyboards to the band's sound (resulting in their 1984 number one hit "Jump"), as well as singing lead on select tracks (1998's "How Many Say I"). Despite going through several singers throughout their career (Roth, Sammy Hagar, and Gary Cherone), Van Halen's popularity persevered.

In addition to playing on Van Halen albums, Ed sometimes appeared on other artist's recordings, his most famous being an uncredited solo on Michael Jackson's 1983 monster hit "Beat It," as well as collaborations with Queen's Brian May (1983's Star Fleet Project) and Roger Waters (the track "Lost Boys Calling" from 1999's The Legend of 1900 soundtrack). Film scoring also was added to his list of credentials, with his compositions appearing on the soundtracks for the movies The Wild Life (1985) and Twister (1996).

Although he was associated with Kramer Guitars throughout the '80s, Eddie created his own line of guitars for the Ernie Ball Company in the early '90s, before switching to Peavey in the mid-'90s. His personal life also found its way into the tabloids over the years, first with his marriage to TV actress Valerie Bertinelli and also with a publicized alcohol dependency (a battle he successfully conquered in the late '90s). In 2000, he was diagnosed with mouth cancer; part of his tongue had to be removed, but he was declared cancer free in 2002. However, Eddie had occasional recurrences of cancer, and was receiving regular treatment for throat cancer in the late 2010s. Eddie Van Halen lost his long battle with cancer on October 6, 2020; he was 65 years old. ~ Greg Prato, Rovi 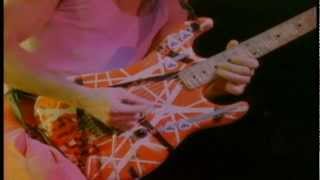 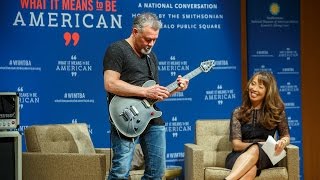 Interview with Eddie Van Halen: Is Rock 'n' Roll All About Reinvention?

Tragic Details About Eddie Van Halen That Surfaced After His Death 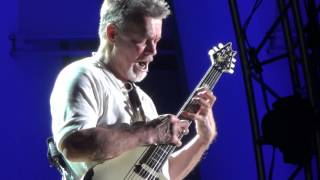 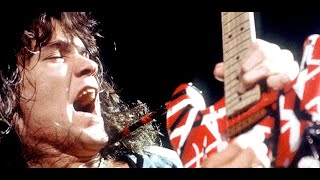 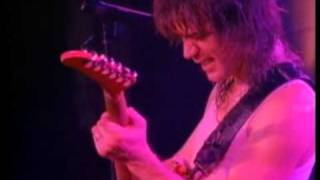