Close
Andy Warhol
from Pittsburgh, PA
August 6, 1928 - February 22, 1987 (age 58)
Biography
Andy Warhol is of course primarily known as a major visual artist, and a significant filmmaker. He was not a musician, and probably knew little about the technological processes by which music is recorded. Nonetheless, he made notable contributions to rock history as a producer and manager of the Velvet Underground. He managed the Velvets until about the summer of 1967, and was credited as producer of the bulk of their debut album.

Although Warhol was about 15 to 20 years older than the members of the Velvet Underground, he did have a considerable enthusiasm for rock music before he met them. (It has been said that his favorite single was the Jaynetts' girl group classic Sally Go Round the Roses). While Warhol had made his reputation as a painter and visual artist, by the mid-'60s he was becoming a multimedia one. Two rock fans in his Factory entourage, filmmaker Barbara Rubin and Gerard Malanga, told Warhol about the Velvet Underground in late 1965, when the group was struggling through a residency at a Greenwich Village club. When Warhol saw the Velvets, he was impressed enough to offer them his management. Of course, management by someone like Warhol was not a conventional business proposition geared toward building career, media exposure, record contracts, and bank accounts. It was more of an entrée to his position at the cutting edge of the avant-garde, with contacts that could offer them more suitable venues and an opportunity to be part of his multimedia shows. The Velvet Underground, unlike most other rock bands, were probably more interested in being avant-garde than making money, so it was a good match.

Warhol has been pictured as something of a spiritual adviser to the group, rather than a nuts-and-bolts manager, but he did make some tangible contributions to the Velvets' progress. First of all, he was a huge media superstar, and the Velvet Underground were unknown. Simply having his name associated with them increased their profile to an infinitely higher level, virtually overnight. Warhol also was responsible for adding Nico to the band as vocalist, and while the other members of the group somewhat resented this and relegated her to just a few lead vocals, she was a significant visual and atmospheric addition to the band, in addition to singing some of the best tunes on their first album. They recorded soundtracks for (frankly, little-seen) Warhol movies, and were even filmed by Warhol himself, although regrettably these were jams at Warhol's Factory workplace, not live shows with real songs. Warhol also built a multimedia show, the Exploding Plastic Inevitable, around the Velvets, with films, lights, and dancers, that gave them a lot of press attention and notoriety in 1966, well in advance of the release of their first LP.

In more conventional areas, Warhol helped finance the recording of their classic first album (self-titled, but known as "The Banana Album"), which was largely made before they got a record deal. This was mostly produced by Warhol too, although his contribution, as is sometimes the case with good production, probably consisted of not interfering with the music and letting them be themselves. Indeed, much of the album was recorded in one or two days, although once they got signed to Verve, producer Tom Wilson did some additional re-recording (although Wilson is only credited as producer on one song, Sunday Morning). A cover painting by Andy Warhol -- a peelable banana -- graced the sleeve (as did his signature), again ensuring media attention. Less obviously, Warhol was a great encourager and motivator of the band, and particularly of Lou Reed's songwriting.

Despite all that Warhol had done for the band, disenchantment set in after a while. All the media attention had not translated to stardom and record sales, in part because various factors conspired to delay the release of the album until March 1967, about a year after much of it had been recorded. Nico, whom the band (particularly Lou Reed, who had to give up some lead vocals to her) had never really wanted as a full member to begin with, left for a solo career that year. There was also the realization that Warhol's association with the group was a mixed blessing, with some of the public treating them as a novelty act of sorts that was an adjunct to Warhol the artist. Also, Warhol was so busy with other media, particularly his own artwork and films, that he couldn't give them the single-minded attention that many successful pop managers give their acts. In his biography of Lou Reed, Victor Bockris writes that Warhol turned down offers to tour them in Europe, and to play the band in the nightclub sequence of Michaelangelo Antonioni's film #Blow-Up (a role which went to the Yardbirds). Reed was the main instigator of switching the band's management to Steve Sesnick in 1967.

Warhol did maintain friendly, if tempestuous, relations with the Velvet Underground, particularly Reed and John Cale, throughout the rest of his life. Reed and Cale paid tribute to their mentor shortly after Warhol's death with a song cycle about the artist, presented in performance and recorded as an album, Songs for Drella. Previously, Warhol had been the inspiration behind one of David Bowie's more popular early songs, Andy Warhol. Warhol also did some more artwork for rock album covers, the most famous by far of which is the zippered pants on the sleeve of the Rolling Stones' Sticky Fingers. ~ Richie Unterberger, Rovi 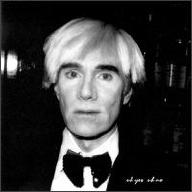 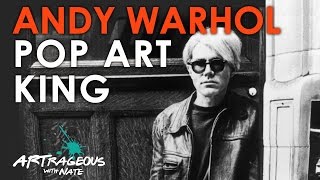 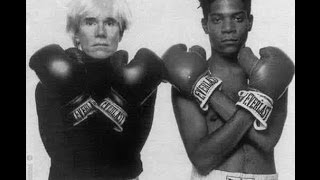 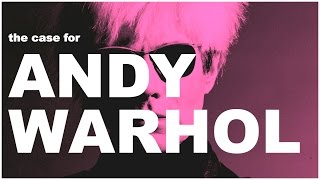 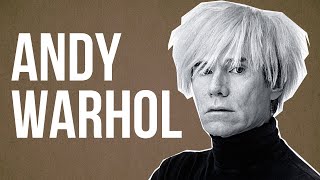 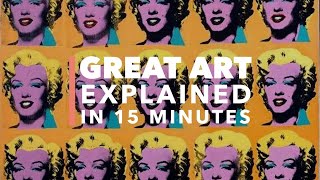 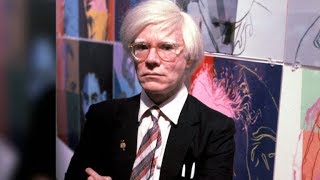