Close
Spanky & Our Gang
from Chicago, IL
formed January 1, 1966 (age 55)
Biography
Spanky Our Gang is one of those odd groups that, despite having had a string of Top 40 chart hits in a two-year period from 1967 through 1969, somehow falls between the cracks of 1960s pop music history. Their hits, particularly Sunday Will Never Be the Same, Lazy Day, Like to Get to Know You, and Give a Damn, were as much a part of the ambience of the middle to late '60s as any of the best known songs of the Mamas the Papas with whom they're frequently compared. Yet they fell short of the latter group as cultural icons; they lacked the L.A.-based group's distinctively accessible collective personality, or anything like its individual members' visual appeal, and they also had none of the Mamas the Papas' in-house songwriting talent. They did have good voices and musical instincts, however, and a lot more to their sound than the cheerful anthems that made them famous.

Their sound most obviously displayed a folk-rock influence, but Spanky Our Gang actually came just as much out of a pop-jazz background. Elaine McFarlane was into blues and jazz, and her first professional gig was in a jazz-based singing group called the Jamie Lyn Trio in 1962. By the start of 1963, lured by the booming folk music scene, she joined the New Wine Singers who mixed folk and protest songs with Dixieland jazz. It was during her tenure with this group that she acquired the friendship of trombonist/singer Malcolm Hale, and also the nickname "Spanky," owing to her resemblance -- in the eyes of fellow group member Arnie Lanza -- to George Spanky McFarland of the Little Rascals/Our Gang comedies.

By 1965, the New Wine Singers were history and McFarlane headed for Florida that winter where she met Oz Bach and Nigel Pickering at a hurricane party. Their three days of jamming while the storm left them stranded resulted in an invitation for them to join her up in Chicago, of which Bach and Pickering availed themselves later that year. McFarlane was working as a singing waitress at a club called Mother Blues when she was told by the owner, Curly Tait, to assemble a group to open for the outside acts that were booked. She recruited Bach and Pickering who began arranging their repertory for three voices; they also recognized that with an act thrown together at the last minute, they might be a little short on time, and so (following a tradition going back at least to the Kingston Trio), they wrote some comedy sketches.

The trio, which resembled nothing so much as a broken down jugband with a sense of humor -- similar, in fact, to the early Nitty Gritty Dirt Band -- with Bach on bass, Pickering playing guitar, and McFarlane playing washboard and kazoo. They called themselves Spanky Our Gang as a joke, playing on their singer's nickname, but when local newspapers began reviewing their performances in favorable terms, the name ended up sticking. Malcolm Hale joined on guitar and percussion as the group moved out of Mother Blues and into bigger clubs, with Tait serving as their manager.

As folk-rock became the booming sound of 1965-1966, Mercury Records, which was based in the group's hometown of Chicago, began taking notice of Spanky Our Gang, and by late 1966 they were signed. The group spent its first year with the label assigned to producer Jerry Ross, of Heritage Records fame, who gave them a very polished sound in the studio, not too different from that of the Mamas the Papas. At their first recording session in New York, they were given a song called Sunday Will Never Be the Same, which had already been offered to the Mamas the Papas and the Left Banke. Malcolm Hale came up with the song's vamped vocal opening, which became the group's signature. The resulting single, released in May of 1967, peaked at number nine on the charts in June of 1967, one of the fresher pop-folk sounds amid the Summer of Love.

Drummer John Seiter joined in the summer of 1967 just as the group was breaking. A second hit, Making Every Minute Count, although not as distinctive as their debut, rose to number 22 nationally, and then a third, Lazy Day, reached number 14 late in 1967. The group's harmonies were impeccable, and their records and arrangement displayed a slick, smooth texture that overlapped with the sounds of pop-jazz and also with the singing that one often heard on commercials of the period; they availed themselves of that full range in preparing their debut album.

By the end of 1967, with the group now making appearances on national television as well as the national charts, Mercury Records couldn't wait for the album to be finished. The Spanky Our Gang album was rushed out, its song lineup padded out with the three singles alongside a handful of new tracks and even several works-in-progress. There were some surprising songs there, including Five Definitions of Love, a jazzy piece of pop music that was literally the dictionary definition of "love" set to music. The group was less than happy, however, that their unfinished rendition of Brother Can You Spare a Dime was on the album.

In early 1968, Oz Bach exited the lineup and was replaced by Kenny Hodges on bass who joined along with his friend Lefty Baker (real name Eustace Britchforth), a guitarist and singer. Despite their record of success working with Jerry Ross, the group felt that the sound they got with him was too polished and elegant and not truly representative of the group. Instead, they turned to Stuart Scharf and Bob Dorough, a pair of songwriter/producers who'd worked with the Chad Mitchell Trio on Mercury. It was the second lineup of Spanky Our Gang, working with Scharf and Dorough, who created the Top 30 hit Sunday Morning built on a new six-part harmony sound. During the recording of their second album, another hit, Like to Get to Know You, which ultimately gave its name to the LP, was created. In contrast to their debut album, the Like to Get to Know You LP also contained blues; '40s-style vocal jazz-pop; a radiant harmony number, Stardust, which provided the inspiration for the Manhattan Transfer; and even one defiantly topical number, Give a Damn, that managed to reach number 43 as a single despite a widespread ban because of its title.

Their third album, Anything You Choose/Without Rhyme or Reason, was devised as a continuous stream of music, with blues, jazz, folk, and pop influences in abundance. There was actually very little playing by the band members who were supplemented by studio musicians on much of the album, but that was less of a problem than the fact that there was no obvious, upbeat hit on the record in the manner of their two prior LPs. The material was too sophisticated and too serious, and nothing off of the album (apart from the earlier released Give a Damn) got even as high as number 90 on the charts. They were in excellent voice and Scharf and Dorough were writing material and arrangements that were stretching the members' abilities to new levels of sophistication. In October 1968, however, the group received a devastating blow when Malcolm Hale died suddenly of pneumonia. The 27-year-old multi-instrumentalist also sang and arranged and pretty well kept the band together.

In the wake of Hale's death, the group played out its concert commitments and then reassessed its future. McFarlane was pregnant and not planning on performing with them too much longer, and Seiter had been offered a gig playing drums with the Turtles. Rather than reorganize around such key membership changes, the group decided to call it quits; McFarlane and her husband Charly Galvin (who had been the group's road manager) prepared Spanky's Greatest Hits, a somewhat controversial release for its inclusion of remixed versions of several of the key songs.

It wasn't the last word for the group from Mercury Records, however, which released Spanky Our Gang Live in 1970. Prepared from an amateur (albeit good quality) recording of one of the group's earliest shows after being signed in 1966, it showed off their early sound before they'd ever recorded. The group members were less than pleased by this release, although real fans loved the glimpse it gave of their formative years.

In 1975, Nigel Pickering and Elaine Spanky McFarlane reformed Spanky Our Gang around a country-western sound and cut an album (Change) for Epic Records. Although their sound had altered considerably, they attracted many old fans to their concerts they played in 1975 and 1976, which also included original member Oz Bach who rejoined after the new album was released. McFarlane later resurfaced most visibly as the replacement for the late Cass Elliot in the reformed Mamas the Papas in the 1980s, but she also remained true to her folk and blues roots, participating in events such as a benefit concert for the terminally ill singer-songwriter Bob Gibson in 1996. Oz Bach died of cancer in September of 1998. ~ Bruce Eder, Rovi 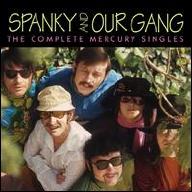 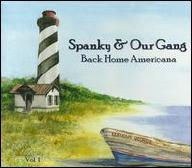 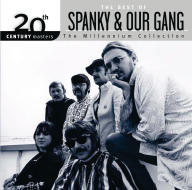 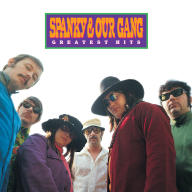 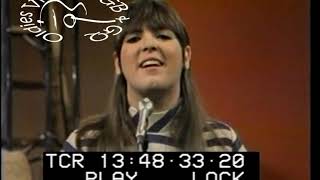 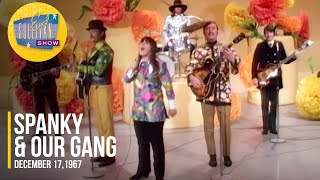 Spanky & Our Gang "Sunday Morning" on The Ed Sullivan Show 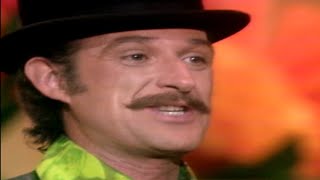 Spanky & Our Gang "Lazy Day" on The Ed Sullivan Show 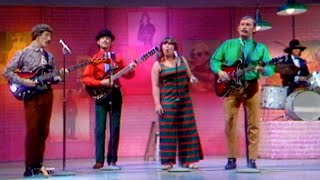 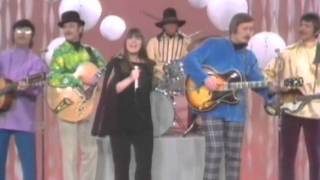 Spanky and Our Gang Like To Get To Know You 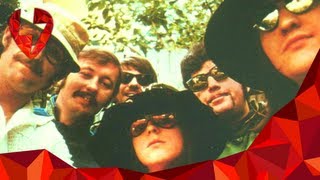 Spanky & Our Gang - Sunday Will Never Be The Same 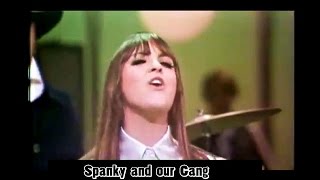