Close
Fred Frith
from Heathfield, England
February 17, 1949 (age 72)
Biography
Guitarist Fred Frith is one of the most celebrated and influential figures in the world of improvisational and avant-garde music. Capable of artful and technically skillful performances, Frith has earned his reputation as an artist also willing to approach the guitar in unconventional ways in pursuit of new sounds and unusual tonal colors, sometimes building his own makeshift instruments to better facilitate the use of percussive techniques. Given his versatility in approaching melodic and dissonant sounds at will, Frith has not only created a large body of work as a solo artist, but has collaborated with a wide variety of other artists, among them Brian Eno, John Zorn, Robert Wyatt, the Residents, Derek Bailey, and Jad Fair. Beginning with his work in the band Henry Cow in the early '70s, Frith has appeared on over 400 albums, both as a headliner and as an accompanist; the sole constant has been a sense of musical adventure and an omnivorous appetite for creative expression. A thorough overview of his entire catalog is essentially impossible in a limited space, but 1974's Guitar Solos is a fine introduction to his improvisational work, 1983's Cheap at Half the Price puts a curious but wry spin on pop music, 1994's The Art of Memory is a collaboration with John Zorn that puts Frith's technique in the service of free jazz, 2000's Traffic Continues is a particularly ambitious project with the contemporary classic group Ensemble Modern, and 2003's Rivers and Tides (Working with Time) is a subdued and contemplative project, at least by Frith's standards.

Fred Frith was born on February 17, 1949, in Heathfield, Sussex, England. His parents had a great appreciation of music, and young Fred began taking violin lessons when he was five years old. In his early teens, Frith discovered the popular British instrumental combo the Shadows, and hoping to follow the lead of Hank Marvin, he picked up an electric guitar and formed a cover band with some friends from school. When he was 15, Frith and his pals were turned on to the blues, and his band's repertoire moved in that direction. By the time Frith graduated from Cambridge in 1970, his musical passions included rock, folk, jazz, classical, and many varieties of world music. When he wasn't busy with school, Frith took part in lengthy improvisational jam sessions with sax player Tim Hodgkinson, and with the addition of drummer Chris Cutler, they became the core of Henry Cow, an experimental rock band who mixed prog rock, art rock, and improvisational performance with political broadsides. In 1973, they landed a record deal with the adventurous Virgin Records label, and would release six albums before creative tensions broke up Henry Cow in 1978. Frith and Cutler took some of the material they were working on at the time of the band's collapse and formed a new band, the Art Bears, with former Slapp Happy vocalist Dagmar Krause. The Art Bears would complete three albums before fading out in 1981.

Frith had already launched a solo career in the early part of Henry Cow's recording career, issuing a set of unaccompanied guitar improvisations, Guitar Solos, in 1974. In 1976, he contributed two pieces to a multi-artist follow-up titled Guitar Solos 2 (other contributors included Derek Bailey and Hans Reichel), and in 1979 he teamed with fellow adventurous guitarist Henry Kaiser to record With Friends Like These. He also dabbled in reworked forms of folk and pop in a handful of albums for Ralph Records, home of the Residents, including 1980's Gravity and 1981's Speechless. By this time, Frith had relocated to New York City and found kindred spirits in the city's downtown music and art community, creating music with the likes of John Zorn, Eugene Chadbourne, Ikue Mori, and Zeena Parkins. In addition to his solo work, Frith worked with Zorn's ensemble Naked City, and the idiosyncratic supergroup French Frith Kaiser Thompson, where he played bass alongside Henry Kaiser, U.K. folk-rock legend Richard Thompson, and former Captain Beefheart drummer John French. He also helped found the bands Keep the Dog, Massacre (with Bill Laswell and Fred Maher), and Skeleton Crew (with Tom Cora of the Ex).

In the '80s, Frith began expanding his boundaries as a composer, writing scores for films, theater pieces, and dance ensembles, as well as commissions from art music groups around the world. In 1995, Frith and his family left New York City for a sojourn in Germany, but returned to the United States in 1997 when he became a Composer-in-Residence at Mills College in Oakland, California, where he continues to teach composition and work with his students. When not busy with his work as an educator, Frith maintained a busy schedule of writing and performing in a wealth of contexts. Along with his solo performances and frequent tours with Chris Cutler, he's also worked with the groups Maybe Monday (featuring Larry Ochs on sax), Cosa Brava (a quintet that also includes Zeena Parkins), and the Fred Frith Trio, which teams him with bassist Jason Hoopes and percussionist Jordan Glenn from the band Jack o' the Clock. Filmmakers Nicolas Humbert and Werner Penzel offered an in-depth look into Frith's life and art in the documentary Step Across the Border, released in 1990. Frith is also featured in the documentaries Streetwise (1991), Le voyage immobile (2000), Touch the Sound (2004), and Act of God (2009; Frith also composed the film's original score). ~ Mark Deming, Rovi 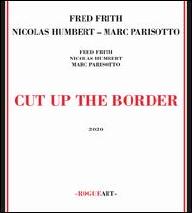 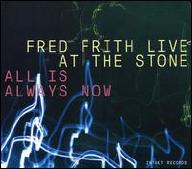 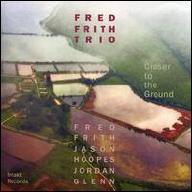 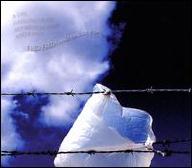 A Day Hanging Dead Between Heaven and Earth
2018 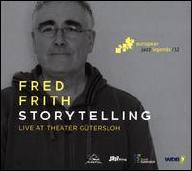 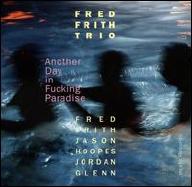 Another Day in Fucking Paradise
2016 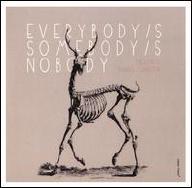 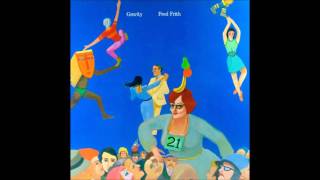 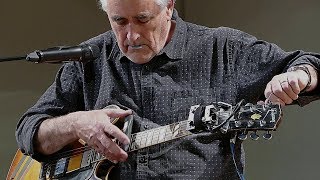 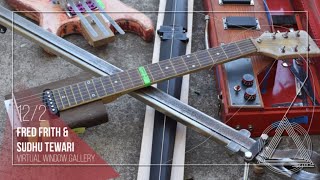 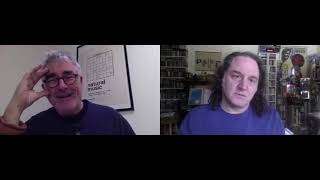 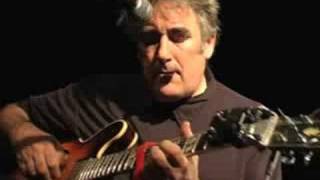 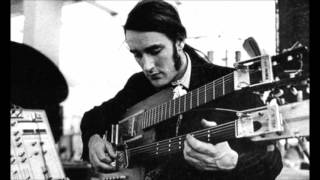 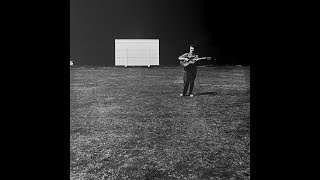