Close
John Stirratt
Biography
Although best known as the bassist supporting frontman Jeff Tweedy in the much-acclaimed Wilco, John Stirratt also led his own bands, most notably roots rock cult favorites the Hilltops and classicist pop combo the Autumn Defense. Born in New Orleans in November 1967, Stirratt was raised in Mandeville, LA. The son of a Dixieland banjo player, he first picked up the banjo as well but quickly moved to guitar, forming his first group, a U2 covers trio called Fallout, for a high-school battle-of-the-bands competition. A subsequent covers band, Rain, was a local favorite, and while attending college at the University of Mississippi, Stirratt formed the Hilltops with his twin sister Laurie, singer/guitarist Cary Hudson, and drummer Hank Sossaman. The group's debut LP, Holler, followed in 1989, cementing the Hilltops' spot amidst a nascent alternative country-rock scene that also included acts like the Jayhawks and Uncle Tupelo, the latter becoming a regular touring partner.

After a second album, 1991's Big Black River, the Hilltops dissolved when Laurie Stirratt and Cary Hudson relocated to Los Angeles and formed their own group, Blue Mountain; John Stirratt then moved to New Orleans, briefly joining Cajun rockers the Bluerunners and in 1992 issuing a self-titled collection of demos under the name the Gimmecaps. That fall Stirratt received a call from Uncle Tupelo manager Tony Margherita, asking him to serve as guitar tech for the trio's upcoming European tour; when bassist Jeff Tweedy opted to play guitar instead during sessions for the band's swansong, 1993's Anodyne, Stirratt ended up playing bass on much of the completed album, also performing on the subsequent tour. Uncle Tupelo dissolved in mid-1994, and when Tweedy moved to Chicago and formed his own band, Wilco, he invited Stirratt to join on bass -- Stirratt also performed his ballad It's Just That Simple on the group's 1995 debut LP, A.M. With fellow Wilco members Jay Bennett, Ken Coomer, and Max Johnston, he also formed a side project called Courtesy Move, recording a never-completed album in early 1996. (With the members of Blue Mountain and others, Stirratt also contributed to a group project dubbed Rock Roll Summer Camp 98.)

With efforts including 1996's Being There and 1999's Summer Teeth, Wilco moved away from its Americana roots toward an increasingly compelling and idiosyncratic brand of experimental pop, in the process emerging as perhaps the most critically acclaimed American band of its generation, However, Stirratt continued writing his own material, and in 1998 collaborated with multi-instrumentalist and college pal Pat Sansone as the Autumn Defense, a duo inspired by the Baroque pop of the late '60s. Convening at Daniel Lanois' Kingsway studio in New Orleans, the band recorded its debut album, The Green Hour, issued on Stirratt's own Broadmoor label in early 2001; however, by that time he was working on Wilco's landmark Yankee Hotel Foxtrot, and as a result the Autumn Defense played a scant few shows in honor of the disc's release. The follow-up, Circles, appeared on the Arena Rock label in late 2003, and was supported by a U.S. tour early the following year. The Autumn Defense also contributed the soundtrack to indie filmmaker Enid Zentelis' #Evergreen, and after Laurie Stirratt relocated to Chicago in 2002, the twins began performing as a duo, recording a country-folk collection scheduled for release in the spring of 2004. ~ Jason Ankeny, Rovi 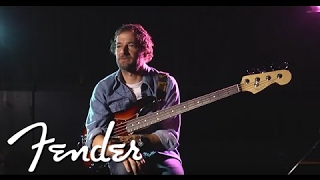 Playing in Wilco is Beyond Words | Fender 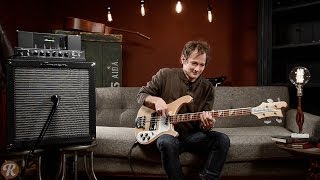 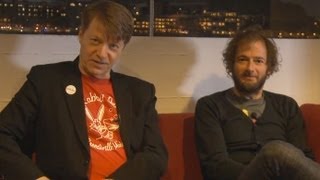 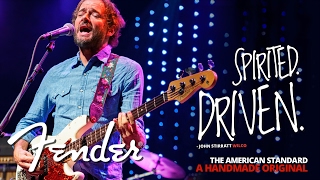 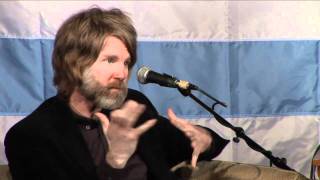 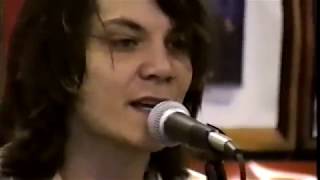 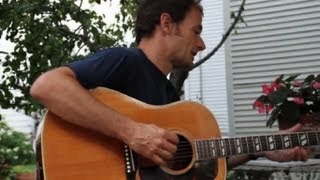 I Lay Where I Fall // Featuring John Stirratt
Available here: