Close
Will Rogers
November 4, 1879 - January 1, 1935 (age 55)
Biography
Will Rogers was one of the United States' most renowned and respected national figures in the early 20st century. Born on November 4, 1879, near Oologah, OK, Rogers was part Cherokee Indian, and began working on his family's ranch at a young age. Rogers' roping/lasso skills brought him instant acclaim, and he was eventually listed in the Guinness Book of Records for being able to throw two lassos at once. Rogers landed a job transporting animals from Buenos Aires to South Africa for use in the Anglo-Boer War during 1899-1902, resulting in his remaining in Johannesburg for a spell, during which time he appeared in "wild west" shows, showcasing his lasso skills. Shortly after returning home to America, Rogers took jobs performing in vaudeville shows, where he began telling jokes and his witty observations to the audience, which led to him becoming a somewhat crafty philosopher.

Rogers' newly found gift soon paid off. He starred in 71 motion pictures during the 1920s and '30s, as well as in Broadway shows, and became a radio commentator. He is probably best known, however, for his journalistic skills; during his lifetime, he penned more than 4,000 columns for syndicated newspapers across the U.S., in addition to writing six books. Rogers was also quite a generous fellow (a famous quote of his was "I never met a man I didn't like"), as he was known to give his own money to disaster victims, and raised thousands for the Red Cross and Salvation Army. Rogers died in 1935 while flying a plane with renowned one-eyed aviator Wiley Post during a flight to Alaska. His clever musings have been issued over the years on several compilations, including America's Legendary Humorist, among others. ~ Greg Prato, Rovi 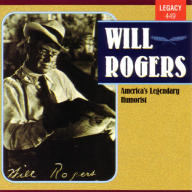 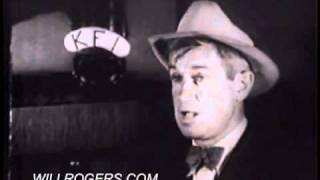 Will Rogers - Bacon, Beans, and Limousines 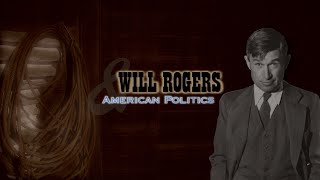 Will Rogers and American Politics 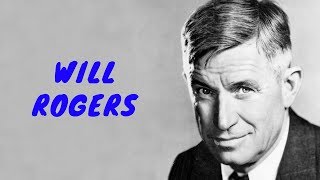 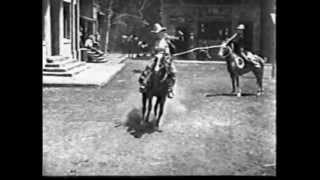 Will Rogers - The Ropin' Fool 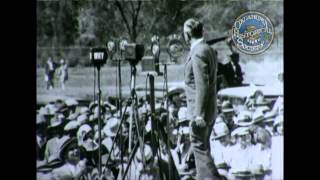 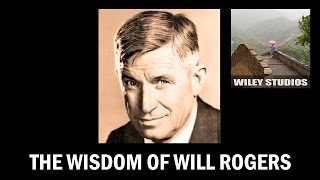 The Wisdom of Will Rogers - Famous Quotes