Close
Richard Barrett
from Philadelphia, PA
January 1, 1936 - August 3, 2006 (age 70)
Biography
One of the most important figures in 1950s and early-'60s rock & roll to come out of New York, Richard Barrett has been badly served by history in terms of the recognition he is due. A singer/songwriter turned producer, he became an essential part of George Goldner's Rama, End, and Gone Records operations, as well as Morris Levy's Roulette Records, and brought along several legendary groups of the period. He was one of the first successful independent Black record producers and also became a pioneering Black producer on Broadway.

Richard Barrett (then known as Ritchie Barrett) was born and raised in Philadelphia and began singing with an R&B harmony group called the Angels during the early '50s. A charismatic singer with a fine voice, he was also a skilled dancer and choreographer, and had many good ideas about arrangements, even in those early days. Philadelphia in the early '50s wasn't the hotbed of music industry activity that it would become in the second half of the decade. Barrett took off for greener pastures in New York City around 1952 or early 1953, eking out a living as a day laborer, primarily in landscaping, and trying to find a music gig that would pay. He crossed paths with a group called the Dreamers, a local quartet he heard singing at a party, and began talking with them about the idea of joining them; he also presented them with a song that he'd written, "Summer's Love," and the group was so taken with it that they added Barrett to the lineup just to get it. A quick name change to the Valentines seemed to jump-start their new configuration and the quintet began getting noticed locally; one of those who enjoyed the band's sound was Raoul Cita of the Harptones, who arranged an audition for the quintet with Monte Bruce, who was trying to start up a label called Bruce Records. A recording session yielded a tape of "Summer's Love," which Bruce proved unable to release, but it did get airplay from Harlem-based DJ Willie Bryant. With Bryant's on-air help, the Valentines built up a following in Harlem and got a single released of a new version of "Summer's Love" backed with "Tonight Kathleen" on Old Town Records in November of 1954. Despite the quality of the song and its popularity on the radio, the official release of "Summer's Love" never charted, largely owing to Old Town's being a barely established label, but "Tonight Kathleen" extended the local popularity that "Summer's Love" had already earned the quintet. The group's next stop was George Goldner's Rama Records, another relatively new label, but one with better capitalization and distribution connections.

The group's debut Rama release, "Lily Maebelle," co-authored by Barrett, was issued in the fall of 1955 and was picked up by DJ Alan Freed, who turned it into a regional hit that, in turn, transformed the Valentines into stars in Harlem. Even then, Barrett had begun pursuing other goals involving music with Rama Records. He was just as interested in the talent and business sides of the music business as he was in performing. He saw his opportunity to learn something and perhaps work in those areas with Goldner, who had five years' success behind him and knew the essentials of the business and then some; Goldner was also entering a field of music -- rhythm & blues -- that was new to Barrett. Goldner, in turn, didn't want to discourage him, recognizing him early on as a potentially serious music talent beyond his singing. Goldner had already enjoyed an unexpected national hit with "Gee" by the Crows, and was hoping to find acts that were good for more than a single hit record. Barrett began serving as a chauffeur and jack-of-all-trades at Goldner's office and was soon making suggestions on creative and promotional matters. What's more, even before the Valentines' record was released, Barrett was allowed to bring prospective artists in to audition and, if they were signed, he worked with Goldner producing the recording sessions that followed. Barrett also found that he fit in well working with what became the Rama (and later Gee Records) house band, led by saxman Jimmy Wright, and their method of working up arrangements on the fly.

During the second half of 1955, Barrett lived up to Goldner's faith in him when he heard a quintet of Harlem teenagers doing a version of "Lily Maebelle" in the street outside of his apartment building. This was his introduction to Frankie Lymon the Teenagers (as they were later called) and he brought them to Goldner, who duly signed them up. In late November or early December of 1955, the group recorded "Why Do Fools Fall in Love," one of the defining hits of the early rock & roll era and the biggest-selling record that Goldner ever released. Meanwhile, Barrett and his group enjoyed a second local hit in the spring of 1956 with "Woo Woo Train," but their fortunes were clearly on the wane. The group released two more singles without success in 1956, but by the end of that year, Barrett's involvement with the Valentines was receding rapidly as he began concentrating much more on his production activities for Goldner. Most notable was his connection with a newly signed group called the Cleftones, whose vocal arrangements and stage choreography Barrett had a major hand in shaping. Early in 1957, not long before the Valentines disbanded, he brought in another discovery in the guise of the Chantels, a quintet from New York -- whom he'd also heard singing on the street -- who are generally regarded as the first identifiable "girl group" in rock & roll history. Barrett became their manager and producer, and their second release, "Maybe," was not only a huge hit, selling in excess of a million copies, but became an enduring classic, second only to "Why Do Fools Fall in Love" in the Goldner library. That same year, he also produced and arranged both sides of debut single by yet another R&B vocal group, the Channels, for Goldner's Gone Records.

Barrett made one more major discovery, this time within the orbit of Roulette Records -- a successor to the Rama, Gee, End, and Gone labels, formed by Goldner's partner Morris Levy -- in the form of Little Anthony the Imperials. He finally left Goldner and Levy in 1960 to start his own label, Princeton Records: his major signing was the Veneers, a group similar to the Chantels. The Veneers never sold many records, but having them under contract served Barrett well when Arlene Smith, the Chantels' original lead singer, decided to leave. He tried taking over as lead singer on a pair of singles, "Come Softly to Me" and "Summer's Love," but those singles didn't sell; finally, Barrett moved the Veneers' lead singer, Annette Smith, into Arlene Smith's spot in the Chantels, and later moved this version of the Chantels to Carlton and Ludix Records, where they enjoyed more hit singles. He also produced early recordings by the Isley Brothers and Harold Melvin the Blue Notes, and crossed paths with Kenny Gamble and Leon Huff before either was very well-known. After returning to Philadelphia three years later, he began producing the Three Degrees, the most enduring act with which Barrett has ever been associated. They enjoyed hits well into the '70s, including a number one record in 1974 of "TSOP (The Sound of Philadelphia)," produced in association with Kenny Gamble and Leon Huff. Barrett also worked in the late '90s producing the group Rap Machine. ~ Bruce Eder, Rovi 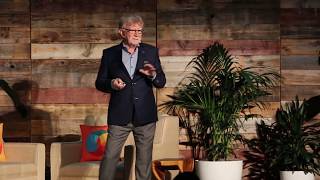 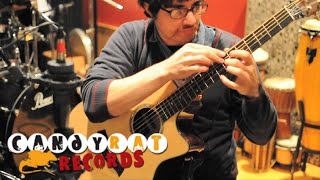 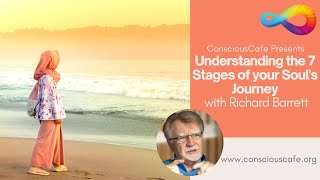 Understanding the 7 Stages of your Soul's Journey with Richard Barrett 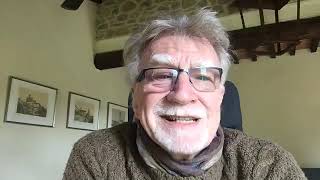 What levels of consciousness are you operating from? Richard Barrett 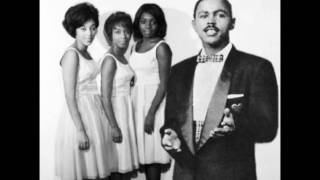 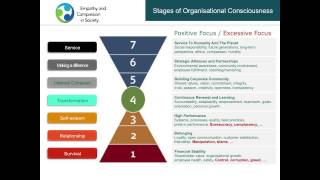