Close
Will Vinson
from London, England
July 11, 1977 (age 44)
Biography
Saxophonist and composer Will Vinson arrived in New York from London in 1999, and never left. He has since established himself as an integral member of the N.Y.C. jazz (and to a lesser degree, pop) communities as a first-call sideman, bandleader, and recording artist. Vinson possesses a strident, emotionally powerful tone. His phrasing balances dramatic sensitivity with an expansive harmonic palette, economy of scale, and unmistakable authority. Vinson's leader debut, 2004's It's for You, included bassist Thomas Morgan and pianist Aaron Parks. In 2008, the digital release Promises featured Vinson leading a quintet that included Parks and guitarist Lage Lund. 2010's Criss Cross debut, Stockholm Syndrome, marked his global breakthrough. 2013's massively acclaimed OWL Trio showcased his work alongside Lund and bassist Orlando Le Fleming. In 2016, the electro-acoustic Perfectly Out of Place included a quintet with pianist Gonzalo Rubalcaba (whose road and studio bands the saxophonist worked in) and the MIVOS Quartet. 2018's It's Alright with Three on Criss Cross featured the first recorded iteration of a collective working trio that includes drummer Antonio Sanchez and guitarist Gilad Hekselman. They issued the self-titled Trio Grande in 2020. That year, Vinson also issued Four Forty One, a set of trios and duets in the company of five alternating pianists and rhythm sections.

Vinson was born in London in 1977. An introspective and shy child, his first exposure to music was his father's large jazz record collection and piano playing. He didn't listen to rock or pop, but enjoyed the big band jazz of Count Basie and Duke Ellington. Vinson started playing piano at ten and studied classically for a short time. In his early teens, he began studying with Leon Cohen, who not only fostered his love of jazz technique and harmony but introduced him to the electric jazz fusion of Weather Report and Chick Corea's various projects. After seeing a Corea concert, Vinson committed himself to music. The wide historical gap in his jazz knowledge left out the innovations of bebop, West Coast jazz, and hard bop, as well as the modernism of John Coltrane and Ornette Coleman, but he filled them in during the ensuing years. At 15, Vinson's parents bought him a saxophone and he proceeded to learn to play via private lessons and in school. After an initial bout with tendonitis that affected his piano playing, he switched to the alto saxophone full-time. (He has since recovered from that condition and plays piano and synths occasionally.)

Vinson emigrated to New York City in 1999 to attend the Manhattan School of Music, where his classmates included Aaron Parks, Ambrose Akinmusire, Miguel Zenon, and Jaleel Shaw. His talent impressed virtually everyone who heard him, and he won gigs as a sideman while still in school. Though he cut Critical Moments in 1999 as part of the Ultrasound Contemporary Jazz Ensemble before leaving England, Vinson's proper debut was 2002's Down Homeless, by VNMG, a collaborative quartet with bassist Thomas Morgan, pianist Steve Newcomb, and bassist Peter Gabis. Two years later, Vinson issued his own leader debut with It's for You, on the British Sirocco Music label. Co-produced by the saxophonist and Eivind Opsvik, his quartet included Parks, Morgan, guitarist Sandra Hempel, and drummer Mark Ferber.

The saxophonist spent most of the next four years touring as a sideman, playing his own headline gigs in New York, and recording with the Alan Ferber Nonet, jazz singer Pamela Luss, guitarist Jonathan Kreisberg, and drummer Ari Hoening -- he still works with the latter two. In 2008, Vinson issued two digital releases. The first, Greenpoint, titled for the Brooklyn neighborhood he calls home, was a collective outing with bassist Matt Penman, guitarist Dan Waldman, and drummer Bruce Fox. The second was his own Promises, which included Parks, Hoenig, bassist Orlando Le Fleming, and guitarist Lage Lund. In 2009, Vinson made his first appearances as a pop sideman, playing on recordings by Harper Simon and Rufus Wainwright (whose band he formally joined to tour the U.S. and Europe). Upon his return the following year, Vinson issued the digital outing The World (Through My Shoes), with Le Fleming, Lund, and German drummer Jochen Rückert. In addition, he served as a member of Le Fleming's band; also featuring Lund and drummer Antonio Sanchez, the ensemble issued From Brooklyn with Love (Live at Freddy's).

Vinson signed to Criss Cross for his critical breakthrough, 2010's Stockholm Syndrome, leading a quintet that included Lund, Parks, Le Fleming, and drummer Kendrick Scott. The set juxtaposed eclectic post-bop originals with inventive readings of standards by Cole Porter, Paul Desmond, and Bill Evans. It established Vinson as a leader in the global eye, and he toured almost incessantly to promote it. In late 2012, Vinson, Lund, and Le Fleming formed OWL Trio. Their lone, self-titled album was released in 2013. Two years later, after touring with the trio and working with Kreisberg, Vinson played with Gonzalo Rubalcaba's quintet for the album Charlie and joined the pianist's touring group.

In 2016, Vinson issued Perfectly Out of Place. Co-produced by the saxophonist with Rubalcaba, its ten originals were performed by an electro-acoustic jazz quintet that included the pianist Penman (who also played synths), guitarist Mike Moreno, and drummer Jeff Ballard, in collaboration with the MIVOS Quartet, an avant string ensemble. Acclaim for the album came from as far away as Tokyo, Moscow, the Netherlands, and London. Two years later, Vinson released his sophomore date for Criss Cross, It's Alright with Three. Equally divided between the saxophonist's originals and jazz standards, it was performed by a trio with Sanchez and guitarist Gilad Hekselman. The recording showcased how intuitive the ensemble -- who had done some live work together -- could be in an unconventional recording setting. 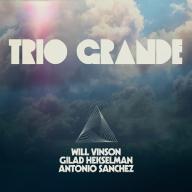 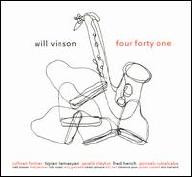 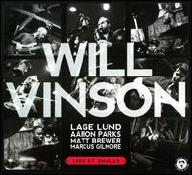 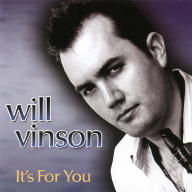 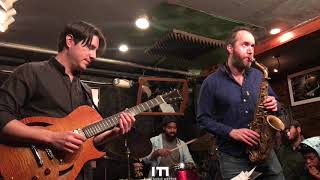 Will Vinson Quintet Plays a Beautiful Standard with Mike Moreno 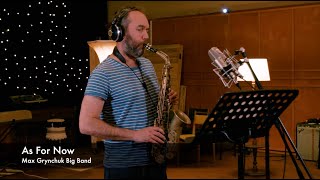 As For Now (feat. Will Vinson) - Max Grynchuk Big Band 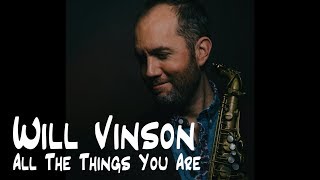 Will Vinson - All The Things You Are - Solo Unaccompanied Bootleg 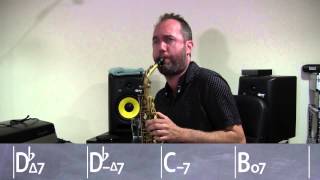 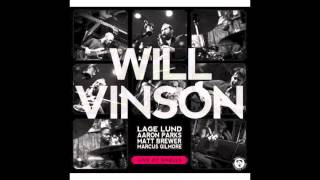 Will Vinson - Stablemates - Live At Smalls 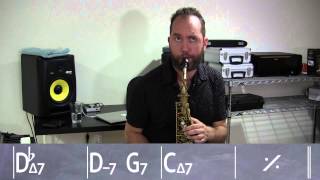 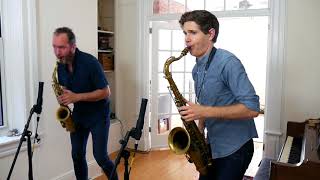