Close
Bill Pritchard
from Lichfield, Staffordshire, England
March 20, 1964 (age 56)
Biography
A singer and songwriter with a sophisticated melodic approach and a wit drier than a five-to-one martini, Bill Pritchard has won a devoted cult following for his literate, evocative songs and albums that reflect a bittersweet, European sensibility. (The latter may have something to do with the fact his largest fan base is in France rather than his native England.) Initially celebrated as a smart storyteller in the manner of Lloyd Cole and Roddy Frame, Pritchard won acclaim but few sales for his first two albums, but 1989's Three Months, Three Weeks, and Two Days brought him a larger audience with its polished but tuneful pop songs and Pritchard's arch but seductive vocals. After 1991's Jolie, Pritchard sat out most of the '90s, and he experimented with electronic pop on his 2005 release By Paris, By Taxi, By Accident, but he returned to a more organic sound and a more productive release schedule with 2014's A Trip to the Coast and 2016's Mother Town Hall.

Born in 1964 in Staffordshire in England's West Midlands, Bill Pritchard began playing music in his youth, but he started to develop a voice of his own when he spent some time in Bordeaux, France and fell in with a group of local musicians. Pritchard and his new friends soon began performing regularly on a radio show, and the influence stuck with the Englishman after he returned home. As Pritchard began focusing on his songwriting, he recorded an eight-song EP, Berlin 1935, that was issued only on cassette. Pritchard's music came to the attention of the U.K. independent label Third Mind Records, who released his first two albums, 1987's Bill Pritchard and 1988's Half a Million. The albums came to the attention of the Belgian imprint Play It Again Sam Records, and the label engineered a collaboration between Pritchard and Daniel Darc, vocalist with the French group Taxi Girl. Darc and Pritchard's 1988 album Parce Que was a success in Europe, and Pritchard's next solo effort, Three Months, Three Weeks, Two Days, was his first album to be released in North America as well as Europe and the U.K. Once again, the album fell on deaf ears in England, but was a hit in France, Belgium, and Italy, and also enjoyed success in the United States and Canada after the single "Tommy and Co." was played on MTV's alternative music show 120 Minutes.

In 1991, Ian Broudie of Care and the Lightning Seeds produced Pritchard's fourth album, Jolie. The popularity of Jolie in Japan and Canada piqued the interest of Polygram/Island Records, and they signed Pritchard to a contract. However, problems with the company stalled his career, and he would never release a record for the label. As Pritchard sorted out his problems with his label, he formed a short-lived band called Beatitude with guitarist Tim Bradshaw, bassist Tuppy Rutter, and drummer Paul Barlow. Beatitude would release one single, "Baby in Brylcreem," before splitting up. In 1998, Pritchard resurfaced long enough to bring out the album Happiness and Other Crimes, but later that year, he put music on hold to return to college, where he obtained a teaching degree. He landed a job teaching French at a school near Birmingham, but he took a detour back into music when he was approach by Thomas Deligny, a French composer and producer who was a fan of his work. Working with Deligny, Pritchard made the album By Paris by Taxi by Accident, where his sophisticated pop merged with Deligny's electro-pop style. The album was released by Universal and once again fared well in Europe but didn't receive much attention in the U.K., and Pritchard soon returned to teaching.

It would be almost a decade until Pritchard released music again, this time spurred on by a reconnection with his former Beatitude collaborator Tim Bradshaw, who happened to move into Pritchard's neighborhood sometime around 2012. The closer geographic proximity of the two friends allowed them to work at a low-stress pace on what would become A Trip to the Coast, an album of straightforward jangly pop tunes that was released on Tapete Records in 2014. The pair worked closely together again on the 2016 follow-up, Mother Town Hall, also released via Tapete. Now prolific by their own modest standards, Pritchard and Bradshaw soon returned to the studio to record their third project together, 2019's Midland Lullabies. ~ Mark Deming & Fred Thomas, Rovi 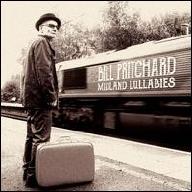 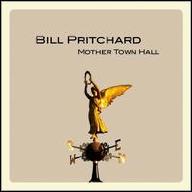 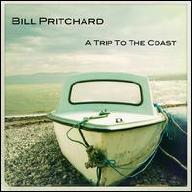