To people who take rock roll seriously, the existence of Creedence Clearwater Revisited is probably an abomination -- the equivalent of Paul and Ringo going back on the road leading a Beatles cover band, complete with replacements for John and George. But before anyone tunes out on this, bassist Stu Cook and drummer Doug Cosmo Clifford have as much right to capitalize on the Creedence Clearwater Revival repertory as anyone other than John Fogerty -- yes, he wrote the stuff, but they were the rhythm section, and as good a rhythm section as any American white rock roll band of the '60s ever had, on songs where the beat, not to mention the textures of the bass and the drums, counted for a lot. And they were with Fogerty and his brother Tom from the beginning, playing lots of thankless gigs for short-end money before lightning struck in 1968. And since Fogerty kept this repertory at more than arm's length for more than 25 years after their breakup, and the songs were more popular than ever, it was almost inevitable that a CCR cover band would emerge. The unexpected aspect is that it was done by former CCR members.

Following the breakup of CCR in 1972, Cook and Clifford, who'd been friends since junior high, formed a production company together. Clifford later joined the latter-day Sir Douglas Quintet, while Cook joined a group of ex-members of the Doobie Brothers in forming the country-rock outfit Southern Pacific. They kept fairly low profiles as working musicians, although they were still busier musically than Fogerty, who, for a variety of personal reasons, didn't really re-emerge in the public eye until the end of the 1980s. Creedence Clearwater Revisited was initially supposed to be a short-run project, conceived in 1995 -- Elliot Easton, formerly of the Cars, played lead guitar, and John Tristao handled the vocals. They were only supposed to play private parties, but soon the band was getting 100 gigs a year.

Suffice it to say that these guys are singularly unlikely to ever be a major creative force (or even part of one) in rock music the way they were 30 years ago, and the chance of anything new or fresh issuing forth from them is practically nil. But that's also true of Chuck Berry and a lot of other names bigger than Cook or Clifford, and CCRevisited does put on a good show, and crowds looking for good-time rock roll music enjoy them, the same way that Rob Grill the Grass Roots or whatever version of "Herman's Hermits" Peter Noone is fronting can pull 15,000 to an outdoor venue on a decent summer night. At least CCRevisited doesn't pretend to be anything more than what it is, even if they're not too much more than a flesh-and-blood jukebox.

Of course, the eerie backdrop to their presence is the fact that Fogerty (who cut a great blues-rock album in 1997) finally overcame his reticence about his old songs and issued his own live album, at virtually the same time that CCRevisited got its double live CD out. So fans once limited to a choice of original CCR recordings are now faced with Fogerty's own new versions of his old hits, and new live versions of those same hits by this band. Anyone under 25 without a lot of background in music will probably need a program to sort through it all. ~ Bruce Eder, Rovi 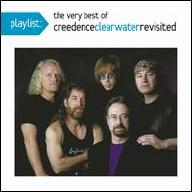 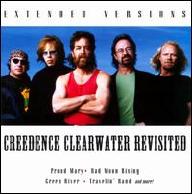 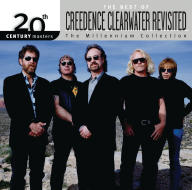 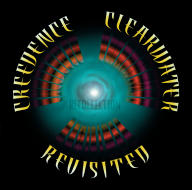 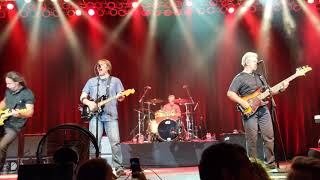 CCR Creedence Clearwater Revisited "Up Around The Bend" @ The Paramount, Huntington, NY, 2018 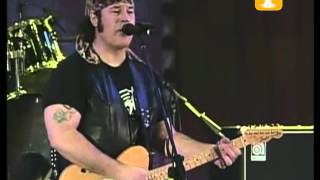 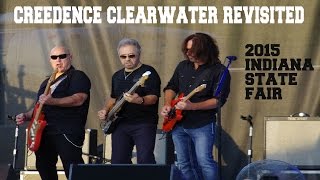 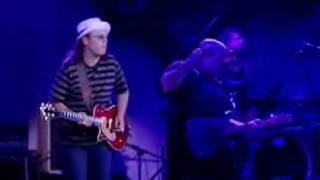 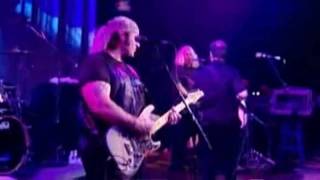 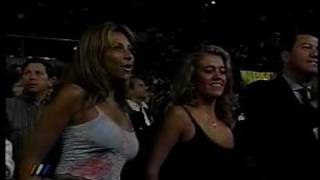 Creedence Clearwater Revisited - Have You Ever Seen The Rain - Live in chile 1999
Available here: