Close
Meat Puppets
from Tempe, AZ
formed June 1, 1980 (age 39)
Biography
Out of all of the bands that made SST Records a towering force in the American underground during the mid-'80s, Meat Puppets lasted the longest, surviving where other bands fell apart. They were also one of the first bands on the label to drift away from the fractured but muscular punk-oriented sound that had been SST's initial trademark. Their self-titled 1982 debut album was a full-on punk record that only hinted at the eclecticism of their work to come, but with 1984's Meat Puppets II, the band had matured into an amalgam of punk energy, hard rock guitar prowess, country melodicism, and psychedelic exploration, with ZZ Top, the Grateful Dead, and Neil Young as their most obvious influences. While the proportions would change over the course of their recording career, the principal ingredients of their formula for the most part would not, as they ambled from the trippiness of 1985's Up on the Sun to the clean precision of 1987's Mirage and the ZZ Top-style hard rock swagger of 1987's Huevos. Meat Puppets moved up to the major labels with 1991's Forbidden Places, and 1994's Too High to Die gave them a long-awaited commercial breakthrough with the hit single "Backwater." But bad fortune dogged the band in the wake of 1995's No Joke, and it wasn't until 2009's Sewn Together that Meat Puppets seemed to regain their musical footing after returning to their independent roots.

The core of Meat Puppets comprised Curt (guitar; born January 10, 1959) and Cris Kirkwood (bass; born October 22, 1960), a pair of brothers born and raised in Phoenix, Arizona. As teenagers, the Kirkwoods played in local rock & roll bands, primarily playing mainstream rock and hard rock. After graduating from a Jesuit prep school, the brothers formed Meat Puppets in 1980 with drummer Derrick Bostrom. Unlike the Kirkwoods' earlier bands, the Meat Puppets were directly inspired by punk rock; they were so committed to keeping the music punk that they refused to rehearse.

A little over a year after their formation, Meat Puppets released their first EP, In a Car, on World Imitation. At this point in their career, the band was at its noisiest, playing furious hardcore with avant-garde leanings. Greg Ginn, the lead guitarist for Black Flag and the head of SST Records, heard the record and offered the Meat Puppets a contract with SST. In 1982, the band released their full-length eponymous debut album on SST, which continued in the experimental vein of their EP.

Meat Puppets didn't develop their own distinctive voice until their second album, Meat Puppets II, which was released in 1984. On Meat Puppets II, the band created a fusion of punk and country that sounded unlike anything else in the American underground. With their second album and constant touring, Meat Puppets began to attract a dedicated cult following across the U.S. that continued to grow throughout the rest of the decade. In 1985, the group released their third album, Up on the Sun, which earned them their first reviews in mainstream music publications. Up on the Sun also demonstrated that the band were beginning to streamline their sound, moving closer to traditional blues-rock, country-rock, and psychedelia. This shift toward conventional hard rock continued throughout the late '80s, as the band gradually sanded away their rougher punk edges.

After releasing an EP called Out My Way in 1986, Meat Puppets released two critically acclaimed albums -- Mirage and Huevos -- in 1987. By the time Mirage was released, Meat Puppets had established themselves as college radio stars, as well as popular attractions on the American underground circuit. Monsters, their final album for SST Records, was released in 1989, and its heavy rock attack foreshadowed the approach the band would adopt in the following decade. The straightforward sound of Monsters wasn't greeted favorably by the band's cult following, and the record stiffed on college radio.

Following the weak reception of Monsters, Meat Puppets broke up. In 1991, they re-formed and signed a major-label deal with London Records. Before they recorded their first album for London, SST issued the compilation No Strings Attached in 1990. The following year, Forbidden Places, the group's major-label debut, appeared in the stores. Forbidden Places was neither a commercial nor underground success.

For two years after the release of Forbidden Places, Meat Puppets were relatively quiet, playing a couple of gigs every once in a while. In 1993, they re-emerged as an opening act on Nirvana's In Utero tour. Toward the end of the tour, Nirvana taped an appearance for MTV Unplugged, during which they covered three songs from Meat Puppets II with Meat Puppets themselves. The exposure on MTV Unplugged helped set the stage for the commercial breakthrough of the band's second major-label album, 1994's Too High to Die.

Released around the same time as MTV Unplugged originally aired, Too High to Die didn't gather much attention at first, but after Kurt Cobain's suicide in April, the record and its first single, "Backwater," began to move. This was due to radio's acceptance of "Backwater," but also to MTV's constant airings of Nirvana's MTV Unplugged. By the summer of 1994, "Backwater" was a genuine hit, climbing to number two on the album rock charts and just missing the pop Top 40. None of the other singles from Too High to Die performed quite as well, but the album was a success, becoming the group's first to go gold. Meat Puppets released No Joke!, their follow-up to Too High to Die, in the fall of 1995. However, this album received mediocre reviews and little airplay, and disappeared from the charts and radio a few months after its release.

Following this setback, the Pups effectively went on hiatus. Derrick Bostrom recorded a one-off EP of goofy, saccharine pop covers for the Amarillo label in 1996 under the name Today's Sounds; he subsequently took a job with a multimedia company, also overseeing both the band's website and Rykodisc's 1999 Meat Puppets reissue campaign. Cris Kirkwood, unfortunately, did not fare so well. With the influx of fame and cash, his drug problem had worsened during the No Joke! sessions, and in 1995, he married Michelle Tardif, whose own addictions and run-ins with the law sent things spiraling out of control. Tragedy struck in December 1996, when the Kirkwoods' mother died, and again in August 1998 when Tardif died of a drug overdose. After virtually disappearing for a short time, Cris began to sort out his addictions in rehab programs, and his attendant legal problems in court. Meanwhile, the band's label, London Records, was swallowed up by Universal in a corporate mega-merger.

An overloaded Curt Kirkwood had already relocated to Austin, Texas, prior to Tardif's death; there he formed a new outfit dubbed the Royal Neanderthal Orchestra with ex-Pariah members Kyle Ellison (guitar) and Shandon Sahm (drums; also the son of Doug Sahm), plus former Bob Mould bassist Andrew DuPlantis. Eventually, this group took over the Meat Puppets name (although neither Bostrom nor Cris Kirkwood were ever officially removed from the lineup). Curt secured a release from his prior contract and signed with Breaking, an Atlantic subsidiary. Golden Lies, Meat Puppets' first new album in five years, was released in the fall of 2000. Seven years later, after a lengthy struggle with substance abuse, Cris Kirkwood reunited with brother Curt and new drummer Ted Marcus for the release of Rise to Your Knees. Touring lasted through the end of 2007, while sporadic shows kept the bandmates busy in 2008.

They also returned to the studio that year, and their 12th studio effort, Sewn Together, was released in the spring of 2009. The band continued to stay busy, announcing that they would be performing Up on the Sun at the Animal Collective-curated All Tomorrow's Parties in 2011. They also continued to work on new material, and went into Spoon's HiFi Studio in Austin to work on their 13th studio album, Lollipop. It was released in April of 2011 by Megaforce Records. In 2013, Meat Puppets attempted to take a simplified approach for their 14th album, Rat Farm, and the Kirkwood brothers were joined by return drummer Shandon Sahm and Curt's son Elmo on guitar. In 2017, the Meat Puppets were inducted into the Arizona Music and Entertainment Hall of Fame, and for the occasion, Derrick Bostrom performed with the Kirkwood Brothers for the first time since 1996. The band and the audience were enthusiastic about the set, and in June 2018, when Shandon Sahm opted to leave the band, Bostrom returned to the Meat Puppets on a permanent basis. Dusty Notes, the first Meat Puppets album since Bostrom rejoined the group, was released in March 2019. ~ Stephen Thomas Erlewine & Mark Deming, Rovi 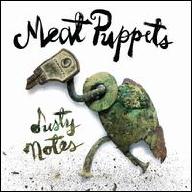 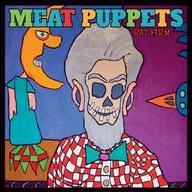 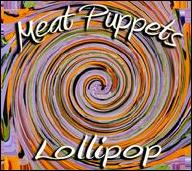 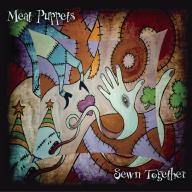 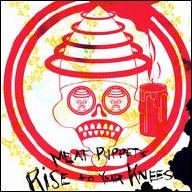 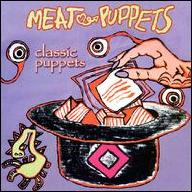 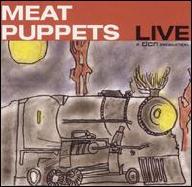 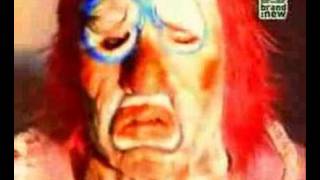 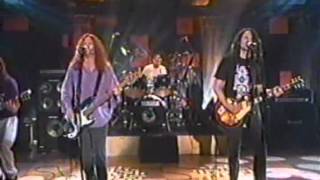 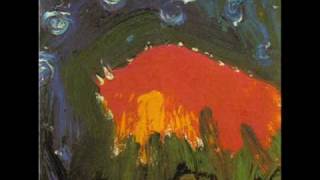 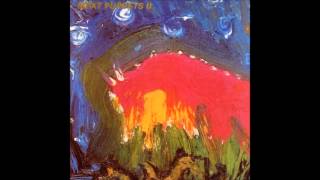 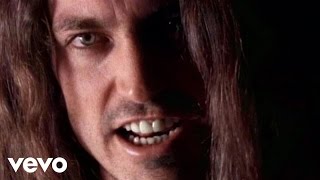 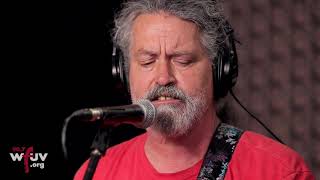 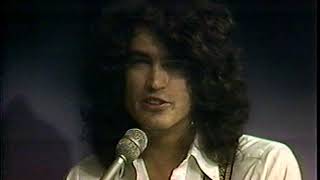