Close
Da Brat
from Chicago, IL
April 14, 1974 (age 46)
Biography
Da Brat was one of the first of a new breed of hard-edged female MCs to hit the hip-hop scene during the '90s. Although sexuality was certainly part of her image, it wasn't as important to her as it was to Lil' Kim or Foxy Brown; instead, Da Brat made her name as a tough, profane rhymer whose hardcore attitude and lyrical skills were never in doubt. Da Brat was born Shawntae Harris in Chicago in 1974, and started rapping at age 11. In 1992, while still a teenager, she was discovered by producer Jermaine Dupri, when she won an amateur rap contest and got a chance to meet Dupri's protégés Kris Kross. With their endorsement, Dupri signed her to his So So Def label and produced her debut album, Funkdafied, which was released in 1994. The title track was an enormous hit, going to number two on the R&B/Hip-Hop chart and spending nearly three months on top of Hot Rap Singles. Its success -- as well as that of the follow-up singles Fa All Y'All and Give It 2 You -- helped Da Brat become the first female rapper ever to have a platinum-selling album. Funkdafied also hit number one on R&B Albums, a staggering achievement for a debut release by a female rapper.

For her 1996 follow-up, Anuthatantrum, Da Brat took greater control of her music and persona, scoring hits with "Sittin' on Top of the World" and "Ghetto Love." The album was another commercial success, returning her to the R&B Top Five and the pop Top 20. In its wake, Da Brat made high-profile cameo appearances on records by the likes of Mariah Carey, Missy Misdemeanor Elliott, Total, Dru Hill, and Lil' Kim, among others. She also made her film debut in 1996 in the Shaquille O'Neal comedy #Kazaam. Just prior to the release of her third album in 2000, Da Brat was arrested on assault charges after allegedly pistol-whipping another woman during an altercation at an Atlanta nightclub. She later pled guilty to a lesser charge of reckless conduct, and was let off with a fine, probation, and community service. Meanwhile, her album Unrestricted appeared in the spring of 2000, and found her sporting a somewhat sexier image. It became not only her second R&B chart-topper, but also her biggest album on the Billboard 200, climbing into the Top Five. She also enjoyed hits with the singles "That's What I'm Looking For" and "What'Chu Like." In 2001, Da Brat returned to the big screen in Mariah Carey's ill-fated film Glitter, and issued her solo follow-up, Limelite, Luv Niteclubz, in 2003.

A couple years later, Da Brat co-starred in the fourth season of the VH1 reality television series The Surreal Life and appeared on a remix of Dem Franchize Boyz' hit single "I Think They Like Me." Despite her success with that track, it didn't reignite her music career. Over the next several years, she sporadically collaborated with other artists and performed with Mariah Carey. Da Brat's progress was slowed by a prison sentence for aggravated assault. In 2013, she returned with a single, "Is It Chu," through her Rare Breed label. A couple years later, her career received a major boost when she became co-host of The Rickey Smiley Morning Show. Shortly after that, she appeared in an episode of Empire and released a single, "#YAK (You Already Know)," that featured Sage the Gemini and Eric Bellinger. ~ Steve Huey, Rovi 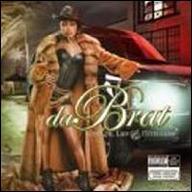 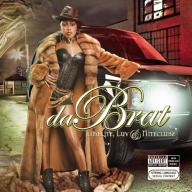 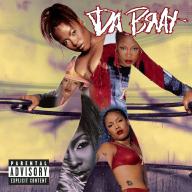 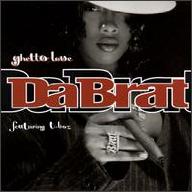 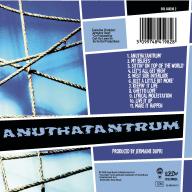 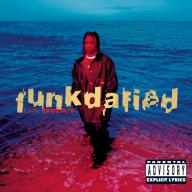 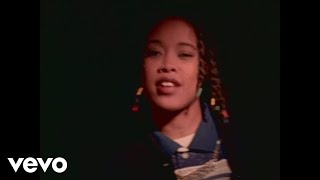 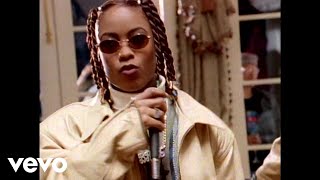 Da Brat - Give It 2 You (Official Video) 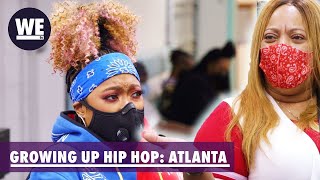 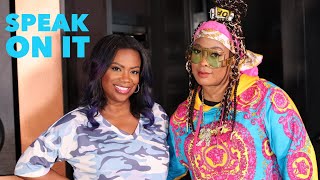 Speak On It With Da Brat 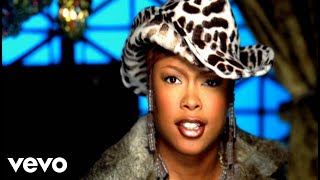 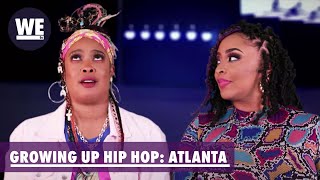 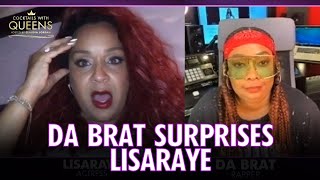