Close
Stephen Bishop
from San Diego, CA
November 14, 1951 (age 70)
Biography
San Diego native Stephen Bishop's melodic light pop style garnered him some success as a solo artist in the late '70s, though he earned a greater reputation as a quality songwriter. His most visible period came after the release of his 1976 debut, Careless, which featured the Grammy-nominated single "On and On," though he soon became better known for his musical contributions to films like Animal House, Roadie, and Tootsie. He also appeared in several films including The Blues Brothers and Kentucky Fried Movie. Over the years, a number of major artists would record his work including Eric Clapton, Phil Collins, Barbra Streisand, Chaka Khan, and Art Garfunkel. He received an Academy Award nomination for 1985's "Separate Lives," which Phil Collins and Marilyn Martin recorded for the film White Nights. Although he was primarily known as a songwriter, Bishop enjoyed success in the 2000s with a series of his own albums which were released in Japan. Much of this work was later reissued in the U.S., coinciding with later highlights like 2016's Blueprint and 2019's We'll Talk About It Later in the Car.

Like so many young musicians of his era, Bishop was inspired by seeing the Beatles perform on The Ed Sullivan Show in 1964 and began writing his own songs shortly afterward. After his first group, the Weeds, disbanded after high school, Bishop headed to Los Angeles and spent the next seven years looking for a recording contract and writing songs for Edwin H. Morris Publishing in Hollywood without much success. Through a mutual friend, he was finally discovered by Garfunkel who recorded two of Bishop's songs for his 1975 Breakaway album. The following year, Garfunkel helped him land a deal with ABC Records. Released in 1976, Bishop's Grammy-nominated debut album, Careless, featured contributions from Garfunkel, Clapton, and Khan, and yielded a pair of charting singles in "On and On" and "Save It for a Rainy Day." Although his follow-up album, 1978's Bish, fared well enough, he found greater success as a songwriter in the coming years, landing tracks with Khan, Streisand, and the Four Tops, and striking out into film soundtrack territory where he found great visibility composing theme songs. He wrote and performed the theme song to National Lampoon's Animal House and also appeared in a scene where his guitar is smashed by actor John Belushi. He also contributed music to The China Syndrome, Roadie, and Summer Lovers while making film cameos in The Blues Brothers and Kentucky Fried Movie. In 1982, he was back on the charts with "It Might Be You," the theme song to Tootsie, though he did not write it. A few years later, Bishop's song "Separate Lives" was sung as a duet by Collins and Marilyn Martin in the film White Nights and was nominated for an Academy Award.

While continuing to write for others and contribute to films, Bishop resurfaced with another album of his own in 1989's Bowling in Paris, which featured appearances from Collins, Sting, and Clapton, the latter of whom had also covered Bishop's work by this point. A fifth solo album, Blue Guitars, appeared in 1996 though it wasn't until the following decade that his output as a recording artist began to grow. Finding himself increasingly in demand in Asia, Bishop unleashed a torrent of albums in the 2000s, many on Japanese labels, which were largely made up of demo collections and live sets. He returned to proper studio work first with 2014's Be Here Then, followed by 2016's Blueprint. In 2019, Bishop released a sort of throwback album, We'll Talk About It Later in the Car, which featured a number of songs he'd originally written in the mid-'70s. ~ Steve Huey, Rovi 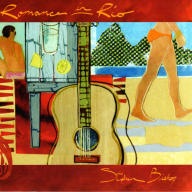 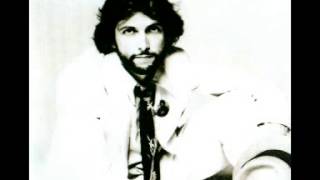 Stephen Bishop : On And On 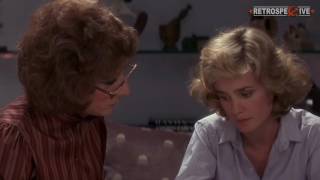 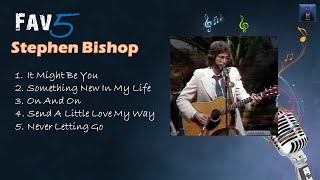 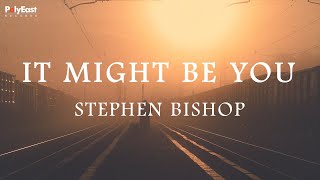 Stephen Bishop - It Might Be You (Official Lyric Video) 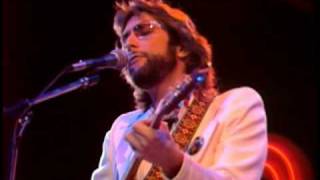 Stephen Bishop - On And On 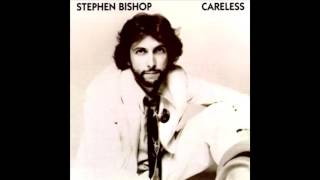 Stephen Bishop - Save It For a Rainy Day 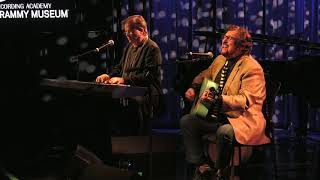 Stephen Bishop - It Might Be You (The Grammy Museum)
Available here: