Close
Dolores Gray
from Chicago, IL
June 7, 1924 - June 26, 2002 (age 78)
Biography
Dolores Gray was a tall, blonde, shapely actress/singer with a big contralto voice who starred in stage and screen musicals in the 1940s and '50s. She also appeared on radio and television and in nightclubs, and, in addition to her original cast and soundtrack recordings, recorded for two major labels and scored a handful of chart entries. If she never achieved the stardom of such contemporaries as Ethel Merman and Mary Martin, she was a sturdy second-echelon talent who worked steadily, especially in the theater, from the '40s to the '80s.

Gray spent her early years in Chicago. Her parents divorced when she was two, and five years later her father died. As a child, she was the victim of gang violence in her hometown, shot in the chest when caught in a crossfire, and, since the wound was deemed inoperable, she carried a bullet in her left lung for the rest of her life. After that incident, her mother moved her to Los Angeles, where she studied voice and, at 14, made her nightclub debut. When she was 15, she was discovered by Rudy Vallée, who put her on his nationally broadcast radio show. In August 1941, at 17, she appeared in the musical revue Fun for the Money in Los Angeles, and soon after she made her movie debut in a small, uncredited part in the drama #Lady for a Night, playing a singer named Dolores; the film was released in early 1942. Her first screen credit came two years later when she again played a singer in the drama #Mr. Skeffington.

Gray moved to New York and made her Broadway debut at 20 in the musical revue The Seven Lively Arts, singing songs written by Cole Porter. The show opened December 7, 1944, and ran 182 performances, closing May 12, 1945. Gray quickly returned to Broadway in a more prominent role in the musical comedy Are You With It?, which opened on November 10, 1945, and ran 267 performances, closing June 29, 1946. Her next show, Vernon Duke and Ogden Nash's Sweet Bye and Bye, closed out of town in the fall of 1946, but after understudying Ethel Merman in Irving Berlin's musical Annie Get Your Gun, Gray was tapped by the show's producers, Richard Rodgers and Oscar Hammerstein II, to take the starring role of Annie Oakley in the London production. She opened on her 23rd birthday, June 7, 1947, and was a massive hit with British theatergoers. The show ran for 1,304 performances, longer than it did on Broadway, and Gray was with it for that run, well into 1950. At that time, postwar Britain was not ready to support the kind of original cast albums being released with success in the U.S., but the London cast of Annie Get Your Gun recorded the show's songs in medleys on a set of two 78-rpm EPs released on the English Columbia label, marking Gray's first recordings. Rod McKuen's Stanyan Records obtained the rights to release several such recordings in the U.S. much later, and the label issued a 1972 LP combining the original London cast recordings of Annie Get Your Gun and Oklahoma! More recently, budget label LaserLight issued a CD of the London Annie Get Your Gun with bonus tracks to fill out the disc.

Gray returned to the U.S. in 1951 in the odd position of being a stage star, but one virtually unknown in her native country. She returned to Broadway, co-starring with Bert Lahr in the musical revue Two on the Aisle with music by Jule Styne and lyrics and sketches by Betty Comden and Adolph Green. The show opened July 19, 1951, and ran 276 performances, closing March 15, 1952, and Gray excelled in the rapid-fire If You Hadn't, But You Did. Decca Records recorded the original Broadway cast album, giving her her first American record release. The label also put her under exclusive contract, and she began recording singles, starting with a cover of Shrimp Boats, which Jo Stafford took to number two in the fall of 1951. Gray's version made the Top 20. Another six Decca singles followed during 1952.

Gray next turned to television, co-starring in the series #The Buick Circus Hour, broadcast live from New York, which premiered October 7, 1952, and ran every fourth week through the 1952-1953 season, concluding on June 16, 1953. Meanwhile, she had two more chart singles, scoring with pop versions of Hank Williams' Kaw-Liga and the Cajun song Big Mamou. The stage remained her primary medium, however, and she returned to Broadway to star in the musical Carnival in Flanders. The show sported several Hollywood talents trying their hand on the Great White Way -- the book was by famed movie director Preston Sturges, and the songs were by James Van Heusen and Johnny Burke, who were more accustomed to writing material for Bing Crosby's films. They provided Gray with some good songs, notably Here's That Rainy Day, but the show was a flop. It opened September 8, 1953, and closed four days later, after only six performances. Nevertheless, Gray won the Tony Award for Outstanding Actress in a Musical.

Gray scored another chart entry with her recording of Lost in Loveliness from the film #The Girl in Pink Tights in the summer of 1954. That winter, Decca issued the soundtrack album of the film #There's No Business Like Show Business, in which Marilyn Monroe co-starred. Since Monroe had an exclusive recording contract with RCA Victor, Gray stepped in and sang her songs on the album. She continued to record for Decca into 1955, though the label never issued a full-length album under her name. (In 2003, after the earliest of her Decca recordings had passed into the public domain in Europe, British label Sepia collected 25 of them on a CD entitled Spotlight on Dolores Gray.)

Gray's increasing movie contacts led to a contract with MGM in 1955, and the studio first used her as a co-star in the original film musical #It's Always Fair Weather, released in September 1955 and accompanied by an MGM soundtrack album of songs by André Previn with Comden and Green on which Gray appeared. Only three months later, she co-starred in MGM's movie adaptation of the Broadway musical Kismet, again appearing on the MGM Records soundtrack album. Next up was a musical remake of the popular play and film #The Women, retitled #The Opposite Sex, in which she appeared in November 1956, and then the comedy #Designing Woman in May 1957. But Gray, about to turn 33, was unable to break through to major stardom in Hollywood, and the decline in movie musicals made it unlikely she ever would. She left MGM after four films. Signing to Capitol Records, she went back to cutting singles and also an album, its title drawn from a London reviewer's description of her voice, Warm Brandy. She appeared on television and in nightclubs, then, in 1959, found another role on Broadway. It was the part of Frenchy, originated on film by Marlene Dietrich, in a musical version of #Destry Rides Again. It opened April 23, 1959, and ran 473 performances, closing June 18, 1960. Gray's performance earned her a Tony nomination, and Decca Records released an original Broadway cast album that reached the charts.

Gray's career was less visible after she closed in Destry Rides Again. In 1967, she returned to Broadway in Sherry!, a musical adaptation of the comic play The Man Who Came to Dinner. It opened on March 28 and closed on May 27 after 72 performances. In 1973, she replaced Angela Lansbury in a London revival of Gypsy as Lansbury moved to the New York production, and then replaced Lansbury there, returning to Broadway yet again. She was ideally cast in the London revival of Follies that opened on July 21, 1987, singing, at the age of 63, Stephen Sondheim's rueful song of show business experience, I'm Still Here and recording it on the cast album released on First Night Records in the U.K. She continued to make occasional appearances on-stage and on television into the 1990s. In the 1960s, she had married real estate developer and racehorse owner Andrew Crevolin. The couple divorced in the 1970s, but were reconciled and remarried, their marriage lasting until Crevolin's death in 1992. Ten years later, Gray suffered a heart attack in her apartment in Manhattan and died at the age of 78. ~ William Ruhlmann, Rovi 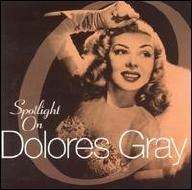 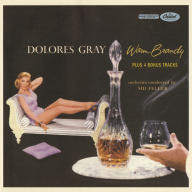 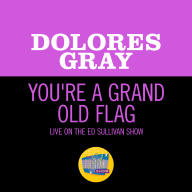 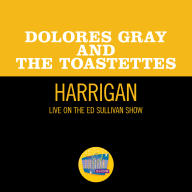 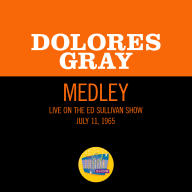 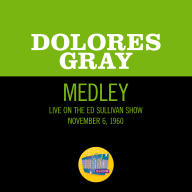 Alexander's Ragtime Band/Here We Are In Chicago/Hello My Baby [Medley/Live On The Ed Sullivan Show, November 6, 1960]
2021
Videos
Close 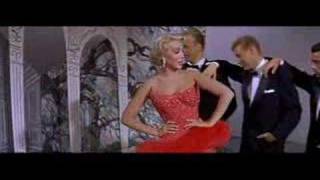 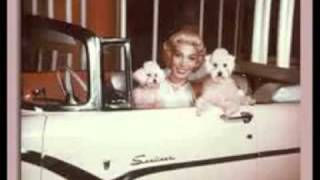 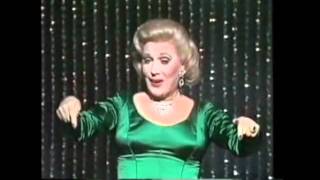 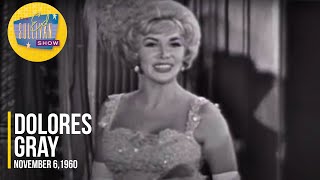 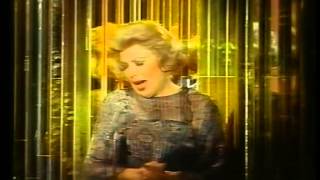 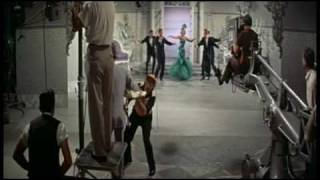 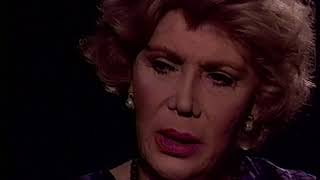