Close
Little Milton
from Inverness, MS
September 7, 1934 - August 4, 2005 (age 70)
Biography
He may not be a household name, but die-hard blues fans know Little Milton as a superb all-around electric bluesman -- a soulful singer, an evocative guitarist, an accomplished songwriter, and a skillful bandleader. He's often compared to the legendary B.B. King -- as well as Bobby Blue Bland -- for the way his signature style combines soul, blues, and RB, a mixture that helped make him one of the biggest-selling bluesmen of the '60s (even if he's not as well-remembered as King). As time progressed, his music grew more and more orchestrated, with strings and horns galore. He maintained a steadily active recording career all the way from his 1953 debut on Sam Phillips' legendary Sun label, with his stunning longevity including notable stints at Chess (where he found his greatest commercial success), Stax, and Malaco.

James Milton Campbell was born September 7, 1934, in the small Delta town of Inverness, MS, and grew up in Greenville. (He would later legally drop the "James" after learning of a half-brother with the same name.) His father Big Milton, a farmer, was a local blues musician, and Milton also grew up listening to the Grand Ole Opry radio program. At age 12, he began playing the guitar and saved up money from odd jobs to buy his own instrument from a mail-order catalog. By 15, he was performing for pay in local clubs and bars, influenced chiefly by T-Bone Walker but also by proto-rock roll jump blues shouters. He made a substantial impression on other area musicians, even getting a chance to back Sonny Boy Williamson II, and caught the attention of RB great Ike Turner, who was doubling as a talent scout for Sam Phillips at Sun. Turner introduced the still-teenaged Little Milton to Phillips, who signed him to a contract in 1953. With Turner's band backing him, Milton's Sun sides tried a little bit of everything -- he hadn't developed a signature style as of yet, but he did have a boundless youthful energy that made these early recordings some of his most exciting and rewarding. Unfortunately, none of them were hits, and Milton's association with Sun was over by the end of 1954. He set about forming his own band, which waxed one single for the small Meteor label in 1957, before picking up and moving to St. Louis in 1958.

In St. Louis, Milton befriended DJ Bob Lyons, who helped him record a demo in a bid to land a deal on Mercury. The label passed, and the two set up their own label, christened Bobbin. Little Milton's Bobbin singles finally started to attract some more widespread attention, particularly I'm a Lonely Man, which sold 60,000 copies despite being the very first release on a small label. As head of A&R, Milton brought artists like Albert King and Fontella Bass into the Bobbin fold, and with such a high roster caliber, the label soon struck a distribution arrangement with the legendary Chess Records. Milton himself switched over to the Chess subsidiary Checker in 1961, and it was there that he would settle on his trademark soul-inflected, B.B. King-influenced style. Initially a moderate success, Milton had his big breakthrough with 1965's We're Gonna Make It, which hit number one on the RB charts thanks to its resonance with the civil rights movement. We're Gonna Make It kicked off a successful string of RB chart singles that occasionally reached the Top Ten, highlighted by Who's Cheating Who?, Grits Ain't Groceries, If Walls Could Talk, Baby I Love You, and Feel So Bad, among others.

The death of Leonard Chess in 1969 threw his label into disarray, and Little Milton eventually left Checker in 1971 and signed with the Memphis-based soul label Stax (also the home of his former protégé Albert King). At Stax, Milton began expanding his studio sound, adding bigger horn and string sections and spotlighting his soulful vocals more than traditional blues. Further hits followed in songs like Annie Mae's Cafe, Little Bluebird, That's What Love Will Make You Do, and Walkin' the Back Streets and Cryin', but generally not with the same magnitude of old. Stax went bankrupt in 1975, upon which point Little Milton moved to the TK/Glades label, which was better known for its funk and disco acts. His recordings there were full-blown crossover affairs, which made Friend of Mine a minor success, but that label soon went out of business as well. Milton spent some time in limbo; he recorded one album for MCA in 1983 called Age Ain't Nothin' But a Number, and the following year found a home with Malaco, which sustained the careers of quite a few old-school Southern soul and blues artists. During his tenure at Malaco, Milton debuted the song that would become his latter-day anthem, the bar band staple The Blues Is Alright, which was also widely popular with European blues fans. Milton recorded frequently and steadily for Malaco, issuing 13 albums under their aegis by the end of the millennium. In 1988, he won the W.C. Handy Award for Blues Entertainer of the Year, and was also inducted into the Blues Hall of Fame. ~ Steve Huey, Rovi 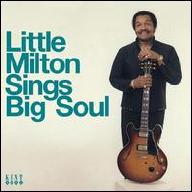 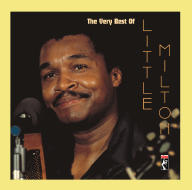 The Very Best of Little Milton
2007 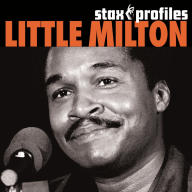 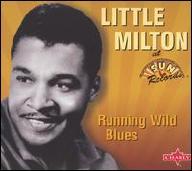 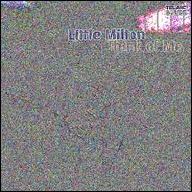 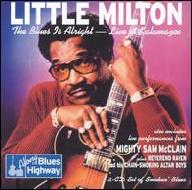 Blues Is Alright: Live at Kalamazoo
2004 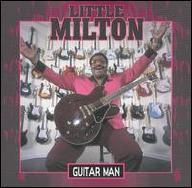 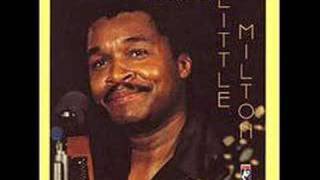 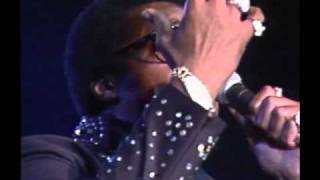 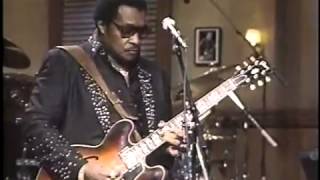 Little Milton (The Blues is Alright) 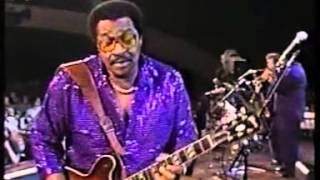 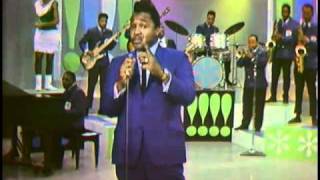 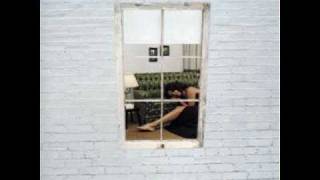 Little Milton - That's How Strong My Love Is (Monologue) 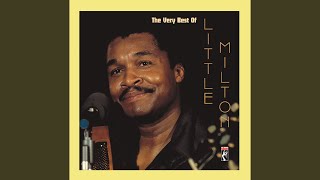