Close
The Bottle Rockets
from Festus, MO
formed January 1, 1992 (age 29)
Biography
Festus, Missouri's Bottle Rockets became one of the leading lights of the 1990s roots rock/alt-country revival, thanks to a sound that bypassed the punk heritage proudly upheld by most of the band's contemporaries in favor of a full-bodied fusion of Southern boogie, country-folk, and crunching rock & roll. Lead singer, guitarist, and primary songwriter Brian Henneman was working as a roadie for Uncle Tupelo when the Bottle Rockets cut their self-titled 1993 debut in a mere two days, but the follow-up, 1995's outstanding The Brooklyn Side, was strong enough to earn the band a major-label contract. After 1997's 24 Hours a Day, the Bottle Rockets returned to the ranks of the indies, but when a new lineup stabilized with 2006's Zoysia, the group gained a second wind, cutting a series of fine releases for Bloodshot Records that highlighted their versatile blend of hard rock and roots influences and Henneman's consistently excellent songwriting, especially on 2015's South Broadway Athletic Club.

In 1985, the trio was playing straight-ahead honky tonk under the guise of Chicken Truck (so named in honor of the John Anderson song) with a new drummer, Mark Ortmann. Instead of giving in to local crowds who wanted to hear covers rather than originals, the bandmembers focused solely on performing their own material, which they began roughing up with a Crazy Horse-like edge. Shortly after frequent tour mates Uncle Tupelo signed a 1990 record deal, however, internal problems led Chicken Truck to disband; while the Parrs returned to civilian jobs, Ortmann moved to Nashville to become a session player, and Henneman became a roadie with Uncle Tupelo, even playing on their March 16-20, 1992 album.

During his roadie days, Henneman recorded a demo tape of new material, which Tupelo manager Tony Margherita began discreetly shopping around. After cutting a solo single backed by Farrar and Tweedy, he re-formed his old band with Ortmann on drums, Tom Ray on guitar, and Robert Kearns on bass, renaming the outfit the Bottle Rockets. After a 1993 self-titled effort, a year later the band issued its second independent LP, The Brooklyn Side, named after a bowling term. A portrait of life in rural blue-collar America, The Brooklyn Side was the subject of lavish critical praise, and the positive notices led to the band signing with a major label, Atlantic, which promptly reissued the album.

Shakeups at the label led to delays in the release of their next album, 1997's 24 Hours a Day, and when the album sold poorly, the Bottle Rockets were dropped. In 1998 they signed with the small Doolittle label and released an odds-and-ends EP, Leftovers; by the time they completed their next album, 1999's Brand New Year, the label had gained major-label distribution, but that deal proved to be short-lived, and in 2000 the Bottle Rockets were once again without a label. In 2001 they signed a deal with alt-country trailblazers Bloodshot Records; their first album for the label, a tribute to Doug Sahm, was released early the following year. Tom Ray left the band in 2002, and they moved ahead as a three-piece, signing yet another new record deal -- this time with Sanctuary -- in 2003, and releasing a new album, Blue Sky, in the fall of that year. Zoysia arrived on Bloodshot in 2006, followed by Lean Forward in 2009.

In 2011 the band released Not So Loud: An Acoustic Evening, which was recorded in an old schoolhouse and featured material drawn from all eras of the band's history. By now, the group once again had a stable lineup, with Henneman and Ortmann joined by guitarist John Horton and bassist Keith Voegele. In 2012, the Bottle Rockets teamed up with Marshall Crenshaw for a series of tour dates, with the band playing a full set as openers and then backing Crenshaw for the second half of the show. In 2013, Bloodshot brought out a deluxe reissue of the Bottle Rockets' first two albums, accompanied by rare bonus material and endorsements from a handful of well-known fans. As the Bottle Rockets continued to play short tours with Crenshaw, they began previewing new material in their sets, and in October 2015 they released a new album produced by Eric Roscoe Ambel, South Broadway Athletic Club. A relatively prompt three years later, the Bottle Rockets unveiled another Ambel-produced set, Bit Logic, which emphasized the gentler side of Henneman's songwriting. ~ Jason Ankeny & Mark Deming, Rovi 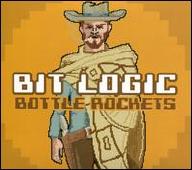 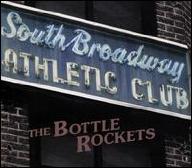 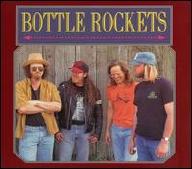 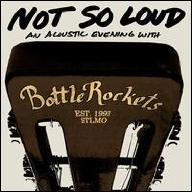 Not So Loud: An Acoustic Evening
2011 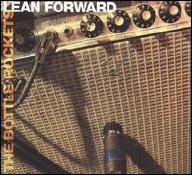 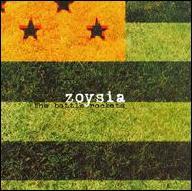 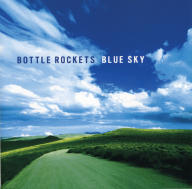 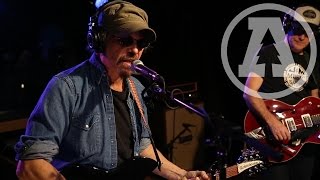 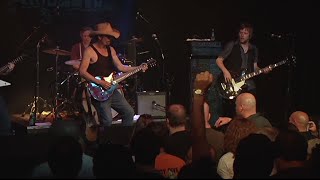 The Bottle Rockets: Welcome to Our Movie (Documentary/Concert) 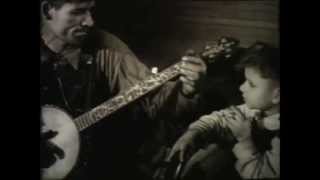 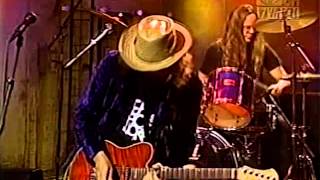 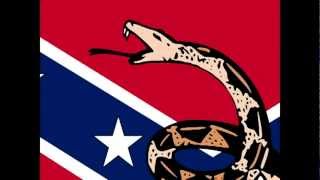 The Bottle Rockets - Wave That Flag 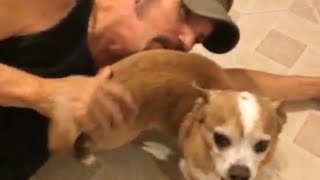 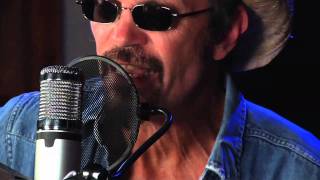