Close
Ray Parker, Jr.
from Detroit, MI
May 1, 1954 (age 67)
Biography
Guitarist/songwriter/producer Ray Parker Jr. had hits as Raydio (the million-selling Jack and Jill, You Can't Change That), Ray Parker Jr. Raydio (Two Places at the Same Time, A Woman Needs Love [Just Like You Do]), and Ray Parker Jr. (the number one RB and pop gold single Ghostbusters), and he co-wrote hit songs for Rufus and Chaka Khan (the number one You Got the Love from fall 1974) and Barry White (You See the Trouble with Me from spring 1976).

Born May 1, 1954, in Detroit, Michigan, Parker started out as a teenaged session guitarist playing on sessions recorded for Holland-Dozier-Holland's Hot Wax and Invictus Records, whose roster listed Freda Payne, Honey Cone, Chairmen of the Board, 100 Proof Aged in Soul, Laura Lee, and 8th Wonder. He also played behind the Temptations, Stevie Wonder, the Spinners, Gladys Knight the Pips, and other Motown acts when they appeared at the Twenty Grand Club. In 1972, Wonder called Parker to ask him to play behind him on a tour that he was doing with the Rolling Stones. Parker thought it was a crank call and hung up the phone. Wonder called back and convinced Parker that he was the real deal by singing Superstition to him.

Deciding to become a recording artist, Parker got a deal with Arista Records in 1977. Not confident on his singing ability, he put together a band that included vocalist Arnell Carmichael, bassist/singer Jerry Knight (who later had his own solo hit with Overnight Sensation and as half of Ollie Jerry, and co-produced hits by the Jets), guitarist Charles Fearing, Larry Tolbert, and Darren Carmichael. However, on record, Parker played most, if not all of the instruments -- although Arnell et al. were paid a retainer so they'd be available if Raydio had a hit record and needed to tour.

His first LP, Raydio, went gold, peaking at number eight RB in spring 1978. The LP included the number five gold RB hit single Jack and Jill (lead vocal by Jerry Knight), Is This a Love Thing, and the charting single Honey I'm Rich. The hits continued with Ray Parker Jr. Raydio's number four gold Rock On (the single You Can't Change That was number three RB, number nine pop in the spring of 1979); the number six gold RB Two Places at the Same Time from spring 1980 (Two Places at the Same Time was number six RB in spring 1980); and the number one gold record A Woman Needs Love from 1981 (A Woman Needs Love [Just Like You Do] -- the first song Parker sang all the way through without trading vocals -- held the number one RB spot for two weeks and went number four pop in spring 1981). Then, the Ray Parker Jr. album The Other Woman held the number one RB, number 11 pop spot in spring 1982 (The Other Woman was number two RB for four weeks).

One of Parker's biggest hits and best-loved songs, Ghostbusters was initially submitted for the background score of the Dan Aykroyd/Harold Ramis/Bill Murray/Ernie Hudson comedy. Director Ivan Reitman thought that the song should be released as a single. The Ghostbusters music video is one of the funniest and most star-studded videos ever made (breakdancing Bill Murray style). Ghostbusters parked at the number one RB spot for two weeks and the number one pop for three weeks on Billboard's charts in summer 1984. Around this time, Huey Lewis sued Columbia Pictures and Ray Parker Jr. for copyright infringement, claiming that Ghostbusters was a ripoff of his recent hit, I Want a New Drug. Lewis received an out-of-court settlement.

Parker left Arista for Geffen and then MCA before returning to Arista because of his relationship with Arista president Clive Davis. ~ Ed Hogan, Rovi 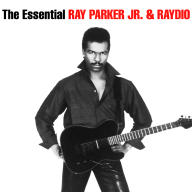 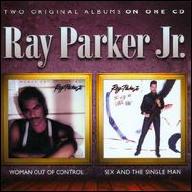 Woman Out of Control/Sex and the Single Man
2015 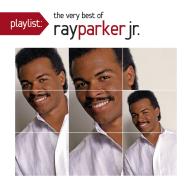 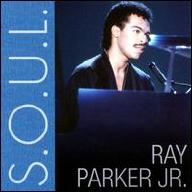 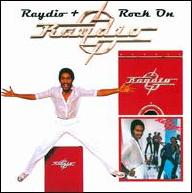 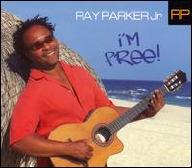 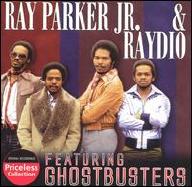 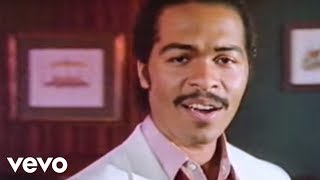 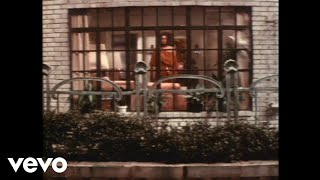 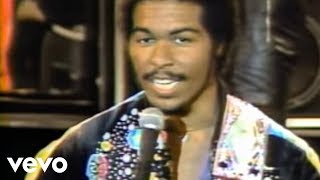 Raydio - You Can't Change That 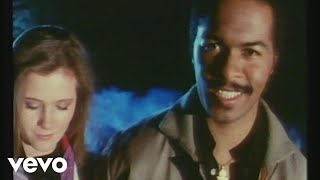 Ray Parker Jr. - The Other Woman 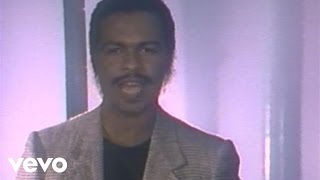 Ray Parker Jr. - I Still Can't Get over Loving You 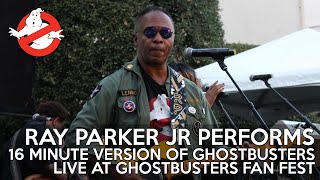