Close
Chris Squire
from Wembley, London, England
March 4, 1948 - June 27, 2015 (age 67)
Biography
Born Christopher Russell Edward Squire, in Wembley, England, on March 4, 1948, Chris Squire's main claim to fame was as the bassist for prog rock superheroes Yes. His start in music, however, came as a child singing in his church choir. His first rock group was the Selfs; he played with that group from 1965 to 1966, before forming the band the Syn. That group featured a guitarist named Peter Banks, with whom Squire would be associated in several bands. The Syn formed in 1966 and remained a group until late 1967. His next outfit was Mabel Greer's Toy Shop, again with Banks. During the course of his work with that band, he became acquainted with vocalist Jon Anderson, who would eventually join Toy Shop for a time. Also during that time, Banks would leave the group, and among those with whom Anderson and Squire would align themselves were Tony Kaye and Bill Bruford. With Banks rejoining, the group chose the name Yes and launched into the beginnings of a very long-lived and storied career.

Yes' journey into the musical spotlight began with the release of two albums in 1969 and 1970 that received a number of critical kudos, but little commercial or radio success. Their third album, however, propelled by the replacement of Peter Banks by Steve Howe and a lucky mistake by a U.S. radio programmer, began to give the band some much-needed exposure. By the time the follow-up Fragile was released, Rick Wakeman had come in as Tony Kaye's replacement and the stage was set. The album, with its single "Roundabout," launched the group (and Squire along with them) headlong into the public eye. There is no question that Squire's unconventional mode of playing the bass guitar as a lead instrument played a pivotal role in that success. Squire became the anchor of the band, sticking with them throughout numerous personnel changes in the 1970s. When the group took a break in 1975 to do solo albums, Squire released what is arguably his best work, Fish Out of Water.

The biggest challenge to Yes cohesiveness was yet to come. Through it all, though, Squire even remained in Yes when Anderson himself, along with Wakeman (for the second time), departed the group in 1979. Undaunted, the remaining members recruited the Buggles (Geoff Downes and Trevor Horn) as replacements and released Drama. Although the album was fairly well-received by Yes fans, the accompanying tour did not fare so well and the group called it quits afterwards. Squire remained working with drummer Alan White throughout the period, which would prove not truly be the end of Yes, but merely a hiatus. First, the duo released a Christmas single, entitled "Run with the Fox." They next began working with Led Zeppelin guitarist Jimmy Page on a project that was to be dubbed XYZ (ex-Yes and Zeppelin). That project, however, would never see fruition and Squire's next undertaking began under the name of Cinema.

Cinema were to have been a new band composed of Squire, White, Kaye, and South African guitarist Trevor Rabin. Their producer, Trevor Horn, suggested they needed an additional vocalist in the group. Jon Anderson was brought in and upon agreeing to work on the project, remarked that with his vocals it would really sound like Yes. The name was thus changed and Yes lived again. The resulting album, 90125, and the single "Owner of a Lonely Heart" would propel the Yes of 1983 to even further heights, scoring successes like they had never seen before. The lineup would release a second album, Big Generator, before more personnel chaos gripped them. This time, though, rather than shake Yes apart, the chaos emerged in a new "super" lineup of the band as an eight-piece group. This grouping of Squire, Anderson, Kaye, Rabin, White, Wakeman, Howe, and Bruford would release the Union album and tour to large crowds and rave reviews. Shortly after the tour, though, Yes was back to its pre-Union lineup. That was the group that released Talk in the mid-'90s.

Squire also managed to work on several other projects over the years. Among those was an album he released with onetime Yes member Billy Sherwood, entitled Conspiracy. He also worked with Nikki Squire (his wife at the time) on her project Esquire. His bass work was featured on several solo albums from other Yes members and an album by Eddie Harris. In June 2015 while Squire was being treated for leukemia in Phoenix, Arizona, it was announced that he had died at the age of 67. ~ Gary Hill, Rovi 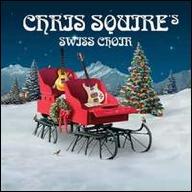 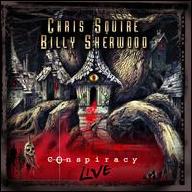 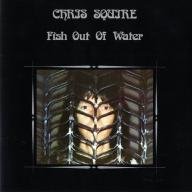 Fish Out of Water
1975
Videos
Close 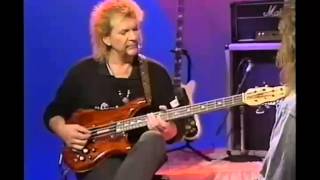 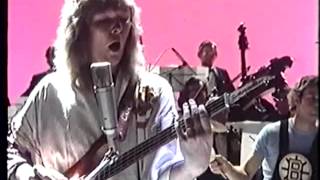 Chris Squire Hold Out Your Hand You By My Side 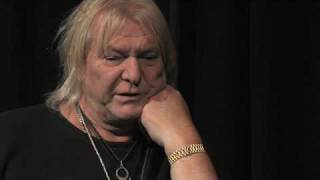 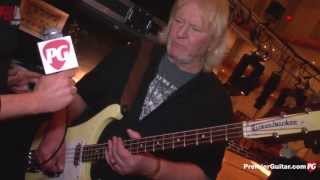 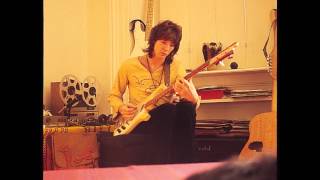 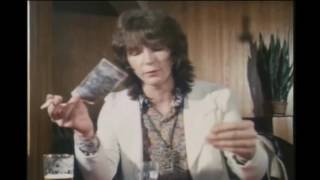 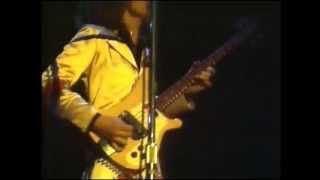