Close
Al Kooper
from Brooklyn, NY
February 5, 1944 (age 77)
Biography
Al Kooper, by rights, should be regarded as one of the giants of '60s rock, not far behind the likes of Bob Dylan and Paul Simon in importance. In addition to co-writing one classic mid-'60s pop-rock song, This Diamond Ring (though it was written as an RB number), he was a very audible sessionman on some of the most important records of mid-decade, including Bob Dylan's Like a Rolling Stone. Kooper also joined and led, and then lost two major groups, the Blues Project and Blood, Sweat Tears. He played on two classic blues-rock albums in conjunction with his friend Mike Bloomfield. As a producer at Columbia, he signed the British invasion act the Zombies just in time for them to complete the best LP in their entire history; and still later, Kooper discovered Lynyrd Skynyrd and produced their best work. Instead, in terms of public recognition, Kooper has been relegated to second-rank status, somewhere midway between John Mayall and Steve Winwood. Apart from the fact that he's made, and continues to make great music, it's the public's loss that he's not better respected outside the ranks of his fellow musicians.

Kooper was born in Brooklyn, New York, in 1944, the son of Sam and Natalie Kooper. As a boy, he enjoyed singing along to the Bessie Smith records that his father played, and they provided his introduction to blues and, by extension, gospel, RB and soul, all of the sounds that would form the basis for his own music. Equally important, he revealed himself a natural musician -- one day he sat down in front of a piano and started playing one of the then current hits of the early '50s, with no prior training or experience. He learned on his own, and also took up the guitar. Kooper's main interest during the 1950s lay in gospel music. When rock roll broke, Kooper was drawn to the vocal side of the new music, forming a doo-wop outfit that sang on street corners in his neighborhood in the late '50s. He turned professional in 1959, joining the line-up of the Royal Teens (Short Shorts, Believe Me) as a guitarist. By the early '60s, he'd begun writing songs, and among his early efforts was I Must Be Seeing Things, which was a hit for Gene Pitney.

Kooper's biggest hit as a songwriter came in late 1964, with a song that he co-authored with Bob Brass and Irwin Levine called This Diamond Ring -- they'd written it with the Drifters in mind, but the legendary RB group passed, and it ended up in the hands of Liberty Records producer Snuff Garrett. He made it the first song to be cut by a new group called Gary Lewis the Playboys. The record entered the charts late in 1964 and spent the early weeks of 1965 in the number one spot. The recording, although not to Kooper's liking compared to what he'd visualized for the Drifters, started a string of almost unbelievably fortuitous events in his life and career. In those days, he was trying to make a big part of his living as a session guitarist, and when a friend, producer Tom Wilson, invited him to observe at a Bob Dylan recording session that spring, he brought his instrument along with him in the hope that something might happen. When they needed a second keyboard player for the organ on Like a Rolling Stone, Kooper bluffed his way to the spot. Dylan loved the part that Kooper improvised and boosted it in the mix.

Kooper later played as part of the band that backed Dylan when he introduced electric music to the Newport Folk Festival in 1965, and was on the Blonde on Blonde album as well. That same year, Kooper was invited by Wilson to sit in on keyboards for an audition tape by a newly-formed New York blues-rock outfit called the Blues Project, and was asked to join the group. He eventually became one of the lead singers, and three massively important and critically acclaimed albums coincided with his year-long stay. By the time he'd exited the Blues Project, Kooper was ready to start a band with a jazz and RB sound that he had in mind -- one with a serious horn section -- and the result was Blood, Sweat Tears. Signed to Columbia Records in late 1967, they cut a debut album that was made up almost entirely of Al Kooper songs, and which set the music pages and their authors afire with enthusiasm -- The Child Is Father to the Man, as their debut record was titled, was one of the most important and daring albums of the '60s, as essential as any long-player ever cut by the Beatles or the Rolling Stones.

Unfortunately, Blood, Sweat Tears generated more press than sales -- although that debut album did ride the low reaches of the charts for almost a year -- and tensions within the group and pressure from the record company, which wanted a more commercial sound that would sell more records, led to Kooper's exit from the band. Now out of his second successful group in two years, Kooper returned to playing sessions and turned up on records by Jimi Hendrix, the Who, and the Rolling Stones (You Can't Always Get What You Want). He also got a job at Columbia Records -- a runner-up prize for having been forced out of Blood, Sweat Tears (which, by then, was making a fortune for the label with a retooled sound and line-up) -- as a producer. He engineered a concert recording by Simon Garfunkel that could have been their first official live album. More important was a pair of albums that Kooper cut with his longtime friend, guitarist Michael Bloomfield. Those records, Super Session, cut with Stephen Stills, and The Live Adventures of Mike Bloomfield and Al Kooper were among Columbia's best-selling LPs of the period; they were the kind of albums that, coupled with The Child Is Father to the Man, helped put Columbia Records on the cutting edge of popular music.

Kooper's other major contribution during his tenure at Columbia was signing the Zombies, a British Invasion-era band that hadn't charted a single in two years, for one album. The group seemed to be on their last legs and were, in fact, about to break up, but Columbia got one classic album (Odessey Oracle) and a monster hit single (Time of the Season) from the deal. The least prominent of Kooper's projects during this era, ironically enough, was his solo album I Stand Alone, on which he cut new versions of songs he'd written or been associated with over the previous decade. He spread himself too thin in making the record, and the album failed to sell in serious numbers. A follow up record, Kooper Session, was similarly ignored despite the presence of blues guitar prodigy Shuggie Otis, but Kooper remained one of the most successful names in rock music.

During the early '70s, Kooper had his own label, Sounds of the South, set up through MCA -- his big discovery was Lynyrd Skynyrd. He produced their first three albums, whose sales eventually numbered in the millions. Kooper also produced records by the Tubes, B.B. King, Nils Lofgren, and Joe Ely, among many others, during the '70s, and he found time during that decade to write what remains the best book ever written about rock & roll from an insider's perspective, -Backstage Passes. Kooper's recording activity slackened off in the 1980s, although he performed with Dylan, Tom Petty, and Joe Walsh, and did some soundtrack work in television and films. During the 1990s, after a more-than-20-year hiatus, he returned to recording his own sound with ReKooperation, an instrumental album released by the MusicMasters label, a company much more closely associated with jazz and classical than rock.

Equally important were a handful of live gigs by principal members of the original Blood, Sweat Tears, their first shows in 25 years. These performances led to a series of birthday shows at New York's Bottom Line in 1994, which yielded the double-CD concert recording Soul of a Man. Kooper covered most of his own music history with the key members of the original Blood, Sweat Tears and the definitive Blues Project line-up (who had gotten back together every so often, beginning in the early '70s). Kooper pulled together a unified sound, built around soul, jazz, and gospel influences, despite the varied personnel involved, in his most accomplished solo project ever. Anyone counting the records on which Al Kooper has played a key role -- as songwriter, singer, keyboardman, guitarist, or producer -- would come up with tens of millions of albums and singles sold, and a lot of radio airtime. His career recalls that of Steve Winwood in some respects, though he's never had a solo hit. Even in the '90s, however, Kooper remains a formidable performing talent, and one of the most inspired and intelligent people in rock music. ~ Bruce Eder, Rovi 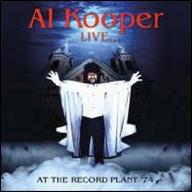 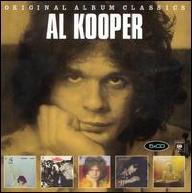 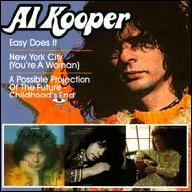 Easy Does It/New York City [You're a Woman A Possible Projection of the Future: Childh]
2011 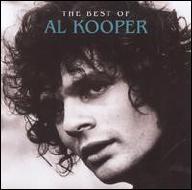 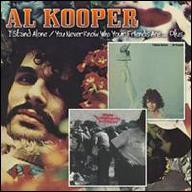 I Stand Alone/You Never Know Who Your Friends Are
2008 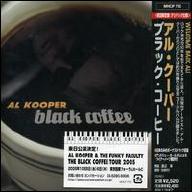 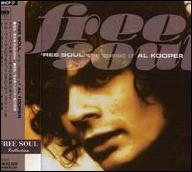 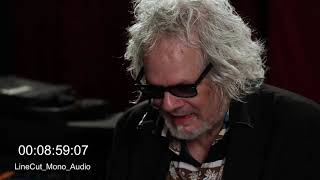 Al Kooper Live at The O Museum In The Mansion 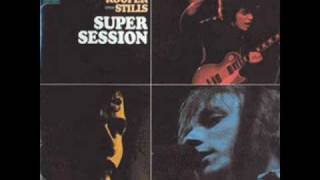 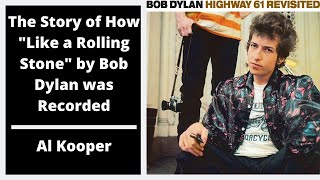 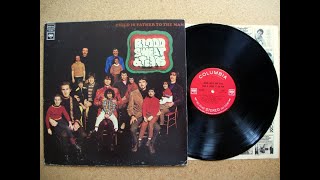 Al Kooper - All About Blood Sweat and Tears 1st LP 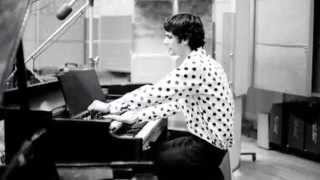 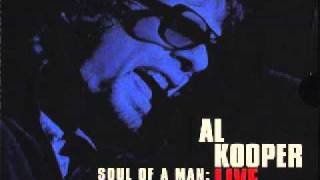 Al Kooper - I Love You More than you'll ever know (Live)
Available here: