Close
Pat Martino
from Philadelphia, PA
August 25, 1944 - November 1, 2021 (age 77)
Biography
One of the most original guitarists of the post-bop jazz era, Pat Martino was celebrated for his deep harmonic sophistication and distinctively precise picking style, traits that remained hallmarks of his sound even as he overcame brain surgery in 1980 to repair an aneurysm and had to relearn how to play guitar. Following his initial emergence in the '60s alongside organists like Don Patterson and Richard Groove Holmes, Martino garnered attention for his own albums, including 1967's El Hombre and 1968's Baiyana (The Clear Evidence). He scored a radio hit with his cover of Bobby Hebb's "Sunny" off 1972's Pat Martino/Live! and released more albums that found him bridging the gap between the earlier swinging style of Wes Montgomery and the groove-oriented, electric explorations of fusion players like John McLaughlin. Following his recovery from brain surgery, Martino enjoyed a career resurgence, releasing ever more nuanced albums like 1997's All Sides Now, 2001's Grammy-nominated Live at Yoshi's, and 2006's Remember: A Tribute to Wes Montgomery, all of which reached the Top 20 of the Billboard Jazz Albums chart. Martino again reached the jazz Top 20 with 2017's Formidable.

Born Patrick Carmen Azzara in 1944, Martino grew up in Philadelphia where he was introduced to jazz by his father, a tailor and part-time jazz musician. He excelled at the guitar from an early age, learning how to improvise while playing in local bands. As a teenager, his father introduced him to guitar legend Les Paul, who would become an early mentor. By age 15, he had moved to New York, living for a time with Paul and gigging regularly at Smalls Paradise. He was soon playing dates with Willis Jackson, Red Holloway, and organ giants including Don Patterson, Jimmy Smith, Jack McDuff, Richard Groove Holmes, and Jimmy McGriff. After playing with John Handy in 1966, Martino started leading his own bands, debuting with 1967's El Hombre on Prestige. More highly regarded albums followed for the label, including East!, Baiyina (The Clear Evidence), and 1970's Desperado.

Throughout the '70s, Martino continued to lead his own groups, recording a series of expansive, deeply influential albums for Muse beginning with Pat Martino/Live! Included on the album was his infectiously hip version of the Bobby Hebb tune "Sunny," which proved popular, garnering radio attention and becoming one of his most recognizable recordings. Consciousness followed in 1974 and found Martino applying his distinctive style to songs by Joni Mitchell, Benny Carter, and John Coltrane. With 1977's Joyous Lake, he took his approach even further, exploring fusion grooves and playing synth along with the guitar. Equally far-reaching sessions followed for the Muse label, including the introspective 1976 album We'll Be Together Again with pianist Gil Goldstein and 1977's Exit.

Although Martino enjoyed a productive career, touring and recording throughout the mid- and late '70s, he had also suffered a handful of seizures. His condition worsened and made performing so difficult that he was largely relegated to teaching at the Guitar Institute of Technology in Los Angeles. He was eventually diagnosed with arteriovenous malformation and in 1980 underwent surgery to remove a large tumor. After he awoke from surgery, he had amnesia with no memory of his past life. He eventually recovered his memories, but spent years relearning how to play the guitar. He did not resume playing until 1984, making his recording comeback with 1987's The Return, proving that he had regained his earlier prowess on the guitar.

In 2001, Martino released the concert album Live at Yoshi's, which captured his performance at the Oakland, California club leading an all-star trio with organist Joey DeFrancesco and drummer Billy Hart. The album again cracked the Top 20 of the jazz chart and earned a Grammy nomination for Best Jazz Instrumental Album. Two years later, he teamed with saxophonist Joe Lovano, pianist Gonzalo Rubalcaba, bassist Christian McBride, and drummer Lewis Nash for Think Tank. Again he picked up Grammy nominations, including Best Jazz Instrumental Album and Best Jazz Instrumental Solo on his version of John Coltrane's "Africa." He then paid homage to his idol with 2006's Remember: A Tribute to Wes Montgomery, hitting number ten on Billboard's Jazz Albums chart.

The guitarist continued his active performance schedule into the 2000s, releasing Undeniable: Live at Blues Alley in 2011, a document of his 2009 performance at the legendary Washington, D.C. nightclub featuring his group with organist Tony Monaco, tenor saxophonist Eric Alexander, and drummer Jeff Tain Watts. More live offerings followed, including 2012's Alone Together with Bobby Rose. 30 years after their first collaboration, Martino reunited with pianist Gil Goldstein for 2013's We Are Together Again, a follow-up to their classic 1976 album. The HighNote label dug into Martino's tape catalog for 2014's archival Young Guns: Gene Ludwig-Pat Martino Trio from 1969. A live duet concert with keyboardist Jim Ridl arrived in 2015 as Nexus. In 2017, Martino returned to the studio for the quintet album Formidable, hitting number 12 on the jazz chart. It would prove to be the guitarist's final studio album, as he stepped away from performing the following year due to a respiratory illness. Martino died on November 1, 2021 at the age of 77. ~ Matt Collar, Rovi 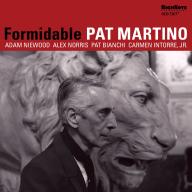 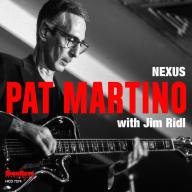 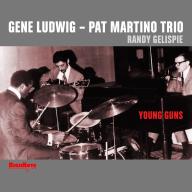 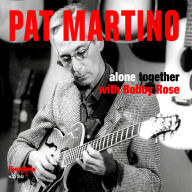 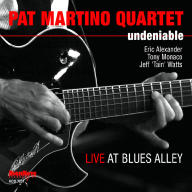 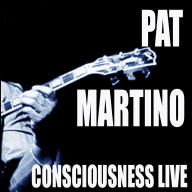 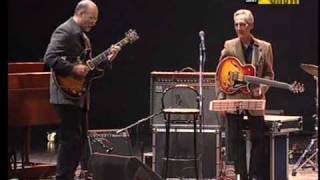 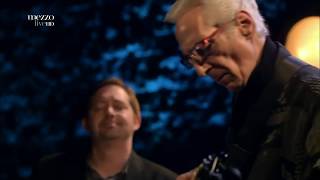 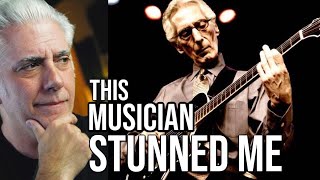 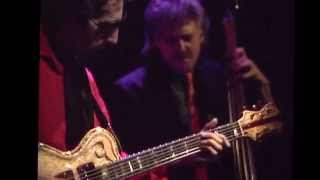 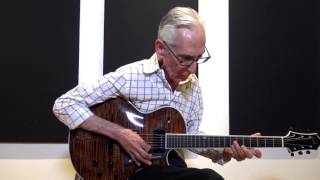 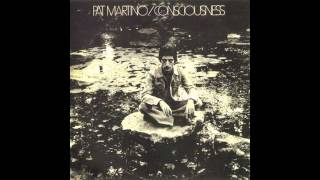