Close
Daniel Johns
from Merewether, Newcastle, New South Wales, Australia
April 22, 1979 (age 42)
Biography
Australian singer/songwriter, producer, composer, and guitarist Daniel Johns made his teenage debut in the early '90s as frontman of the chart-topping alt-rock/post-grunge band Silverchair, later releasing electronic-pop side projects as part of the Dissociatives and Dreams, while also embarking on an R&B- and soul-influenced solo career. Over the course of 15 years, Silverchair became one of the country's most successful bands. Together, they issued five Australian chart-topping, multi-platinum efforts before going on indefinite hiatus in 2011. Under Johns' guidance, the band's sound progressed from gritty Nirvana-indebted grunge to orchestral pop/rock influenced by late-era collaborator Van Dyke Parks. These genre-spanning sonic directions also found their way into Johns' electro-pop side projects, like the early-2000s duo formed with Paul Mac, the Dissociatives, and the late-2010s pairing with Luke Steele, Dreams. In 2015, Johns issued his first solo effort, Talk.

Born in 1979 in Newcastle, New South Wales, Johns started Silverchair in 1992 with childhood friends Ben Gillies and Chris Joannou. Inspired by Nirvana, the young band dominated the charts in Australia and became a viable international export with their early albums Frogstomp (1995) and Freak Show (1997). Silverchair's sound took a shift in 1999 with Neon Ballroom, which incorporated dramatic touches and a matured perspective. That change would be cemented in 2002 with Diorama, the band's fourth straight number one. Co-produced by Johns and featuring arrangements by Van Dyke Parks, the album debuted a fresh orchestral approach on sweeping tracks like "Across the Night" and "The Greatest View." During this period, side relationships with two fellow Australians flourished, leading to a pair of Johns' post-millennial projects: the Dissociatives and Dreams.

On Diorama, piano accompaniment was provided by DJ Paul Mac, who had worked with Silverchair since the Freak Show days. After Diorama's release, Johns and Mac joined in the studio to continue work on a project they dubbed the Dissociatives. The pair had recorded a short EP in 2000 -- I Can't Believe It's Not Rock -- but wouldn't revisit that experimental pop, rock, and electronic mélange until 2004 with their full-length debut, The Dissociatives (Eleven). Featuring the songs "Somewhere Down the Barrel" and "Forever and a Day," the LP peaked just outside the ARIA Top Ten and saw release in the U.S., Japan, and U.K. in 2005.

Switching gears back to Silverchair, Johns returned to the studio with the band to record their fifth album, 2007's Young Modern. Merging the polished pop sound of the Dissociatives with Diorama's lush orchestral approach, Young Modern was written entirely by Johns and featured guests like Luke Steele, Julian Hamilton (the Presets), and Paul Mac. Debuting at number one and winning ARIA Awards for Single and Album of the Year, it would also be Silverchair's final album.

In the years that followed, Johns began work on another project, this time with Luke Steele, whom Johns met in 2003 when Steele's band the Sleepy Jackson opened Silverchair's Diorama tour. They began collaborating in 2008, crafting songs inspired by the Beatles' White Album. However, those demos were lost and the project would remain on the sidelines as Steele shifted focus to Empire of the Sun and Johns returned to Silverchair for the Young Modern cycle. A decade would pass before the pair reunited, returning as Dreams in 2018.

For much of the late 2000s and early 2010s, Johns collaborated with other artists, including electronic acts like Zhu, Slumberjack, and What So Not; pop duo the Veronicas; and rapper 360. He also began work on his first solo effort, a surprising mix of sensual R&B and electro-soul. The four-song EP Aerial Love arrived in early 2015, followed soon after by the full-length Talk. Featuring the sultry singles "Aerial Love" and "Cool on Fire," Talk peaked at number two on the ARIA charts.

Following promotion for Talk, Johns reunited with Steele to begin recording for the Dreams project. After a mysterious unveiling campaign, Dreams made its official public debut in 2018 with the funky future-disco single "No One Defeats Us," a strutting call to arms that veered closer to Empire of the Sun and Talk than the Sleepy Jackson or Silverchair. They performed their first concert at the 2018 installment of Coachella, issuing their second single, "Silence," the same weekend. ~ Neil Z. Yeung, Rovi 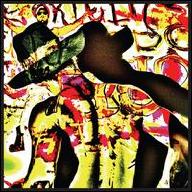 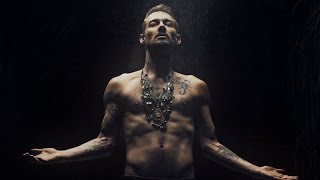 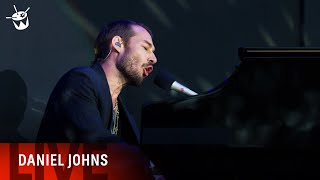 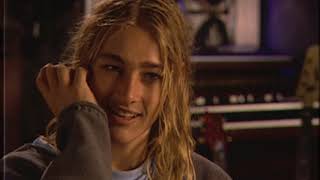 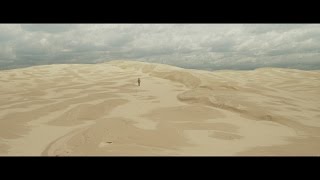 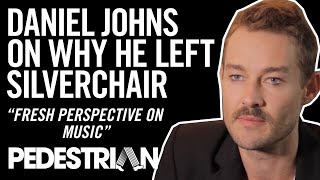 Daniel Johns On Why He Left Silverchair | PEDESTRIAN.TV 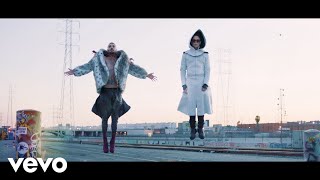 DREAMS - No One Defeats Us 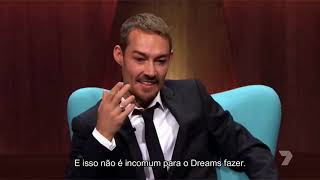