Close
The Boomtown Rats
from Dun Laoghaire, County Dublin, Ireland
formed January 1, 1975 (age 46)
Biography
Mixing punk energy with new wave sophistication, Irish rock band the Boomtown Rats rode a series of U.K. hits to mainstream success in the late 1970s and early '80s. Aside from the single "I Don't Like Mondays," their popularity never quite extended to the U.S., although frontman Bob Geldof became a highly visible figure globally for his humanitarian work; he led the charitable supergroup Band Aid and organized the massive 1985 Ethiopian relief Live Aid concerts, at which his band also performed. The group broke up in 1986, but reunited in 2013 for a series of tours, eventually releasing their seventh album, Citizens of Boomtown, in 2020.

The Boomtown Rats were formed in Dun Laoghaire, near Dublin, Ireland, in 1975 by Geldof, a former journalist; Johnnie Fingers (keyboards), Gerry Cott (guitar), Garry Roberts (lead guitar), Pete Briquette (bass), and Simon Crowe (drums). Originally a pub rock band, they took their name from Woody Guthrie's novel Bound for Glory. The group moved to London in October 1976 and became associated with the punk and new wave movements. Signing to Ensign Records, they released their debut single, "Lookin' After No. 1," in August 1977. It was the first of nine straight singles to make the U.K. Top 40.

Their debut album, The Boomtown Rats, was released in September 1977, on Ensign in the U.K. and on Mercury in the U.S. Their second album, Tonic for the Troops, appeared in June 1978 in the U.K., along with their first U.K. Top Ten hit, "Like Clockwork." In the fall, the album's "Rat Trap" hit number one. A Tonic for the Troops was released in the U.S. on Columbia in February 1979 with two tracks from The Boomtown Rats substituted for tracks on the U.K. version.

The band's second straight U.K. number one came in the summer of 1979 with "I Don't Like Mondays," a song inspired by a California teenager who had gone on a killing spree and glibly justified her action with the title line. It appeared on the group's third album, The Fine Art of Surfacing, released in October 1979, and subsequently became the band's only U.S. singles chart entry. The album also contained their next U.K. Top Ten hit, "Someone's Looking at You."

The Boomtown Rats released their final U.K. Top Ten hit, "Banana Republic," in November 1980, followed by their fourth album, Mondo Bongo, in January 1981. At this point, guitarist Gerry Cott left the group, and they continued as a quintet. Their fifth album, V Deep, was released in the U.K. in February 1982. In the U.S., Columbia initially released only a four-song EP drawn from the album The Boomtown Rats, finally releasing the full LP in September, when it failed to chart. Also in 1982, Geldof starred in the movie Pink Floyd: The Wall.

Columbia released the six-song compilation Ratrospective in March 1983, but rejected the band's newly recorded sixth album, In the Long Grass, which was released by Ensign in England. In 1984, Geldof and Midge Ure wrote "Do They Know It's Christmas?" and organized the star-studded Band Aid to record it for Ethiopian relief, resulting in the biggest-selling single in U.K. history. Geldof then went on to organize the two Live Aid concerts, held on July 13, 1985, in London and Philadelphia. Geldof's increased visibility led to the belated U.S. release of In the Long Grass, but when it failed to chart, the Boomtown Rats were left without a record label. After the group folded in 1986, Geldof launched a solo career with Briquette continuing to collaborate with him, while Crowe and Fingers continued to work on their new project Gung Ho.

In 2005 the band's catalog received the remaster treatment along with a Best of compilation and in 2013, the Rats officially reunited to tour in support of another anthology, Back to Boomtown: Classic Rats Hits. While Fingers and Cott sat out the reunion, the quartet of Geldof, Roberts, Briquette, and Crowe continued to tour occasionally for the remainder of the decade and eventually returned to the studio as well. Released in early 2020, Citizens of Boomtown was the Rats' seventh studio album and first since 1984. ~ William Ruhlmann, Rovi 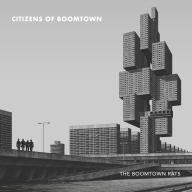 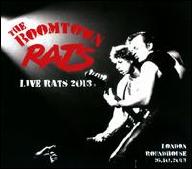 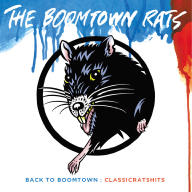 Back To Boomtown : Classic Rats Hits
2013 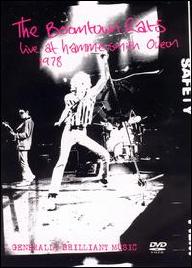 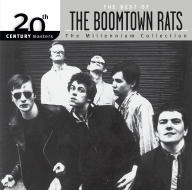 The Best Of The Boomtown Rats 20th CenturyThe Millennium Collection
2005 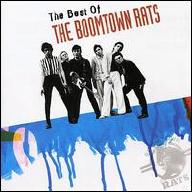 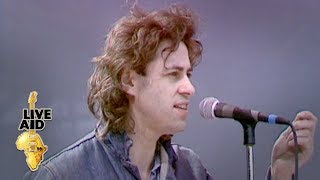 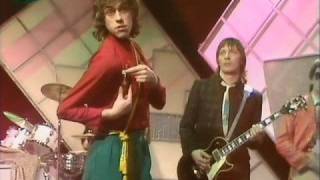 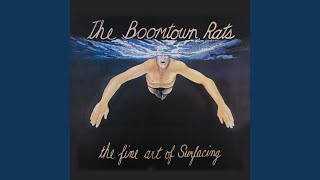 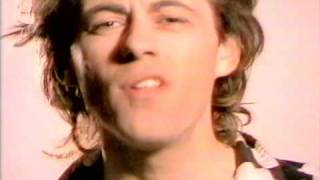 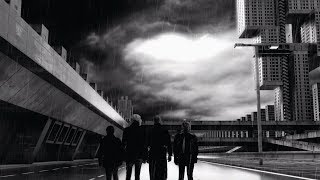 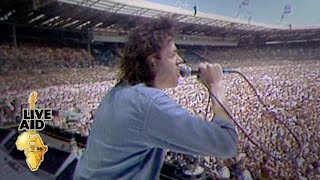 The Boomtown Rats Someone's Looking At You TOTP 24 01 1980
Available here: