Close
Brian Epstein
from Liverpool, England
September 19, 1934 - August 27, 1967 (age 32)
Biography
As the title of his biography suggests, Brian Epstein is widely regarded as "the man who made the Beatles." And, though he obviously had a well-spring of talent to work with, it is not unreasonable to credit Epstein with much of the group's early success. Raised in Liverpool, Epstein was the son of a jewish furniture store owner. Considerably restless, he attended several grammar schools and colleges as a young man, never really finding his niche. He was poor at sports, and in the world of the British boys school, he was seen as somewhat of a dandy because of his impeccable clothes and neat appearance. Before meeting the Beatles and reversing his fortunes, Epstein was also prone to whims. As a teenager he worked as a sales clerk at his father's store, becoming quite successful. Yet, at 22 he left his father's store and enrolling at an acting academy in London, in hopes of becoming a star in the theater.

When the acting academy debacle ended, Epstein returned to his father's store and was appointed manager of the record department, NEMS (North East Music Store). The closest occupation to the entertainment industry he could find, Epstein excelled at the record shop, displaying an uncanny ability to recognize hits. Soon several NEMS stores were sprinkled throughout Liverpool, and record companies such as Decca and EMI were paying close attention to which singles the store manager ordered. Yet, at 27, Epstein was again growing restless with the provincial duties of being a store manager, regardless of how financially successful he was becoming. So, when copies of a local magazine, Mersey Beat, began to sell out at rapid pace, Epstein's interest in the growing Liverpool scene was piqued. He was further intrigued when several young kids came into NEMS asking for a release by the Beatles, a group he had never heard. After heavy investigation, he located the obscure German single and, when he found out the group played at a local club that was in walking distance of NEMS, the Cavern Club, he made plans to go see the group.

When the upper-class, well-dressed Epstein entered the dingy Cavern Club in late 1961, he was floored by the energetic, raw performance of a group of ragged young men who called themselves the Beatles. He immediately offered his services as manager and pursued them with unprecedented zeal. Now acting as their manager, Epstein cleaned up the Beatles look and stage presence, buying them expensive, matching mohair suits and securing them gigs at places other than the Cavern. He also went on a tireless campaign to secure a recording contract for the group, getting rejected by Decca, EMI, and others before conning his way through the back door of EMI by enlisting staff producer George Martin to support the Beatles. After the Beatles released their first single, "Love Me Do," the enterprising Epstein sent friends and family all over town to ask for the record and create a buzz in the streets. Initially distrustful of Epstein, the Beatles had been won over by his devotion and, in turn, their respect and admiration for Epstein made him a major player among the Liverpool groups. Soon Epstein's operation was expanding with the likes of Gerry the Pacemakers and Cilla Black. It was also Epstein who orchestrated the media hype surrounding the phenomenally successful American debut of the Beatles on The Ed Sullivan Show, an event that virtually created the first British Invasion in America.

Through the mid-'60s Epstein was utterly devoted to the Beatles. He controlled their booking, publicity, and launched their movie career with the influential A Hard Days Night and Help! movies. Yet, in 1966, after a harrowing tour of the Far East, both the Beatles and their manager decided to put an end to touring. With a large portion of Epstein's duties now irrelevant, his focus and organization began to fade and he retreated into a private world of loneliness. The Beatles became essentially a studio band, and their popularity was such that the group needed little promotion, leaving Epstein little to do. Always a loner, and confused and ashamed of his homosexuality, Epstein began abusing drugs and alcohol throughout 1966-1967. In September of 1967, just three months after his beloved Beatles changed the face of pop music with Sgt. Pepper's, Brian Epstein was found dead in his home, the victim of a drug overdose. Such was the importance of his presence to the group that later John Lennon remarked that he knew the Beatles had had it once Brian died. ~ Steve Kurutz, Rovi 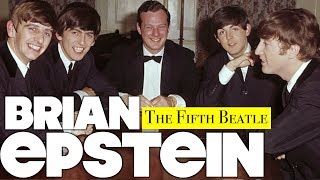 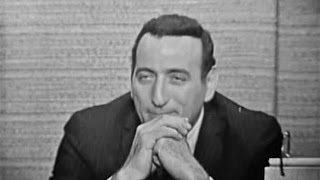 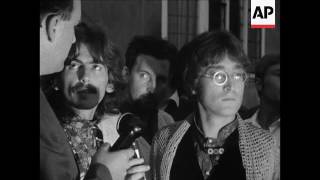 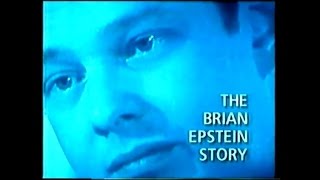 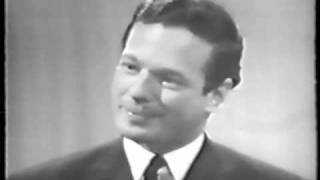 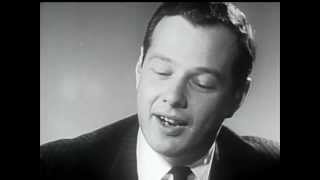 "One Of Us..." - The Ultimate Tribute to Brian Epstein