Close
Clive Bunker
from Luton, Bedfordshire, England
December 12, 1946 (age 75)
Biography
Clive Bunker was, along with Glen Cornick, Mick Abrahams, and Ian Anderson, a co-founder of Jethro Tull. Their original drummer, he lasted in the lineup up to and including their critical high-water mark, Aqualung. Bunker was born and raised in Luton, Bedfordshire, and came of age during the early-'60s British beat boom. He'd initially aspired to play the guitar but, upon realizing how limited his talent was on that instrument, turned instead to the drums -- his inspirations included not only renowned American jazz figures such as Buddy Rich but also one slightly older British contemporary of his, the Hollies' Bobby Elliott. By the mid-'60s, Bunker had become a serious blues enthusiast -- he and a friend, Mick Abrahams, became members of a blues band called McGregor's Engine in 1967 when they crossed paths with Anderson and Cornick, who were members of another band that was in the process of breaking up. The four decided to join forces in what became known as Jethro Tull, playing a mix of rock, blues, and folk music.

The group began evolving away from those origins almost as soon as the bandmembers started playing regularly. Though their first album, This Was, reflected their original commitment to the blues, and showed the influence of acts such as Cream and other blues-based bands, it was also a fine showcase for the kind of playing that Bunker liked. Alas, by the time it was released, the group was already moving away from jazz and blues and Abrahams -- the most committed to the blues of any of them -- was out of the lineup by the end of 1968. Cornick left next, but Bunker was there for the entire three-album run-up to their commercial and critical triumph with Aqualung, including the group's early tours of the United States. He wasn't comfortable with the more complex progressive rock elements that were starting to manifest themselves in Anderson's writing and the group's sound, however, and had also decided to get married -- his exit from the band followed soon after. He was succeeded by Barriemore Barlow, and over the next few years Bunker concentrated on the closer-to-home endeavors of running a dog kennel and pursuing his original field of engineering.

He wasn't entirely done with music, however, nor was Chrysalis Records -- to which Tull were under contract -- done with him; he ended up joining Procol Harum refugee Robin Trower, Frankie Miller, and Jim Dewar in a band called Jude, who were signed to the label but never released an LP. Somewhat more visible was his tenure with Blodwyn Pig, the blues-based band formed by fellow Tull refugee Mick Abrahams, who, in the decades since, has periodically pursued musical projects to which Bunker has contributed. He also kept his hand in music by working with Gordon Giltrap, Steve Hillage, and Manfred Mann. In more recent years, he has also shifted his blues orientation laterally, over into folk music, as the drummer for the Vikki Clayton Band, backing the folksinger on stage. In 1998 he released the solo album Awakening, which included appearances by Ian Anderson and Tull guitarist Martin Barre. Another independent release, Diving in the Past, was issued in 2005; credited to Bunker and the Italian Tull tribute band Beggar’s Farm, the album also featured a guest appearance by Bernardo Lanzetti, former vocalist of Italian proggers PFM. ~ Bruce Eder, Rovi 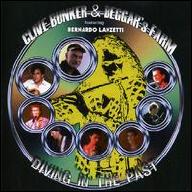 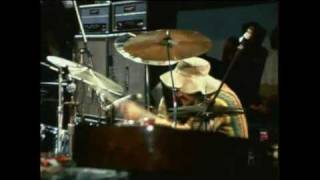 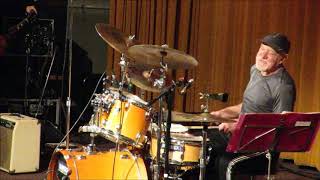 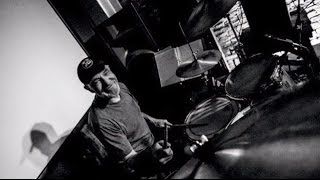 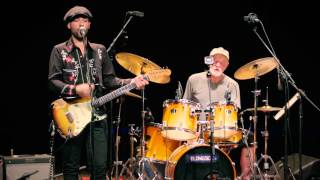 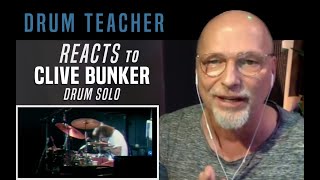 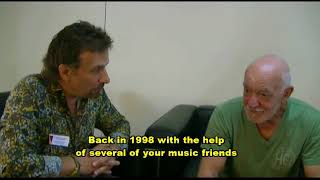 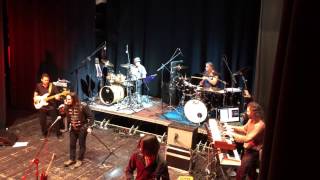